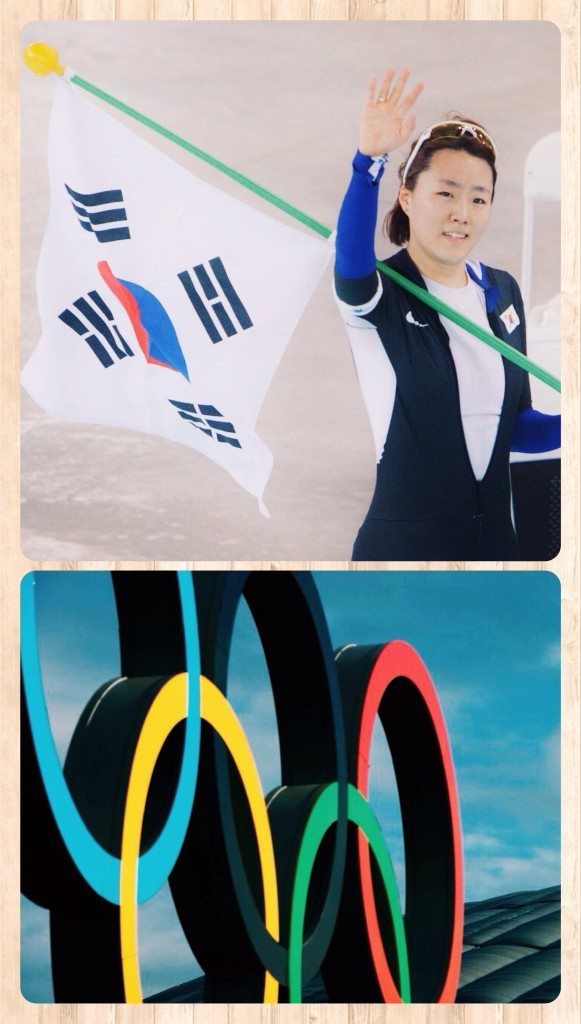 Lee Sang-Hwa carries the Korean flag after winning the gold for the women’s 500 meter during the 2010 Vancouver Winter Olympics. (Photo Credit: Kris Krug)

On February 11, South Korean Lee Sang-hwa claimed gold in the 500-meter women’s speedskating. It was a no contest race. Lee pulled cleanly ahead, setting a new Olympic record with 37.28 seconds. She also beat the previous combined time of 1.14.75 by five tenths of a second with 1.14.70.

But she was humble about her win. AP reported her saying, “I don’t like to be considered a phenomenon in my country. I am not a star. I dislike hearing it again and again.”

Two years ago, a few athlete’s from the nation of less than 50 million people wowed the world at the London Olympics: the nearly homeless valuter claimed the gold with his signature move, “the Yang”, Kim Hyeon-Woo, the wrestler with the swollen eye and his hard earned gold medal, the Korean soccer team who never medaled before, managed to get bronze.

Lee is another example of what Dr. Moon called the Korean character of “exceptionalism.” He told Global Peace Leadership Conference attendees, “We dream big, defy the odds, and achieve what others think impossible. We are self-reliant, and are creative innovators when faced with new challenges.” This quality is what has driven Korea’s recent contributions to technology, information systems, governance and culture. And at the heart of this drive for excellence is the ethic to live for the benefit of humanity. 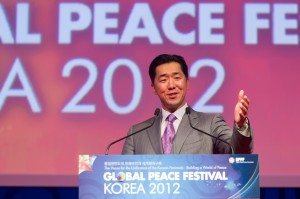 As Korea begins to consider unification, it will need its character of exceptionalism more than ever before. The territory is uncharted and the process untried. It will require firm determination to a vision, and a willingness to try for the impossible.