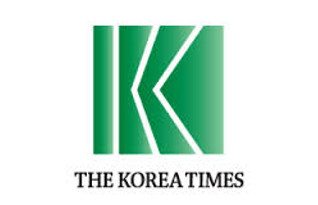 More young people should take part in efforts to promote unification of the two Koreas, according to Moon Hyun-jin, chairman of Washington-based Global Peace Foundation (GPF).

“Young people need to take the lead in the unification movement as it will bring direct opportunities for them,” Moon said in an interview with The Korea Times.

The 45-year-old civic group leader, based in Seattle, visited Seoul to give a speech at the GPF-hosted unification conference held on Oct. 9.

Moon, who was born in Korea but moved to the United States at the age of four, established the GPF in 2009 and initiated the civic-led movement for unification the following year.

Moon noted that young people are estranged from the idea of unification because they have been “misinformed” by their parents’ generation.

“My generation says unification would cost too much. But this is just an opinion, not a fact,” he said.

“They also have the wrong assumption that the South Korean economy will maintain its trajectory. But it’s not going to continue as it did over the last 30 years.

“Basically, they think unification is irrelevant to them,” he added.

Moon argues that for young people, the realities they face demand the opposite.

“In South Korea, it is next to impossible for innovative young people to have access to capital because of the structure that only favors a few chaebol firms.

“Though highly-educated, they also suffer from the high unemployment rate. Doesn’t that imply that this economy has fundamental flaws?” he said.

Moon believes unification can be a breakthrough for young people.

“The unification process can force society to tackle this archaic economic system.

“Because unless the South Korean economy becomes healthier, it will be very difficult to lead and absorb the North Korean economy,” he said, indicating that economic reform will be inevitable in preparation for unification.

“This is why unification is tremendously relevant for young people.”

For Moon, the unification movement runs through his family.

His great uncle was a prominent member of the Korean anti-colonial movement and helped draft the Independence Declaration in 1919. His father, the late leader of the Unification Church Moon Sun-myung, was engaged in North Korean business since he met North Korea’s founding leader Kim Il-sung in 1991.

Moon Sun-myung established the international company Mount Geumgang in 1994 and launched tours to the mountain in 2008. The following year, he established an inter-Korean joint automobile maker Pyeonghwa Motors.

Moon regards his father more as an activist than as the founder of a religion.

In a recently-published book, titled “Korean Dream: A Vision for a United Korea,” he mentioned, “Beyond the religious perception, my father saw unification of the Korean Peninsula as critical groundwork to realizing world peace.”

He organized an alliance of NGOs, Action for Korea United (AKU) in 2012 and mounted a campaign to encourage South Koreans to donate 1,000 won, equal to the cost of three meals for one North Korean. The AKU grew into the largest NGO for unification movement in South Korea.

This year, Moon-led GPF further reinstated its presence by producing a campaign song in a bid to raise awareness about unification among young people.

For the campaign, 1,100 civic activists, including people from the liberal and conservative camps, joined hands; the first time in the history of South Korean civic society which is divided due to ideological conflicts.

Leaders of rival parties_Rep. Kim Moo-sung of the Saenuri Party and Rep. Moon Jae-in of the New Politics Alliance for Democracy_also took part in the making of a song titled, “One Dream, One Korea,”.

The NGO leader stressed that civic society should take the lead in pushing for unification.

“How things work in a democratic society, it is civic-led. If there is any movement for change and transformation, it is bottom up, not top down,” he said. “The larger a civic movement is and the more that young people are at the front of it, the more politicians will follow.”

But overcoming ideological rivalry and having a unified vision inside South Korean society is a prerequisite to a successful approach toward unification issue, Moon noted.

Referring to the Sunshine policy of the Kim Dae-jung administration as an overall failure, he said, “It is because there was no comprehensive vision and strategy for engagement with the North on a national level.”

He advised the public to come out of the Cold War framework and build a common platform.

Change is now possible down the road, he added.

“The number of people taking part in the unification movement is growing exponentially,” he said, mentioning that AKU members grew from 300 to 750 in a year and is expected to be over 1,000 by the end of this year.

“If a person dreams a dream then it is a dream, but if everyone dreams the same dream, then it is a reality,” he said, quoting Ghengis Khan.