Korea at a Crossroads

The recent civilian protests in South Korea that began in late October and continued to the beginning of December demanding transparency and deep reform to the current political and economic system, brings to light ongoing problems. As Dr. Moon pointed out in his book, South Korea has ranked between 36 to 46th on Transparency International’s Corruption Perception Index. From bank scandals to the sinking of the Sewol ferry, and the recent political issues, there have been indications of fraying moral values that should begin in the family and extend out into the larger society.

As millions have rallied to push back and demand for a better nation, it is imperative that the populist protests not become one just for the sake of change, but be the start of a national movement rooted in an enduring vision, time-tested principles and shared values.

This is an opportunity, as every challenge is, to look back to the founding ethos of the Korean people, the thread that has guided them through war, occupation, and social upheaval. In these trying times, Korean’s founding principles can act as a touchstone and call upon the Korean people to build a model nation that reflects the spirit of these age-old ideals.

Hongik Ingan laid out the principles that took root in the Korean consciousness, leading Koreans to aspire to high-minded ideals and adopt a fundamentally spiritual outlook toward life. On the level of society this produced the desire to establish an ideal nation and to become a source of inspiration and learning for the rest of humanity. This hope is clearly expressed in the quote from visionary Korean independence leader Kim Gu that opens chapter 4 of Korean Dream:

“I wish my nation would be a nation that doesn’t just imitate others, but rather it be a nation that is the source of a new and higher culture, that it can become the goal and an example [for others]. And so true world peace could come from our nation. I wish peace would be achieved in our nation and from there to the world. I believe that that is the Hongik Ingan ideal of our national ancestor Dangun.” 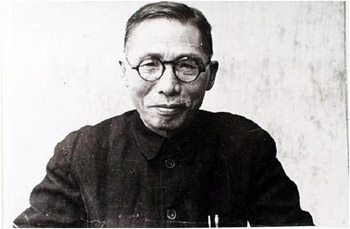 Kim Gu, a leader in the Korean independence movement.

The Korean people are at a crossroads. There are tragic human rights abuses and the threat of nuclear war looming in the North and even amidst enviable economic development and modernization in the South, there is the rapid dissolution of the Korean traditional family systems and culture.

The recent political developments in the South prove the immense power of a people united by a cause. Will the Korean people grasp this opportunity to rally around a vision that can propel them forward as one people? What will be the basis for this new movement?

The Korean people have defined the desire for change but they must ask themselves: how do they want to define their destiny as a people?