An Israeli and Palestinian Find Peace From Within 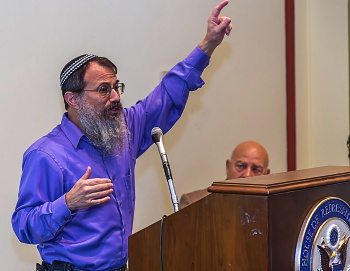 “For peace to be established there must be reconciliation. But reconciliation cannot be forced; it has to occur naturally from the heart”

Conflict between people has always existed, yet globalization today has now transformed what were once local conflicts into global issues. And while it is difficult to pinpoint a single cause for any conflict, the path to reconciliation and peace must include a fundamental shift in the human mind and heart.

At a recent forum in DC hosted by Global Peace Foundation – USA, social activist Ali Abu Awwad and Rabbi Hanan Schlesinger spoke on the divide between Israelis and Palestinians on the West Bank. 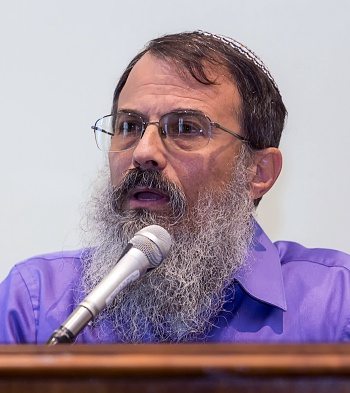 Rabbi Hanan Schlesinger, founder of Faiths in Conversation and director of Roots.

Rabbi Hanan Schlesinger, self-described as a Jew, Zionist and a Settler living on the West Bank, shared his story of how he had lived 33 years of his life in an area where there were 9 Palestinians for every one Israeli. Yet in those 33 years, he had managed to have never met a single Palestinian.

One day, as he was driving some Protestant pastors to Jewish settlements along the West Bank, he stopped the car for a hitchhiker. One of the pastors remarked, “You’re such a nice guy. You pick up hitchhikers.”

The Rabbi responded, “We do pick up hitchhikers; we trust each other; I pick up every person who sticks up his finger.”

And yet as he finished the sentence, he realized he was lying. He didn’t pick up every person who stuck up his finger–he only picked up Jewish hitchhikers. In that moment, he realized he still had “spiritual and moral work to do” and soon became involved, through referral by a Global Peace Foundation staff member, with “Roots”, a joint Palestinian and Israeli peacebuilding initiative based in the West Bank. 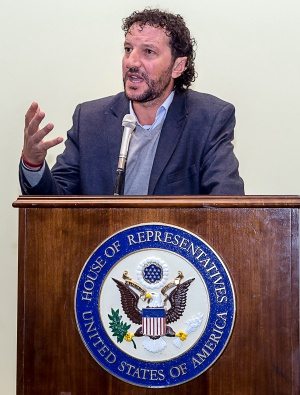 On the other side of the divide, Mr. Ali Abu Awwad, a Palestinian, shared his story about his life following the death of his brother at the hands of an Israeli police officer. He was, understandably, filled with hatred and distrust towards Israelis. Yet only a week after his brother’s death, a group of Israeli parents visited his house “crying the same colors of tears as my mother”, to offer comfort to his family.

For Awwad, this experience was shocking, as he was accustomed to only seeing Israel’s stone-faced politicians and armed military police at government security checkpoints. It was when he saw the human side of Israel that his perspective began to shift. And while his was not a straightforward or clear trajectory, he soon became a nonviolent activist working for peace through initiatives such as Roots.

Rabbi Schlesinger and Mr. Awwad’s stories both point to the moral imperative to see beyond identity-based lines. Both are powerful testaments to the nobility latent within the human spirit that Dr. Hyun Jin Preston Moon seeks to uplift and promote through the activities of the Global Peace Foundation. Peace can and must come about naturally from within the hearts of men and could never successfully be imposed through political or legal arguments.

As seen in the example of Rabbi Schlesinger and Mr. Awwad, who tour the world speaking on going beyond being ‘Pro-Israel’ and ‘Pro-Palestine’ to being ‘Pro-solution’, there is a fundamental truth that all people can recognize when given the opportunity. We need to work to acknowledge that what we share, rooted in our divine nature, is greater than what divides us.

Read more about the forum, “Painful Hope”, on the Global Peace Foundation website at: https://www.globalpeace.org/news/global-peace-foundation-usa-co-hosts-israeli-palestinian-forum-dialogue-and-engagement-us