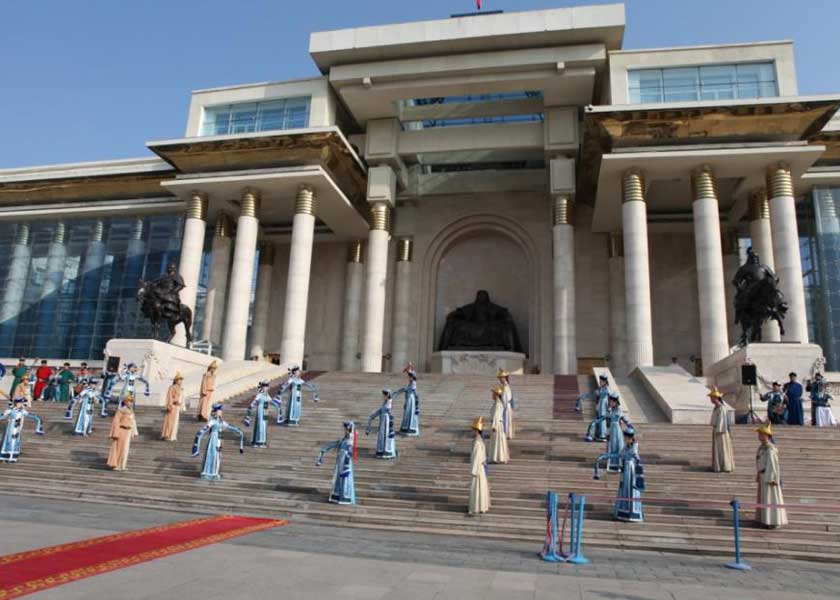 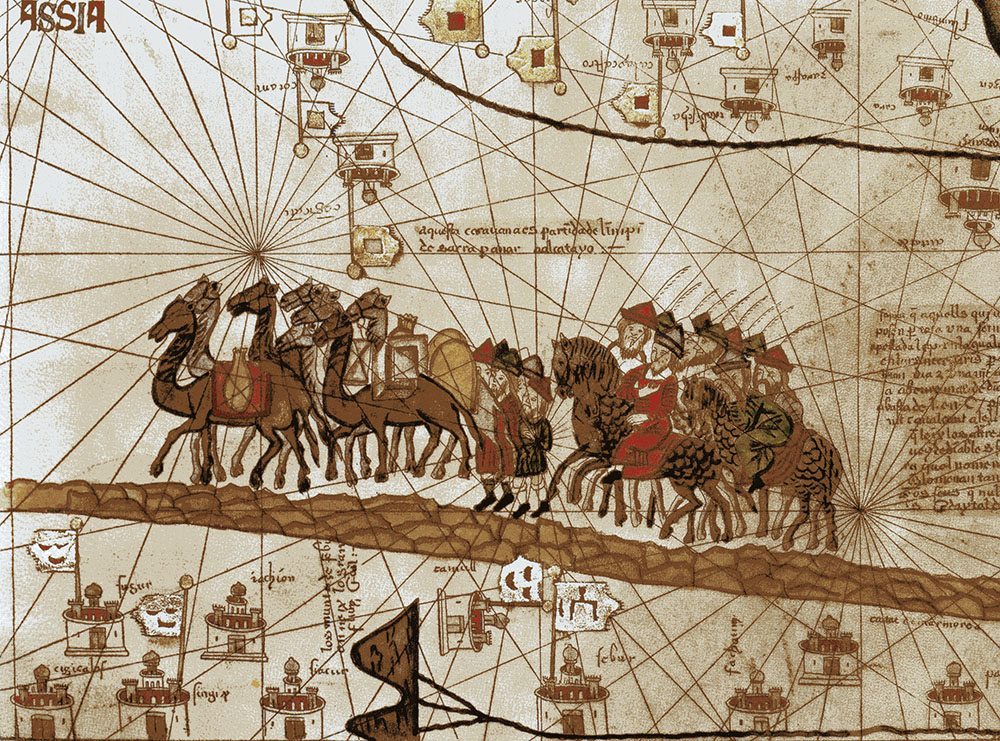 A closeup of the Mallorquín Atlas depicting Marco Polo traveling to the East during the Pax Mongolica (Photo Credit: Abraham Cresques, Atlas catalan)

Tribalism describes the way human societies have operated for nearly the whole of human history. As an organizing principle based on the notion of shared kinship ties, tribalism makes distinctions between those of the tribe and those who are not.

The danger of this kind of thinking is that it implicitly creates an “us versus them” mentality. With such a worldview, peace, cooperation and prosperity becomes limited to the accepted boundaries of the tribe. If there was cooperation between tribes, even this might  be only temporary or very limited in scope.

War then becomes a natural outcome of this type of thinking and many of the worst examples of human behavior emerge when one tribe has effectively “de-humanized” those who stand outside of the tribe. Moreover, tribalism and the conflicts that arise with it limit the exchange of information, ideas and, subsequently, any kind of development or advance beyond a single group.

A look back into history shows how civilizational progress was made possible, when the notion of identity expanded rather than retracted. One example is the era dubbed “Pax Mongolica” in the 13th and 14th centuries during the rule of the Mongols. This period is all the more remarkable when considering the constant warfare and subsistence-level living standards common among the various Mongol tribes before the rise of Genghis Khan.

A largely nomadic people, looked down upon as “barbarians” by even those they conquered, the Mongols were nonetheless able to establish an empire that spanned across Southeast Asia, and as far as Eastern Europe at its peak. More notable still was the fact that the Mongols were able to extend the notion of kinship to include even those of the captured population. Jack Weatherford notes in his book Genghis Khan and the Making of the Modern World:

“Genghis Khan was not merely making alliances between his family and their ruling families. He was accepting the entire tribe or nation into his empire as familial members, since, in the political idiom of the tribes, granting kinship to the khan was tantamount to recognizing family ties with the whole nation. In this way, the idiom of kinship has expanded into a type of citizenship.”

In order to substantially maintain these ties, Genghis Khan turned to principles and values as instituted in the Great Yasa, the Mongol code of law:

“As he smashed the feudal system of aristocratic privilege and birth, he built new and unique systems based on individual merit, loyalty and achievement […] He created an international law and recognized the ultimate supreme law of the Eternal Blue Sky over all people.”

This change was significant in a time when the concept of rule of law was unimaginable. And this was only possible because the Great Khan himself believed himself to be but an instrument of the universal order and subject to failure if he were to deviate from it, insisting “on laws holding rulers as equally accountable as the lower herder.”

As the empire expanded, a hugely diverse population became an asset. The relatively free exchange of ideas and information helped to develop innovations and developments in everything from trade, agriculture, medicine, the arts and beyond.

The empire eventually declined after Genghis Khan’s death as his descendants created new lines of identity, and the notion of a greater empire collapsed into the incipient factionalism and tribalism that had come before it.

It is instructive today to revisit the lessons from Pax Mongolica as a pattern of new kinds of “tribalisms” is now observed around the world in the 21st century. This alarming trend of negative values poses a threat to the many social, technological, scientific advances that we have made as a global community.

We are called now to remember again that great things are possible when we transcend parochial interests and work for something bigger.