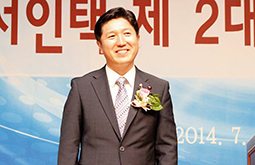 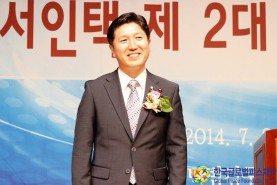 In his inaugural address, Mr. Seo placed special emphasis on GPF’s commitment to Korean reunification. “To reach the destination of unification, we must first have a great vision,” he said. “The Korean Dream is not just about becoming an economic powerhouse, it is about establishing a moral nation that carries on the ideals of hongik ingan and upholds the nobility and value of each person.”

The Korean Dream is a term coined by Chairman of Global Peace Foundation, Dr. Hyun Jin Moon at the Global Peace Convention 2011. Dr. Moon harkened to the principles hongik ingan, a philosophy that formed the ethics of the ancient Korea kingdom of Geojoseon, as the foundation for a unifying vision for the Korean peninsula, the Korean Dream.

“We need a vision not just for South Korea, a national vision that aspires to create a new nation united with North Korea,” said President Seo. He announced the upcoming The Global Peace Leadership Conference in late September as an opportune venue to build consensus around such a vision.

“The Korean Dream is not just about becoming an economic powerhouse, it is about establishing a moral nation that carries on the ideals of hongik ingan and upholds the nobility and value of each person.” 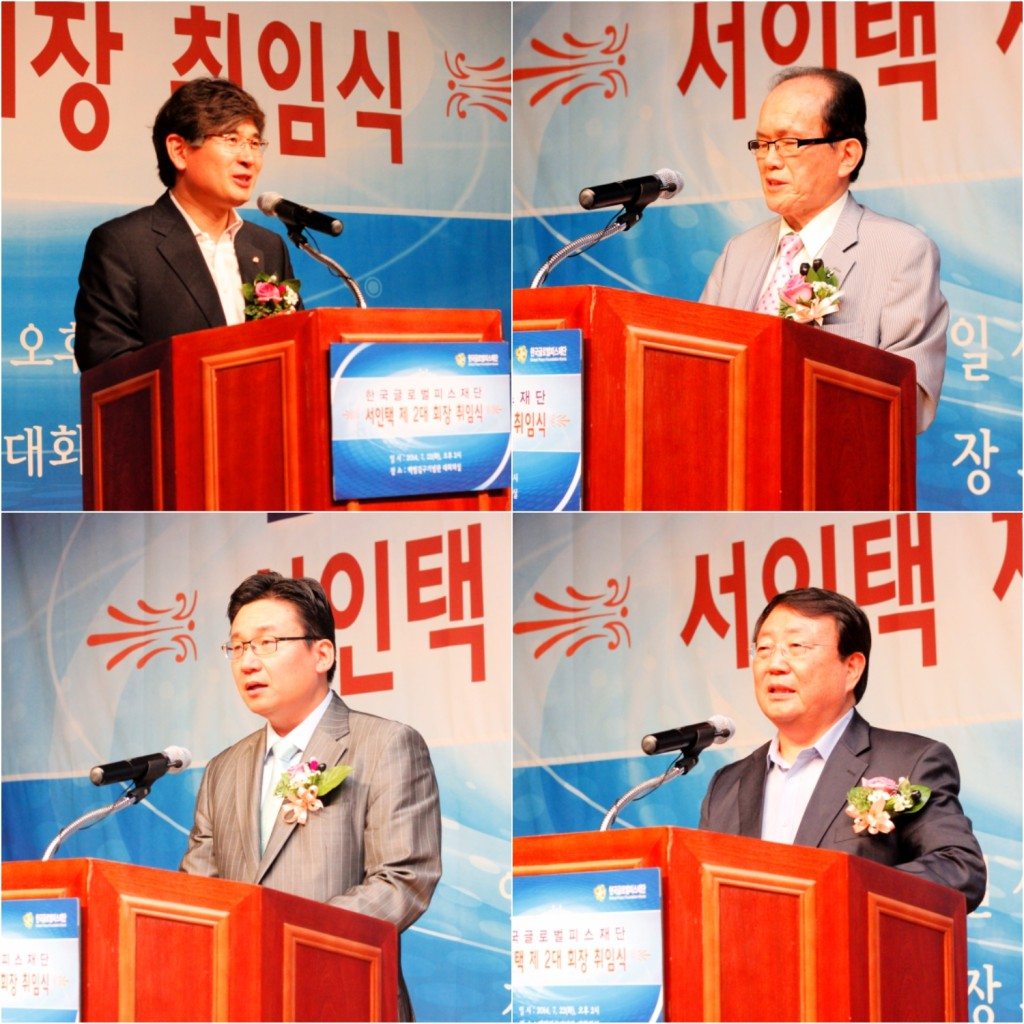 Representing the Global Peace Foundation, senior Vice President, Youngjun Kim emphasized GPF-Korea’s mission to cultivate vision and leadership that will define Korea’s future. “The leaders of the twenty-first century have to become the ones that live by universal principles and shared values,” he said. Leading figures of Korean society delivered congratulatory messages and encouragement. In his welcoming address, Wonsun Park, mayor of Seoul Metropolitan said, “I congratulate Intaek Seo’s inauguration as second president of GPF Korea from the bottom of my heart.” He recognized GPF’s work with foreign exchange students, noting improved relations with local Seoul residents and foreigners.

Jaeyun Kim, representing the New Politics Alliance for Democracy, called  President Intaek Seo “a prepared leader who will bring us closer to realizing the unification of our country and world peace.” He mentioned GPF’s the timely and central role in supporting Korean unification, citing President Park Geunhae’s remarks from early this year that “unification is a jackpot.”

Cheolgi Lee, National President of the National Advisory Council, commended GPF-Korea’s efforts. “GPF Korea is in the frontlines of establishing the peaceful unification of North and South Korea. It is investing all of its expertise and capacity into creating a world where everyone can live in happiness, harmony and mutual understanding.”

Gapsan Lee, representing the Korean NGO Association described GPF as “a worldwide NGO” and encouraged other NGO’s to join the expanding global coalition. Global Peace Foundation has been a principle partner in Action for Korea United, a union of over 300 NGO united in a coordinated effort for Korean reunification. Intaek Seo expressed his commitment to the vision of GPF and its goal of securing peace. He said, “GPF’s vision of ‘One Family under God’ is a powerful vision that when realized can bring an end to war and conflict and substantiate peace.”

The inauguration was covered by Korean News outlet NewsIs.