In Honor of Korea’s Memorial Day 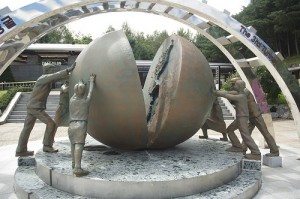 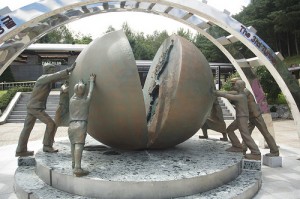 Koreans are the masters of their destiny. From this nation should arise leaders and patriots who are willing to put their lives on the line for a new Korea.

This week, the Korean people commemorated the patriots who gave their lives for the birth of Korea. In South Korea, the Memorial Day is a day when we Koreans honor our obligation to the nation that we are a part of.

This year, I want to challenge us to rethink our paradigm and also celebrate the beginning of a transformation. A transformation is starting that will make the Korean people one people, on one peninsula, with one common destiny.

The elderly of Korea, especially those over 50, experienced the devastation of war. Their blood and sweat has made this nation what it is today. Yet, the young people in their 20s grew up in the luxury of South Korea’s development with little concern for their history or their connection to the people of North Korea.

We have been divided not by our own will, but by the turn of history. I have family members in North Korea who I have never seen in my 40 years of life. The 38th Parallel stands between fathers, mothers, brothers and sisters, husbands and wives. At this time, shouldn’t we carry a vision that inspires the people of Korea to once again dream of one united Korea – dream a dream strong enough to tear down the division between North and South?

Koreans are the masters of their destiny. From this nation should arise leaders and patriots who are willing to put their lives on the line for a new Korea.

I am seeing a transformation beginning.  Just last month a pledge campaign was launched at the National Assembly building asking South 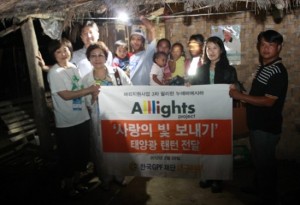 Koreans, “What would you pledge for reunification?” Creative, grassroots initiatives like the Alllights program that provides solar powered flashlights to developing nations, or a 1,000 won drive for bread factories in North Korea are emerging as a reflection of this transformation.

On this Memorial Day, let us commit to a Korean dream that gives hope, not only to the Korean people, but to the entire world.