Founding Ideals of a Nation 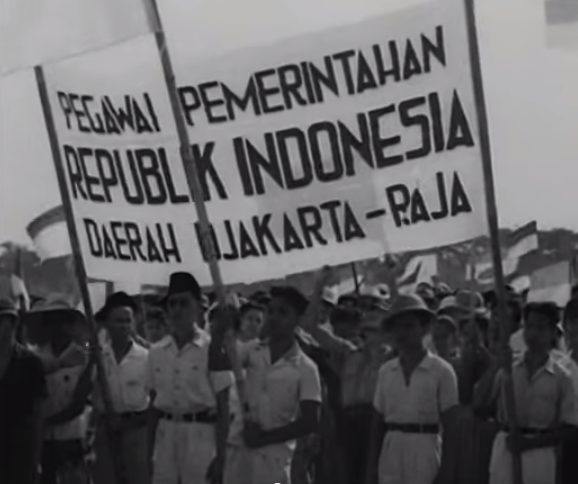 When lecturing on “What is a Nation”, French scholar, Ernest Renan, suggested that building a nation required acceptance of the past and choosing new realities for a shared future. He explains:

A nation is therefore a large-scale solidarity, constituted by the feeling of the sacrifices that one has made in the past and of those that one is prepared to make in the future. It presupposes a past; it is summarized, however, in the present by a tangible fact, namely, consent, the clearly expressed desire to continue a common life.

And yet what we see today is a rejection of this “desire to continue a common life” in the rise of subnational, identity-based and even transnational conflicts. Many point to specific political, economic, or religious factors as the cause, but consistently deepening divisions suggest that at the heart of these conflicts is a failure to see a common destiny. 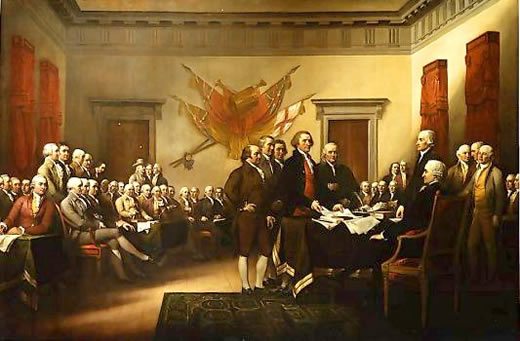 Painting by John Trumbull of the five men drafting committee of the Declaration of Independence presenting their work to the Congress.

When we see others as enemies and fail to recognize the human dignity and rights of others, we tread on dangerous ground. Throughout history and repeatedly today, we see time and again that humans do terrible, inhumane things to each other when we exclude some as being unworthy of basic moral considerations. There are simply too many instances of this in the news today. Fortunately, history has also shown us that it is possible to bridge perceived divisions in order to create new possibilities for peace and shared prosperity.

The founding of the United States was based on the belief of a moral imperative to live and organize according to the “laws of nature and of nature’s God”. This recognition of spiritual principles became then the basis for essential spiritual values and subsequently, rights, to all people. Although the time of the founding of the United States permitted slavery within its territories, the founding documents of the Declaration of Independence and the U.S. Constitution, taken together, laid the ideological basis to eventually extend these rights to every person.

Similarly, we find that at a crossroad in its history, modern Indonesia made the conscious choice to establish a modern state based upon its spiritual values. Although Indonesia was and still is predominantly a Muslim country, it chose to enshrine universal principles at the core of its democracy out of respect for the diverse spiritual practices of its population. It is out of this freedom to practice in accordance with one’s conscience that has given rise to two of the largest Muslim civil society organizations in the world, Nahdlatul Ulama (NU) and Muhammadiyah.

Despite the geographic, cultural, religious, linguistic and many other differences in between, these two countries at opposite ends of the globe pursued very similar courses in placing universal principles and shared values as the basis of more inclusive societies. While each has struggled to maintain a hold of these principles and values, the vision and aspirations contained in the founding ideals continue to guide each nation towards greater equality, unity and prosperity for all.