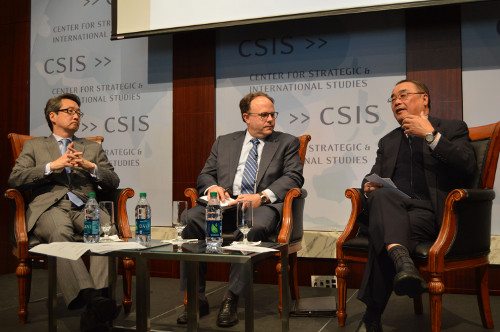 “This is a moment of decision. We stand at an inflection point in history where all factors are converging to accentuate the destiny of our people. Unlike the 20th century, the future of our peninsula, the region and the world lies in our hands. We hold all the cards, if only we are bold enough to seize this moment and shape what is to come.” Korean Dream: A Vision of a Unified Korea, Dr. Hyun Jin Moon 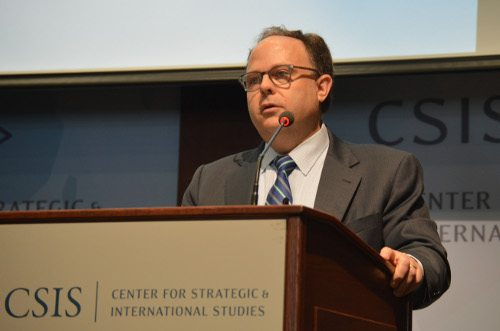 A recent forum at the Center for Strategic and International Studies (CSIS) in Washington D.C., jointly sponsored by the CSIS and the Global Peace Foundation examined changing relations between China the United States and the two Koreas.

According to Global Peace Foundation report, Ambassador U.S. Special Envoy for the Six-Party Talks Sydney Seiler told the full house that the United States and China have been working to “align and reconfirm” common goals, of which a high priority is Northeast Asian peace and stability.

“China seeks peace and stability in Northeast Asia; so do we,” Seiler said. “China seeks denuclearization of the Korean peninsula as a foundation for peace and stability. China understands the economic benefits of a peaceful and stable Korean peninsula, and so do we. And as a path toward these goals China seeks the return of North Korea to authentic and credible denuclearization negotiations; so do we. This consensus can form a firm foundation in the years ahead.”

The forum is a third in series that examines central topics concerning the unification of the Korean peninsula, many of which are raised in Dr. Moon’s award-winning book, “Korea Dream: A Vision for a Unified Korea.” Dr. Hyun Jin Moon posits a new approach to unification focused on a common vision rooted in the Korean people’s indigenous spiritual heritage as opposed to the traditional frameworks of the cold-war and political economic perspectives.

Among other contributing factors to China’s shifting perspective towards the Korean peninsula raised at the forum is China’s growing economic relations with the Republic of Korea. Comparatively, trade between China and the ROK is 45 times that of China and the DPRK.

Dr. Quansheng Zhao, Professor of International Relations and Chair of the Asian Studies Program Research Council at American University, provided an introspective look at China’s changing political make up and how has factored into China’s shifting position towards the two Koreas. “China is much more pluralistic,” he noted, “with different schools of thought.”

In the early 90’s China began normalizing relations with the ROK, moving away from ideologically driven policy towards more pragmatic, national interest driven decisions. China has also adopted what Dr. Zhao called a “co-management approach,” that takes into consideration global governance. However, despite some consensus on issues such as denuclearization of the peninsula, internal debates about topics such as keeping North Korea as a buffer state still continue.

The forum acknowledged the multiple opportunities presented with unification. Unification would enable infrastructural development in the North, and open new avenues for trade with emerging regional partners like China and Russia. Korea shared history with China and the United States prior to its independence would also allow it to serve as a natural intermediary between East and West.

But, as Dr. Moon points out in Korean Dream, the final decision rests in the hands of the Korean people.