Oct 30, 2017 | Interfaith, One Family Under God, Peacebuilding, Principles and Values 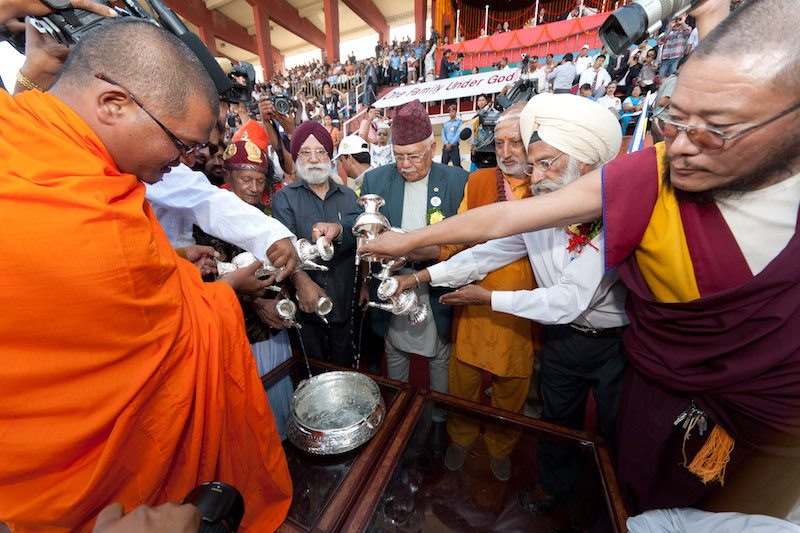 A recent report for the Joint Economic Committee of the U.S. Senate, The Social Capital Project, documents and details an unraveling of the American “social fabric.” This loss of “social capital” is, put simply, the loss of a basic trust among neighbors, communities, and more. An apt metaphor, we look at the fraying fabric of society and ask ourselves why the threads are breaking and then how we might renew and revitalize our shared public square.

As meaning-seeking creatures, human beings, as individuals and as a group, have always turned to seek out meaning, purpose and motivation for their lives. It becomes interesting to understand that the Latin root of the word ligio means “to bind” and re- suggests that religion is a force that seeks to bind together what was disconnected.

This is not to suggest in any way that religions are all the same or should believe, act or be the same but rather that they have the potential to form powerful bonds among people for the good of the whole. Yet today we see that while religions might be tightly bonded within their own particular group, society as a whole sees large swaths of the population threadbare, fraying, where “things fall apart.”

Religions in the life of nations

The notable role religious life plays in the overall well-being of society is detailed in the Social Capital Project:

Religious institutions that convene people under the banner of shared beliefs have powerful community-promoting advantages as compared with secular institutions. They provide a vehicle for like-minded people to associate, through regular attendance at religious services and other events and charitable activities they sponsor. Religious institutions are highly effective at enforcing commitment to shared principles and norms of behavior, passed down over generations.

Moreover, they report that religious groups provide benefits that go beyond the  “religionists” themselves: 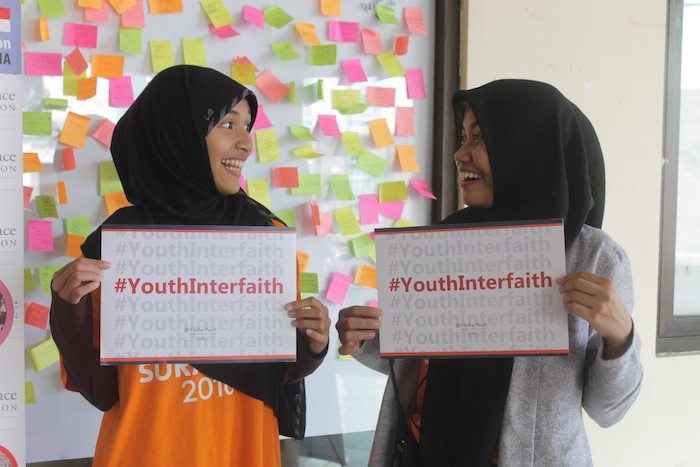 Churches and other places of worship encourage coreligionists to bond in the context of denominational activities. But they also facilitate associational life among adherents outside religious activities and thereby produce wide-ranging benefits. People who live in communities where their coreligionists are more numerous have higher household incomes, greater educational attainment, higher marriage rates and lower divorce rates, […]

Further, religious institutions encourage investment in social ties outside the denomination. Religious membership is also strongly correlated with “voting, jury service, community projects, talking with neighbors, and giving to charity. Putnam and David Campbell surveyed Americans and found that 91 percent of those volunteering for a religious group also volunteered for a secular group. Further, only one-third of adults who did not volunteer for a religious group volunteered for a secular one. “Regular churchgoers,” say Putnam and Campbell, “are more likely to give to secular causes than nonchurchgoers,”

So how can we work to, as Mencius put it, “take this very heart here and apply it to what is over there”? How can we make “out of many, one” based on our “favored undertaking”?

Unus E Pluribus: Out of many, One

In 1630, when the first Puritans were on course to the vast unknown North American continent, the first Governor of the Massachusetts Bay Colony proclaimed that they were undertaking an “errand in the wilderness” to, essentially, build a “Citty [sic.] upon a Hill,” i.e., a model for all nations. Many scholars today point to this “errand” as the basis for what is called – for better or worse – “American Exceptionalism.” This phrase is used to express the idea that the United States of America sees itself as playing a moral role for all the nations of the world. While this role has been studied, lauded, criticized and scrutinized, the United States in its relatively brief history continues to play a central role in shaping global attitudes, challenging the status quo and more.

In celebrating the centennial of the founding of the United States, John Gorham Palfrey, a community leader in early Massachusetts society, connected the vision of the Pilgrims as what might be considered the spiritual “fruit” to the eventual “blossom” of the nation-state:

“the movement of John Adams and his compeers for Independence eighty-four years ago, and . . . the later products of self-government in America, are… what the fruit is to the blossom.”

Looking to the principles, values and aspirations of the Pilgrim forefathers has faded in recent years, overshadowed by debates over political, social and economic policies, programs, positions, etc. Yet it is instructive to understand that the hard work, sacrifice, and dedication of the first generations of the American ‘experiment’ was possible in large part due to the emphasis on religious freedom, piety, hard work and individual virtue. These values allowed for the spread of a culture that valued freedom, responsibility, opportunity – imbuing ultimate meaning and purpose to a diverse group of people with no other history and blood ties to bind them together as was traditionally the case in the “Old World”.

Great Awakenings and the Spirit of Civic Engagement

While still acknowledging the political and social factors that directly contributed to the Revolution, it is significant to note that, in the period leading up to the Revolution, dubbed the “First Great Awakening,” the enormously influential Anglican priest, George Whitefield, was advocating religious freedom and proclaimed liberty of conscience as an “inalienable right of every rational creature.”  He and other influential figures, such as Jonathan Edwards, called for individual freedoms and the responsibility of choice in matters of their own faith. This message and the egalitarian nature of the revivals may very well have influenced later calls for self-governance a generation later, at the time of the American Revolution.

In fact, in the days preceding the American Revolution, one British statesman explained the cause of the Revolutionary zeal stemmed from the idea that “every man thus being allowed to be his own Pope, he becomes disposed to wish to become his own king.”

In looking at the legacy of the first American patriots – men and women who ventured on the first Pilgrim voyage – we can observe the pivotal role that faith communities can play in advancing the dream of a land where we can be unus e pluribus (out of many, one). To more deeply understand this, we need to study an often-overlooked aspect of what was, for many years, the de facto national motto: annuit coeptis ([God] has favored our undertakings).

The idea of annuit coeptis could be directly linked to those who ventured out to build a “City upon a Hill” with the implicit but indirect reference to God – the Divine, Creator or the Transcendent. In this, we can surmise that although the country was essentially founded upon what is articulated as Judeo-Christian values, the intent was always to create a society based on “the laws of Nature and of Nature’s God” and not specific to any one tradition. 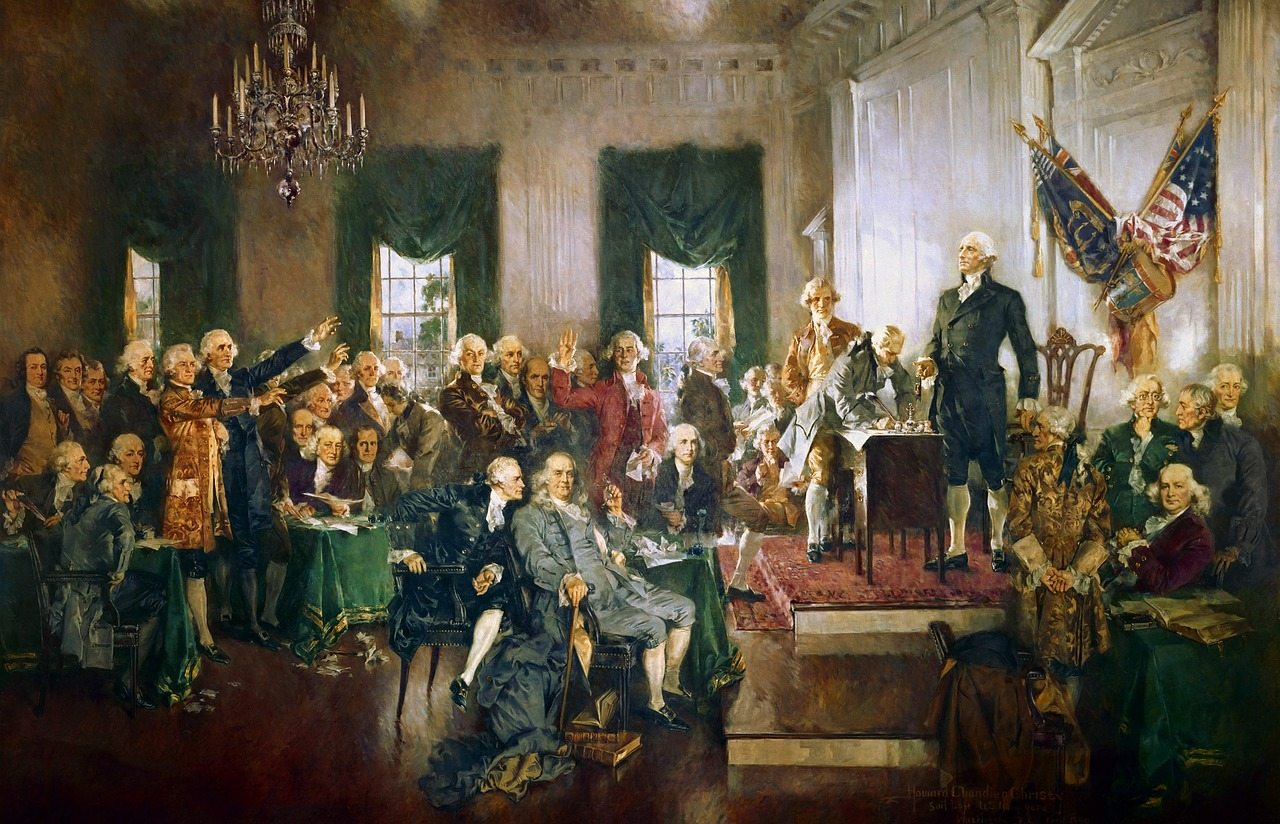 Read in this context, we can understand why the bulwarks of American history from George Washington, John Adams and more were so frank in their discussions of the role of religion in public life. While they may have debated and discussed different aspects of building a nation-state, the importance that they place on the religious groups in advancing the moral, spiritual needs of the fledging nation is abundantly clear.

George Washington, the first President of the United States: “[W]hile just government protects all in their religious rights, true religion affords to government its surest support.”

John Adams, the second President of the United States: “We have no government armed in power capable of contending in human passions unbridled by morality and religion. Our constitution was made only for a moral and religious people. It is wholly inadequate for the government of any other.”

Patrick Henry, Member of the First Continental Congress, Governor of Virginia: “The great pillars of all government…[are] virtue, morality, and religion. This is the armor, my friend, and this alone, that renders us invincible.”

In the generations that followed, those that continued to shape the country also understood the role religious life played in raising virtuous, engaged citizens to truly sustain the Republic. 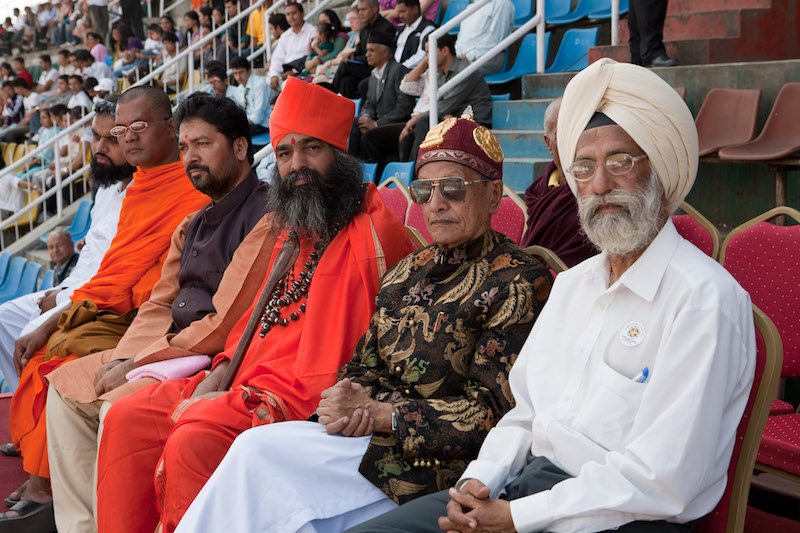 These ideals found in the American founding are also what guides the Global Peace Foundation in its interfaith approach. Ultimately, we seek sustained, long-term relationships and a wider sense of belonging and community through the of “One Family Under God”. By articulating self-evident, universally acknowledged spiritual principles and engaging communities in building a consensus around shared values, we have begun to see the “fruits of the blossoms” in the beginnings of peace, community building and opportunities for growth and shared prosperity.

While there are many parts to this work, among our models of interfaith leadership is the One Family Under God campaign in Nigeria where we are working to build a shared public sphere between previously divided Muslim and Christian communities. In India, we are working with faith and academic leaders to articulate an interfaith, ethical framework to guide civil society engagement in India and beyond.

Significantly, these conversations need to flow from faith and religious leaders to include people and leaders from every sector to be able to weigh in and work to figure out ways to apply shared values in their sphere of work and influence. This again requires local-level discussion and grassroots engagement to create communities and societies “for, by and of the people.”

Today is a time for people of conscience to see their place in this world, to engage with each other regardless of affiliation, to build a world of peace and prosperity as One Family Under God.