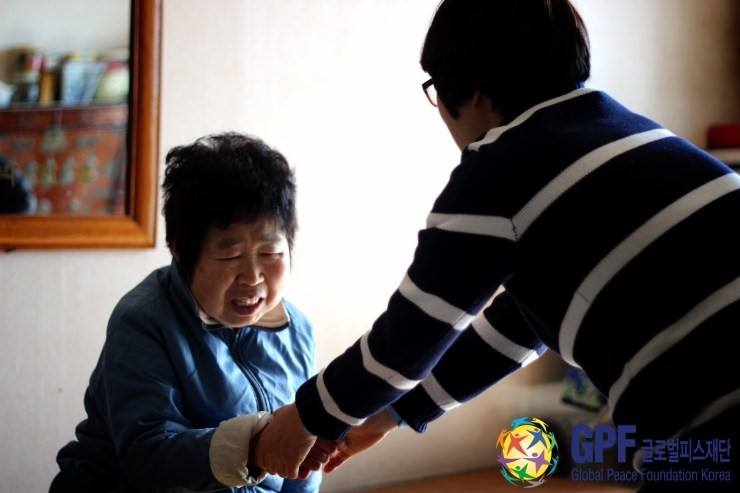 GPF-Korean volunteers visit the elderly. A large percentage of elderly in Korea live in poverty.

In 2014, The Guardian published an article on the rising number of elderly in Korea who are living in poverty. The writer visited Lee Yeong-sun, an 82-year-old Korean War veteran and his wife, who suffers from dementia.  The two live in a condemned apartment in Seoul with cracked windows and boarded doors. Elderly like Lee born before the Korean War, do not qualify for current pension programs. Lee struggles to live off of what he gets from a veteran’s group and a government welfare fund.

Lee told the Guardian that his only wish was to stay alive longer than his wife so he can take care of her. According to Lee, his children offer no help; one doesn’t even answer his calls. He and his wife are one of thousands of Korea’s elderly population who find themselves struggling to survive on an outdated pension system and a social structure that is crumbling as its foundation of extended family ties rapidly frays apart.

Over the last half-century, the education and economic growth in Korea has been astronomical. The silvering generation had much to do with this success. They built the infrastructure for Korea’s miraculous rise into the developed world and poured their life savings into their children’s education. However, the increased fixation on educational achievement and financial prosperity has eroded traditional values. The Guardian quotes a retiree living in Seoul, “The family has crumbled, that is why we are dying alone.”

This has resulted in a myriad of social problems. According to official statistics in December 2018, there was a shocking 45% increase in the past five years in crimes committed by senior citizens age 65 and over in Korea. Serious crimes including murder, arson, rape and robbery rose 70%, from about a thousand cases in 2013 to more than 1,800 in 2017.

The Guardian showed that a poll reported the percent of children who feel they are responsible to take care of their parents has dropped from 90% to 37% in the last 15 years. The rate of suicide in the elderly of Korea has, according to the Guardian, “trebled since 2000.” This is despite awareness campaigns, counseling services and support. Such statistics illustrate what Lee Sun-young, a senior center administrator interviewed by the Guardian observed, “People don’t have the psychological space to care for other people.”

The extended family model is the foundation of traditional Korean values.  Folk stories like ShimChung, a daughter who gives her life up to give sight to her blind father, taught filial piety as a central value of traditional Korean society. But, the wave of younger Koreans moving into the cities, have weakened family ties. Nuclear families have become standard. The phenomenon of the growing poverty in the silver generation is but one outcome.

Dr. Hyun Jin P. Moon decries this trend. “The extended family model is a model that takes care of our basic human needs with love, with heart,” he said. In casting aside Korea’s traditional extended family system, Korea as a whole loses its greatest asset. 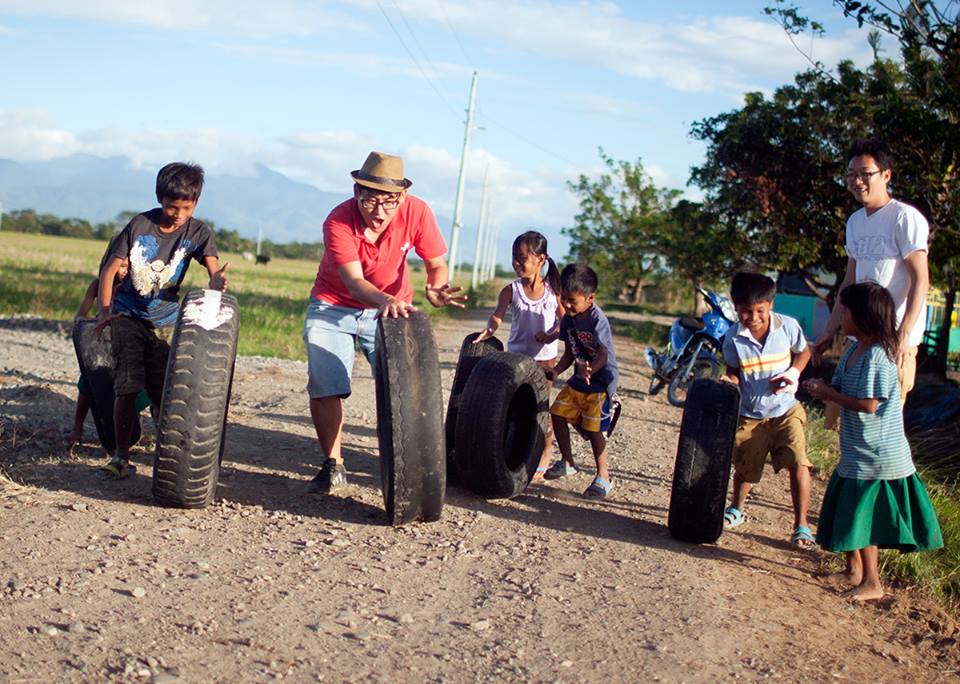 Global Peace Foundation (GPF) is working to renew the culture of modern Korean society by emphasizing how the extended family had always been a Korean treasure throughout centuries. In Korea, GPF engages citizens in providing meals and essential services to sustain the growing silver population. Their efforts are more than an offering of necessities, but a way to challenge the current trends of Korean society. With One Family Under God as the vision, GPF Korea is inculcating volunteerism and global consciousness through local and overseas service. Young and old, are leading a movement to move Korea away from its “cut-throat” and “ruthless competition” for the best test scores, schools, jobs, and back to its ancient calling to live for humanity.

From February 26 to March 1, GPF will host the 2019 Global Peace Convention under the theme “One Dream, One Korea, One World: Korean Dream: Vision for a Unified Korea.” March 1, 2019 will mark 100 years since the 1919 March First Movement for Korean independence, remembering a time when citizens peacefully ignited the dream to become a free and united Korea.

Today, this vision lives on in the Korean Dream, a civil society-led effort to revitalize the founding ideals of the Korean nation, expressed as Hongik Ingan, the dream to bring benefit to all humankind. This vision can not only heal the social breakdown crushing modern society, but bring hope to all the world, starting with a renewal of the Korean extended family model. In this, Korea can lead the way.