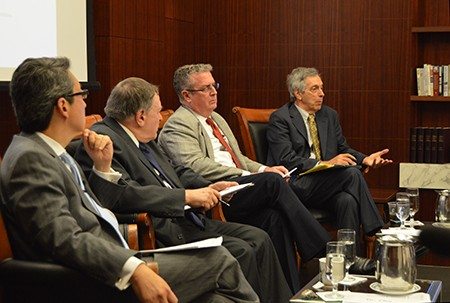 “Up until now, every discussion on unification has been consumed with the “process” of unification, usually seen through the lens of Cold War geo-politics and interests…I believe such a framework only exacerbates the social, political and economic divide between the two Koreas, making any sincere efforts for unification next to impossible. The real issue is whether we, as the Korean people, have a clear vision for unification.” -Dr. Hyun Jin Moon, Korean Dream

Panelists and speakers at a forum hosted by the Center for Strategic and International Studies and the Global Peace Foundation were cautiously optimistic about changing dynamics between Russia and the two Koreas. The forum is the fourth part of a series on Korean Unification. 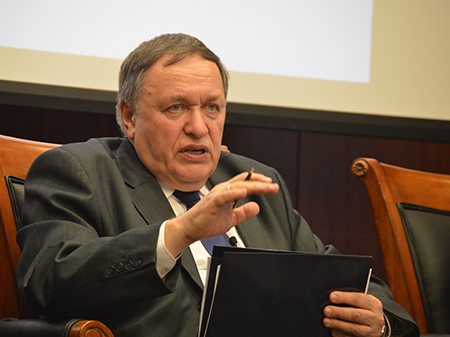 “Russia is strongly interested in better relations between North and South Korea,” Dr. Alexander Zhebin, director of the Center for Korean Studies at the Institute for Far Eastern Studies in Moscow

“Russia is strongly interested in better relations between North and South Korea,” said Dr. Alexander Zhebin, director of the Center for Korean Studies at the Institute for Far Eastern Studies in Moscow and 12-year diplomat and journalist to North Korea. “Economic cooperation will help to develop the DPRK economy, to make the North Koreans more prepared to live in a modern society. In other words, it will help to lessen the existing gap between two parts of the country and cut unification’s cost.”

Dr. Andrew Kuchins, senior fellow and director of CSIS’s Russia and Eurasia Program also sees the budding economic relationships in Eurasia as a positive force for Korean reunification. “The fundamentally important thing happening on the Eurasian continent is connectivity and how to take advantage of new transit corridors, and this is where unification and a soft landing of the Korean conflict is important.” 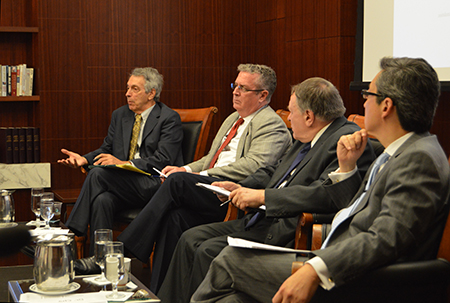 However, Dr. Gilbert Rosman, emeritus Musgrave Professor of sociology at Princeton University and senior fellow at the Foreign Policy Research Institute, advised caution, saying that a purely economic approach fails to consider the underlying ideological challenges.  He said it was impractical to expect that economic incentives would make North Korea “turn around and become a responsible state that may eventually be de-nuclearized”.

Nevertheless, Russia’s strengthened economic ties with the Republic of Korea as well and its continued relations with the DPRK point to a changing landscape in the post-cold war era, and opens new opportunities for connection between North and South Korea.

Yet whether unification eventually materializes is contingent on the Korean people and their will to embrace a shared destiny.