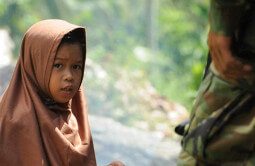 (Photo Credit: Guy Oliver/IRIN ) A young girl at Camp Salahuddin, a fishing village in the Tarragona district of Davao Oriental province on the Philippines island of Mindanao

Mindanao, the southernmost island of the Philippines, is home to three distinct ethnic-religious groups: Muslims, Christian migrant and Indigenous people. What should be the region’s greatest asset, has long been a source of bitter division and violence.

Clashes between Muslims and Christians can be traced as far back as the 1800s. At the turn of the century, the government of the Philippines declared “all-out war” with the Moro National Liberation Front (MNLF). The conflict is just coming to a close. On January 14, 2014, an official peace treaty was signed between the MNLF and the Philippine government, an agreement facilitated by the Malaysian government.

For many, including Dr. Estrella Abid Babano, former Department of Education Minister for Mindanao and founder of the Mindanao Peace Initiative, the treaty is just the beginning. “Peace is a process,” she emphasized. “You cannot just sign a paper and expect it to happen.” Dr. Babano has been at the helm of establishing peace through interfaith cooperation.

According to a recent post by the Global Peace Foundation about  Dr. Babano, her fight for peace in Mindanao is deeply personal. She has watched the conflict tear through her home and robbed an entire generation of peace and opportunity. The post cites a World Bank study that reported more than 40% of households in the area having been displaced and the region remains the poorest and most underdeveloped in the Philippines.

A longtime educator, Dr. Babano, is convinced “education is the permanent solution to our situation.” In her years of experience she has discovered that the foremost task of education is the education of the heart and the formation of a child’s values.

Thus, Dr. Babano has outlined four guideposts for peace education that she presented at the Global Peace Convention 2013 Interfaith Forum. These principles direct the process of “achieving a state of oneness among the tri-people.”

The guideposts are as follows: 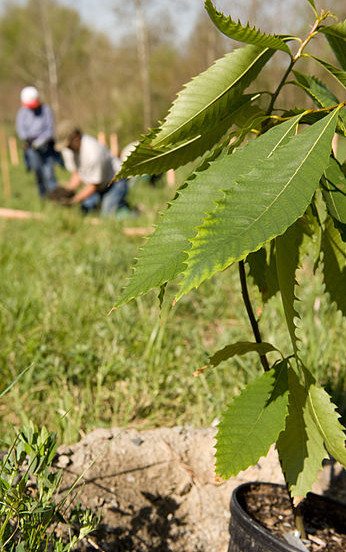 The Arms to Farms program has children trade in toy guns for seedlings. Transforming “instruments of death to nurturing of life.”

Based on these principles, the Mindanao Peace Initiative has given birth to many projects.

“It is only by investing the creation of a new culture of peace in the present generation that lasting universal peace can be achieved,” concluded Dr. Babano. Her approach is a developing example of how the Global Peace Foundation’s approach to engaging interfaith cooperation for sustainable peace. The culture of hate can be uprooted and seeds of peace planted in the soil of universal principles native to the world’s cultural-religious identities.

For the original blog post visit: www.globalpeace.org. Dr Hyun Jin Moon is founder and chairman of the Global Peace Foundation.