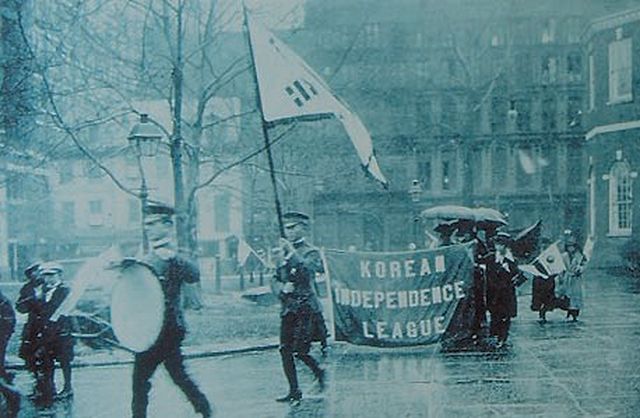 While most Koreans are very familiar with the March 1919 Korean Independence Movement, it is easy to forget the seminal role the Korean Diaspora played in the drive for self-governance. The non-violent demonstrations against Japanese colonizers on March 1st, 1919 resulted in a swift, brutal response from the Japanese military and much of the Korean Independence Movement was either driven underground or formally orchestrated from overseas.

To this end, the Korean Provisional Government of the Republic of Korea was formed in Shanghai, China and a Korean Congress was held in April, 1919 in Philadelphia, USA to clarify the “aims and aspirations” of the Korean people. From the period of 1919 to 1921, there are estimates of over 9,700 editorials protesting the Japanese colonization of Korea published in U.S. newspapers and periodicals across the nation. Korean civil society groups, religious leaders, groups – particularly American missionaries, U.S. politicians and the media worked to make the plight of the Korean people known to the whole world.

Yet the Korean Independence Movement is instructive in showing us the danger of allowing others to intervene and decide matters for us, even if done on our own behalf. We can only imagine what decolonization would have looked like if we had taken a firmer hold of the reigns of destiny by building the vibrant and engaged civil society that self-governance always requires. Instead, after the defeat and departure of the Japanese colonizers, it was not us but the U.S. and U.S.S.R. who decided Korea’s fate at the 38th parallel, setting the stage for the disastrous proxy conflict during the Korean War.

In examining the role that the Korean Diaspora played during the first quarter of the 20th century, we could suggest a similar role for the Korean people in this time for the North-South Korean reunification. Clearly, we must be the ones to take charge of our own fate and work towards unification. More importantly, we need to work for what lays beyond it. Most would agree that what we see in North and South Korea today is not a clear representation of our noble ideals and aspirations. Before the two sides achieve reunification, we are fortunate to have the opportunity to question our current realities and seek to define our common Korean Dream.

To do this properly, we must articulate the vision and principles that make Korea great, starting from Korea’s founding ideals of the Hongik Ingan. It is important to realize that there are no shortcuts in this. As Koreans in the north, the south and all over the world, we must all take full ownership and engage in these conversations. Perhaps it is through this process that we will re-discover our true identity, heritage and destiny for the world.