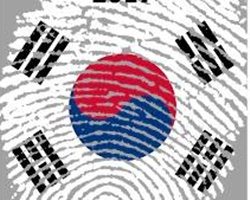 In the last few years, South Koreans have endured a painful process to deal with great loss, anger and soul-searching on a national scale. The people grappled with the tragedy of the sinking of the Sewol ferry as well as issues such as stifled growth due to crony capitalism, high rates of youth unemployment and finally the impeachment of a president due to revelations of corruption. These, along with the ever-present and arguably growing threat of an unstable regime in the North, made the elections held on May 9, 2017 a critical presidential election. 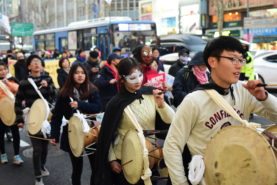 The high intensity civic engagement that preceded the presidential ouster and “snap elections” were a good sign of the Korean people’s willingness to work and invest their time and resources in the future of the nation. It is natural to suggest that the public debates, discussions, forums, rallies and efforts to “get out the vote” led to the extremely high voter turnout – with a reported 77.2% of those eligible and registered to vote taking part in the presidential elections.

Tim Meisberger of The Asia Foundation praised the process leading up the elections, noting:

In an age where some question the value of democracy, Korea provides a shining example, in its processes, institutions, and people, that other countries can admire and seek to emulate

And even as the newly elected president takes office, it becomes ever more important to continue developing and strengthening this civil society engagement. While South Korea remains one of the most successful economic success stories in the world today, we need to step back to question what kind of “invisible hand” of moral standards and norms need to be enshrined to ensure lasting and equitable development.

Dr. Hyun Jin Moon pointedly touched on this during the Global Economic Forum in Manila:

[…] there are no shortcuts in life. For there to be a sustainable, equitable and prosperous economic system, there must be people of conscience first, whose collective decisions advance the greater good as opposed to benefitting the few.

Their choices need to be rooted in universal principles and values that uplift the intrinsic God-given human rights and freedoms of all because it is in their self-interest to do so.

In other words, the markets, or their consumers, demand it. The overarching economic approach of the Global Peace Foundation, hence, calls for less government interference in the marketplace in line with the classic liberal economic principles with one very important addition – the development of societies in which the collective ethos is rooted on a universally accepted ethic that guides the national and global economic systems. 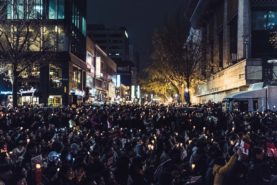 For better or worse, this development can only take root when responsible, virtuous citizens and communities engage in making their nation better for all people. Ideally, these virtues would be cultivated first in the family, and this ethic could then be extended out to society, nation and world. The contributions that we as individuals and families make to the public square can shape communities and the nation in ways that – while difficult to measure – can chart the course of a nation for generations to come.

Now, more than ever, Korea needs moral, innovative leaders to work together for the cause of building a nation that lives up to its founding ideals. Dr. Moon’s Korean Dream: A Vision for a Unified Korea, outlines a principle-based process for building such a movement in both Koreas today.

How will you get involved in your own community?