We are All Related

Imagine a society where everyone was related to each other as one big family. What would that look like? There are many good cultural examples around the globe that hint at what that might be like. Korea is one place where this notion of human interconnectedness can be found.

Despite being a very homogenous society, Korea is one of the few places in the world where there is diverse co-existence of many faith traditions.  With the help of moral ethics stemming in Confucianism and other spiritual practices, traditional Korea has found a way to uplift the important role of the family above all else.

Historically during the Yi Choson Dynasty, the last and longest-lived imperial dynasty of Korea in 1392 to 1910, Confucianism became the dominant belief system. Confucianism helped to draw out many of the age old spiritual practices of Korea, placing the highest importance on family ties and filial piety. Conversely, Japanese Confucianism placed more emphasis on the historical ruler-subject relationship. During this era it left a huge mark on contemporary Korean society as a whole, shaping the moral system, the way of life, social relations between old and young, high culture, and is even the basis for much of the legal system. Even today, it is deeply embedded in the way Koreans think, behave and even speak.

In this Confucian understanding, social positions and familial relationships are set. Things in nature are not created equal, and thus each has their own part to play in the delicate web of life. Jae Jong Song, author of The Korean Language: Structure, Use and Context, wrote that, “just as things have their place in nature, people have their place in society. People’s perception of their position in such groups is ultimately their group identity; Koreans have a very strong sense of group identity.”  He also stated that, “social harmony can be achieved by stable social relationships. Knowing one’s place in social groupings is therefore, crucial for social harmony and stability”. 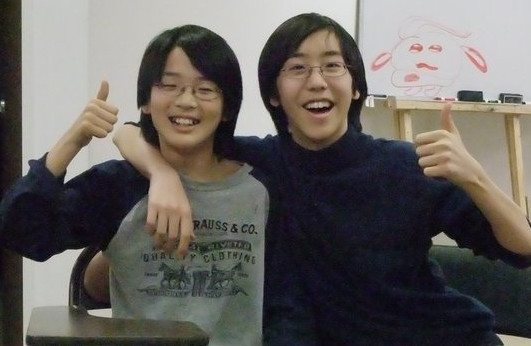 Although Korea modern society is unfortunately moving away from these ideals, the virtues of respect and honor has been practiced for thousands of years and can been seen in the way age and gender have been represented in society. Age, or seniority, has been one of the most important Confucian precepts of how one relates to each other. Young expected to respect the old, as they would to their own parents. In turn, elders are also expected to be respectful to those senior to them, including honoring ancestors who have already passed on.

The Korean language or, hangul, also has designated familial terms for each member of the family in how they address each other. Kinship terms are used to address family members, and are even used to address those who may not necessarily be related to you by blood. The terms halaboji ‘grandfather’, halmoni ‘grandmother’, ahjoshi ‘uncle’ and ahjumoni ‘aunt’ are commonly used. There are also words for a boy addressing his older brother hyung or older sister nuna and separate ones for a girl addressing her older brother oppa or older sister onni. The list goes on. In Korean, the word uri also has a distinct social and cultural meaning in including someone in your family.

The notion of “world peace” seems so farfetched, it is often disregarded by many as a real possibility. Although no society in today’s world is perfect, there are still some valuable lessons we can discover and learn from. Living in a world where people are constantly seeking value and recognition to find their identity, perhaps we can take a cue from traditional Korean society in realizing we are born with an important role in our immediate families, as a son, a daughter, a sister, a brother which directly impacts how we live out our lives on a larger scale.

Seeing everyone as family under one creator can transform the way we do business, raise our families, form government policies, teach education in schools, and beyond. By highlighting these glimmering pieces of peace and hope, we will make a great mountain of positive social change. Can you imagine if the global community practiced such virtuous, harmonious ways of relating to one another?

From “Culture and society: age, gender and chulwsin