One Korea Global Campaign Song Played at the Inter-Korea Summit 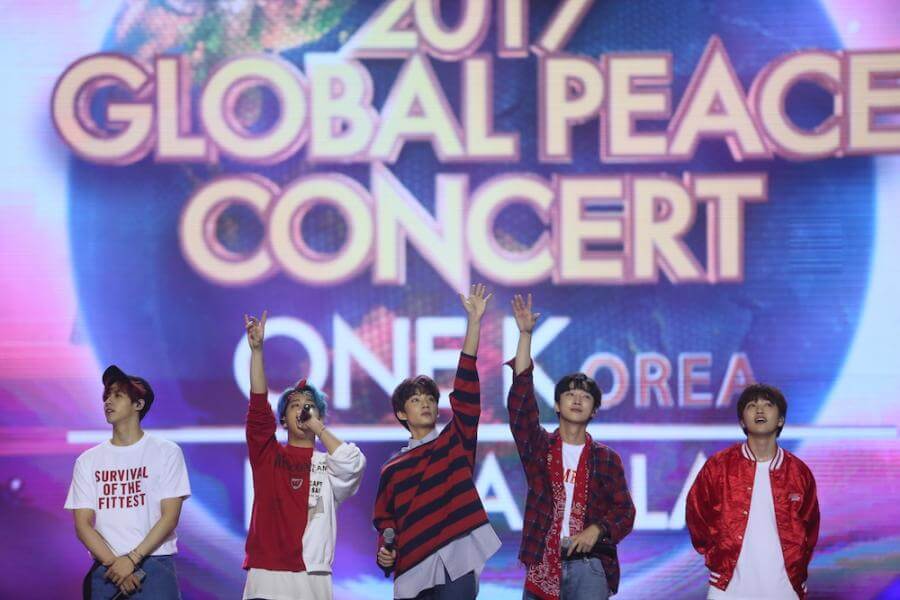 Following the historic Inter-Korea Summit where South Korea President Moon Jae-in and North Korean leader Kim Jong Un declared the end of the Korean War, global attention was brought to the One Korea Global Campaign when its song “One Dream One Korea” played during the finale of the summit’s closing ceremony.

One K Global Campaign aims to garner support for reunification of the Koreas through K-pop concerts, a unification documentary film (now being filmed), and a series of Unification Songs that started with One Dream One Korea in 2015. 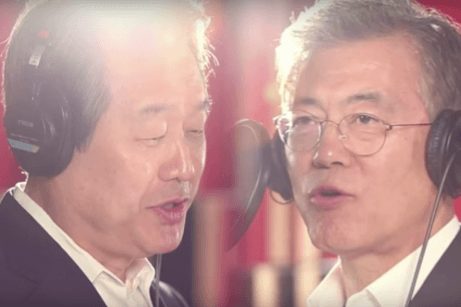 President Moon himself, at the time the head representative of the liberal Democratic Party, appeared in the original music video along with the opposition party leader of what was called the Saenuri Party at the time.

Crossing barriers of genre, profession, political affiliation and more, Korea’s brightest came together to express the wish to “be a family again.” The release of the One Dream One Korea song in 2015 led to the creation of an entirely new genre of music focused around the message of hope for reunification.

It is worth noting that prior to the third Inter-Korea Summit, North Korean leader, Kim Jong-un had attended a peace concert held at the East Pyongyang Grand Theatre in early April. The show featured, for the first time in years, South Korean K-pop stars. The BBC reported that Kim was “moved” by the peace concert, which ended with a performance of “Our Wish is Unification,” a song with deep roots in both the Korean Independence and Reunification movements.

It was also reported that the North Korean leader proposed more cultural performances between the two countries.

Even while it becomes difficult to measure the impact of cultural exchanges, the fact of Kim Jong-un’s interest in further engagement with the South — directly preceding the Inter-Korea Summit — serves to underscore the important role culture and arts can play in soft diplomacy.

Artists continue to join efforts for the new, eagerly anticipated One K Unification Song, once again composed by Kim Hyung Suk. The song now includes over 20 K-pop stars and is set to be released in August 2018.