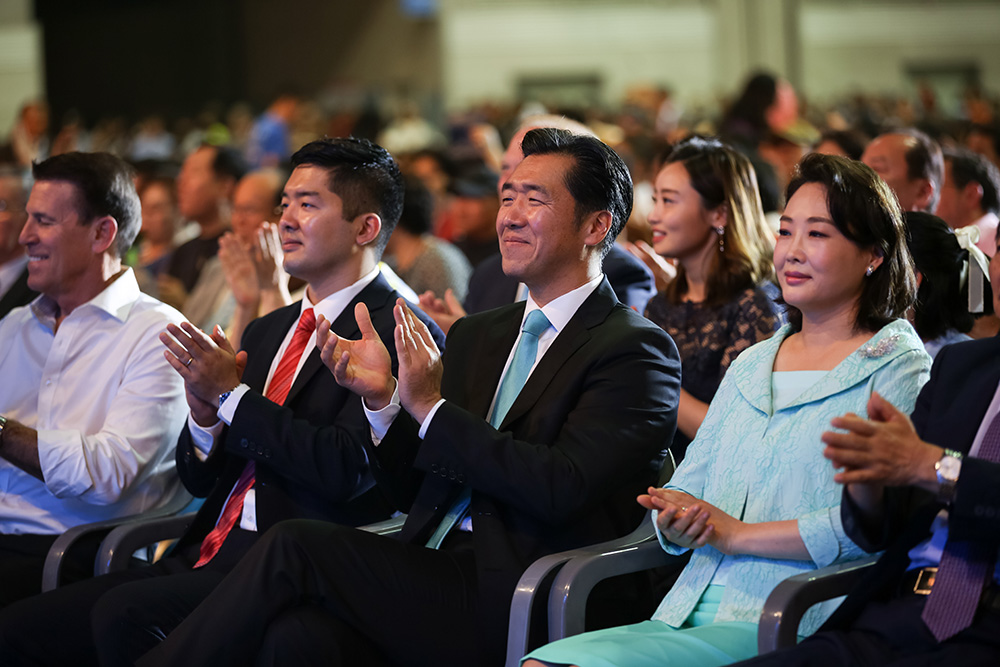 “The deciding factor at such times is always moral and innovative leadership, on every level.”

The new year has already opened with many challenges.

Kim Jong Un has declared an end to North Korea’s self-imposed moratorium on nuclear missile development and issued a threat to take “actual action” in the near future as U.S.–North Korea relations continue to deteriorate. This, taken with the situation unraveling in the Middle East, makes very real the possibility of a renewed Iran—North Korea nuclear alliance against the United States.

These challenges are a direct result of short-sighted decisions made over the past year, many of which Dr. Moon advised against. Alternatively, Dr. Moon has urged for leadership motivated by long-term vision, guided by time-honored principles and values, and harnesses human ingenuity to generate creative solutions for increasingly complex challenges. Needless to say, as the new decade begins in 2020, we can build on the pivotal milestones, partnerships and lessons learned in 2019, and transform daunting circumstances into opportunities with moral and innovative leadership.

“Don’t let anyone discount the passion and conviction of young people that are motivated by a dream.”
-Dr. Hyun Jin Moon, March 1 1919 Independence Movement Centennial Commemoration

Great social transformation requires the active engagement of a broad public united in pursuit of a common cause.

Much of the year drew upon lessons from the March 1st 1919 Korean Independence Movement. In celebrating the centenary, we took up the spirit of the movement to inform the way forward on the Korean peninsula and provide inspiration to the world. More than anything, we realized that there is nothing comparable to the power of a people united by a common vision. Just as the Koreans initiated the first peaceful, mass-civil movement for independence of the 20st century 100 years ago, the centennial drew Koreans from across the peninsula and globe to express their commitment to the dream of a unified Korea that brings peace and prosperity, not only to the Koreas, but the region and world.

At the March 1 100 Year Commemoration and the 74th Celebration of Korean Independence in August, we witnessed writers, academics, civil society and religious leaders, politicians, corner shop owners and corporate executives, grandparents and parents, students of all ages, making a solemn commitment to help realize a Korea that can bring benefit to the world. Each owner acts as a light, pushing against the darkness of the times. In a similar way, we have seen peacebuilders taking up the charge around the world in our GPF chapters, countering division and building connections in their communities, villages, cities and nations to cultivate peace. 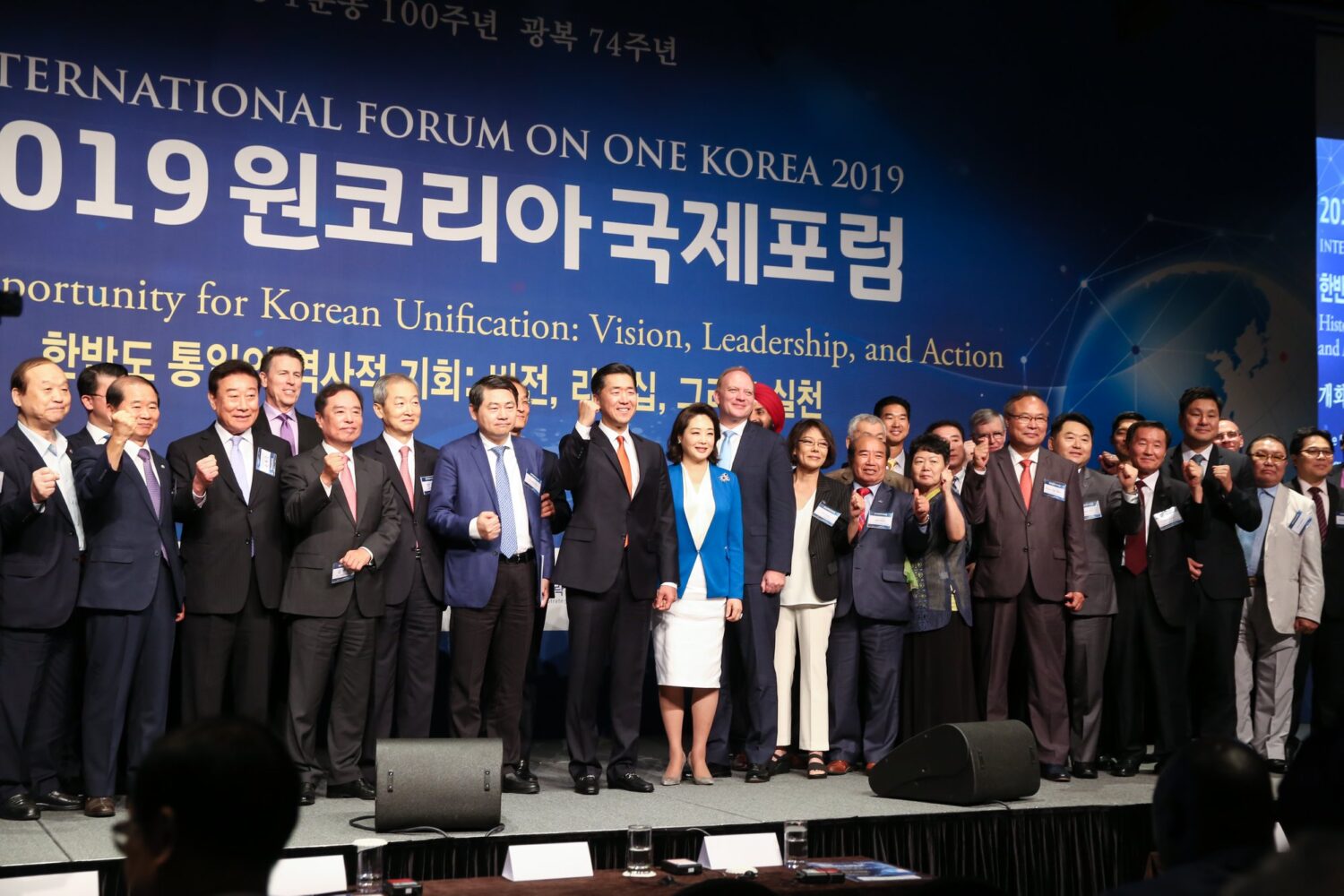 The role of international support for grass-roots peacebuilding efforts

“The world will stand with us if only we take ownership and leadership.”
-Dr. Hyun Jin P. Moon, Action for Korea United Festival 2019

In looking back to the Korean Independence movement, we can see that in many ways, the international community failed to support the Korean-led movement for self-determination in 1919. This only served to prolong colonial rule, ultimately leading to the eventual division in 1945.  Taking that lesson to heart, we worked to build a strong network of support in key nations like Japan, Mongolia, India, and the United States for the grassroots Korean-led efforts to secure a prosperous and free One Korea.

This same model is being applied to our other peacebuilding work. Our Global Peace Conventions have brought together cross-sectors from across the world to address challenging peacebuilding issues in innovative ways. One notable project has resulted in “Peacesharing Hubs,” which builds on the Irish and UK experience of peacemaking and peacebuilding to address conflicts in other regions. This meaningful connection has helped shape successful peacebuilding models in the U.S. and  Nigeria.

Additionally, our community-driven efforts in nations such as Nepal, Malaysia, Indonesia, Mongolia, Philippines, Kenya, Uganda, Tanzania, and Paraguay have yielded innovative approaches to the unique local challenges of peace that are supported by a combination of local and international efforts. Among the accomplishments are: tree planting to counter desertification in Mongolia; All-Lights Village initiatives designed to support community-driven development, entrepreneurship and self-sufficiency in rural regions; and an information technology ‘boot camp’ in Kenya, and GPF’s Character and Creativity Initiative, Smart Workforce Readiness, and LeapHub Science and Entrepreneurship Incubators, which have sought to cultivate “future ready” moral and innovative leaders who are equipped with essential character competencies and real-world skills.

Our chapters work synergistically, supported by our growing global network of peacebuilders who forging new connections between people and nations to achieve the aspiration of peace shared by everyone, everywhere. 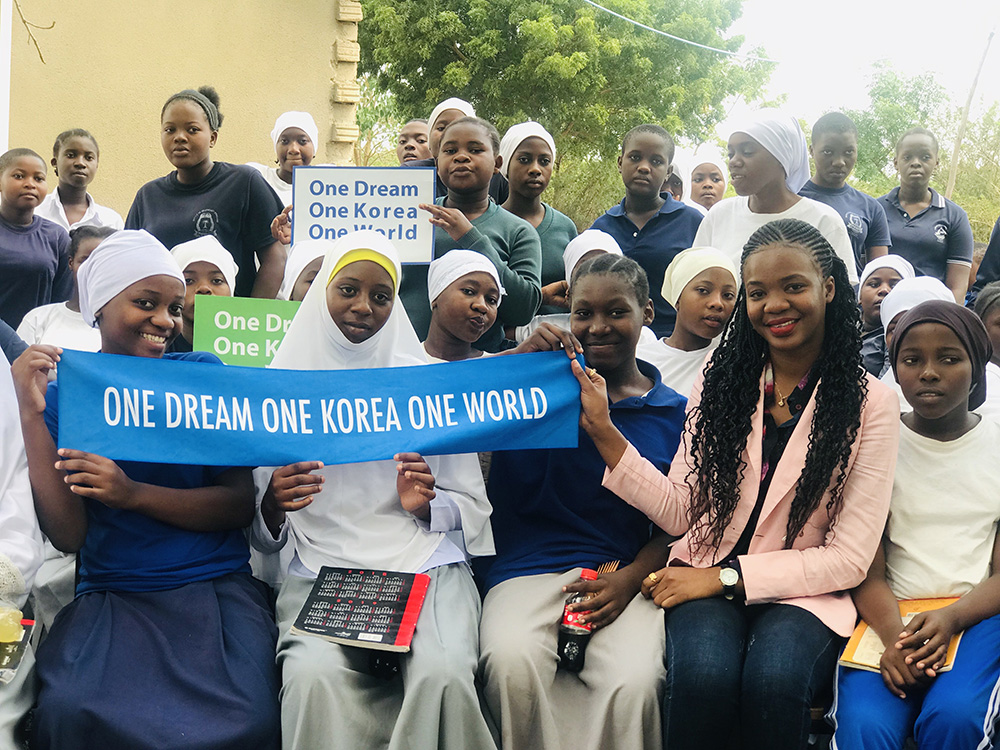 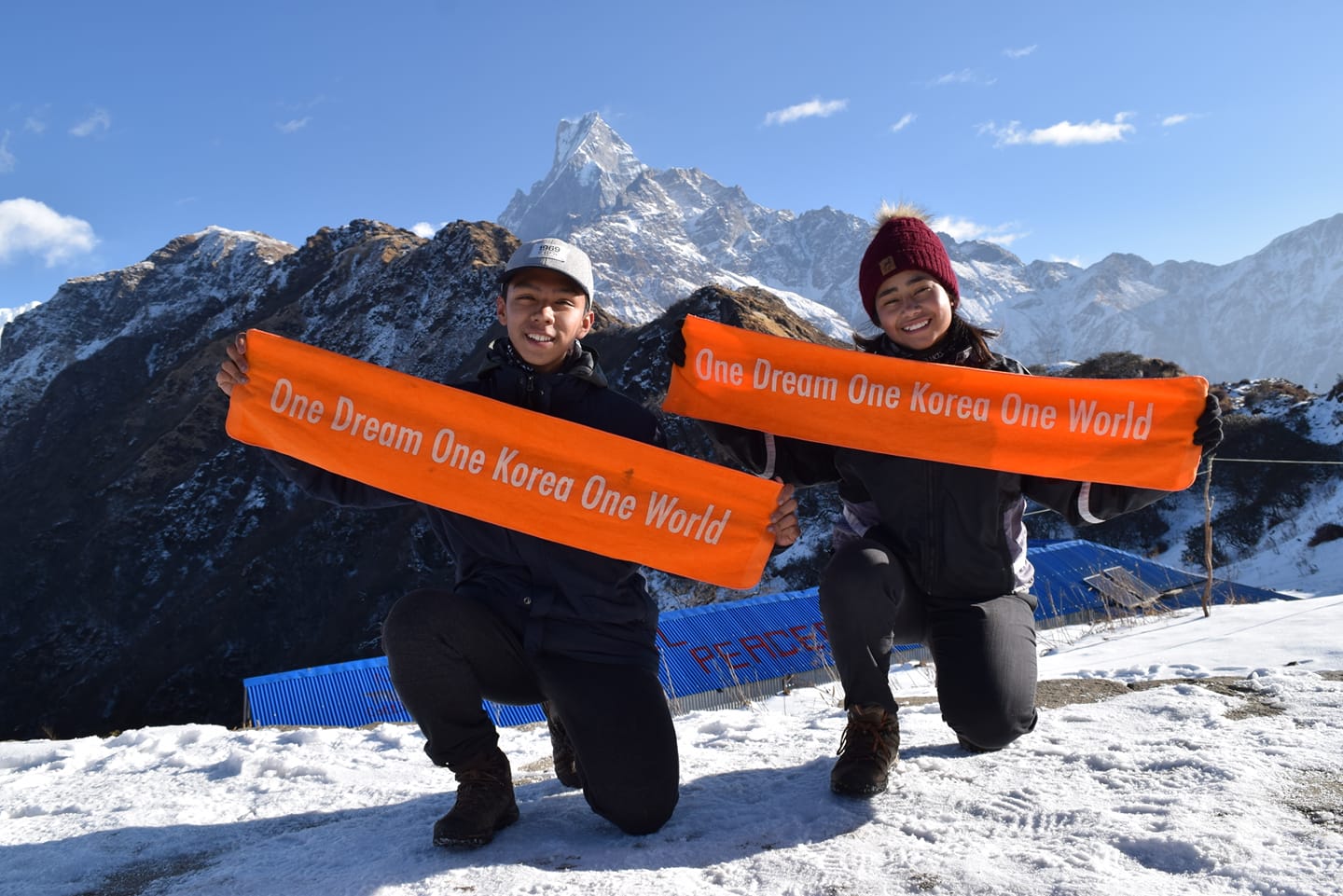 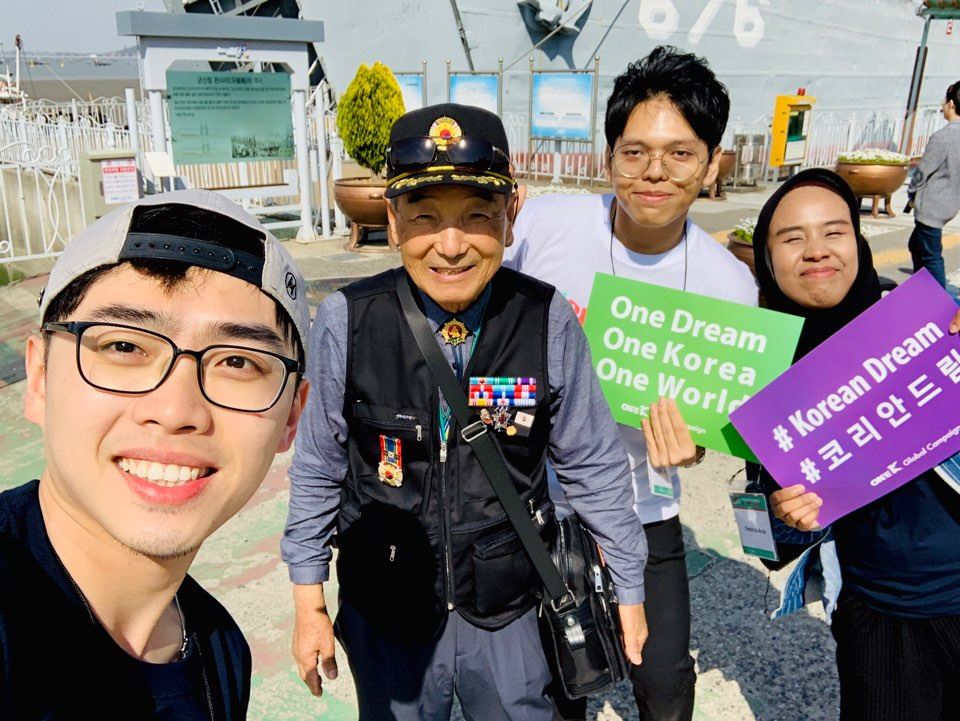 The importance of an inclusive, shared vision

“Now is the time for far-reaching vision, wise leadership, and bold action.”

The Korean Declaration of Independence has provided inspiration and insight. Despite years of fierce suppression by the Japanese, the drafters of the declaration cast a vision for a shared vision not driven by enmity. They wrote:

“Our task today is to build up our strength, not to destroy others. We must chart a new course for ourselves in accord with the solemn dictates of conscience, not malign and reject others for reasons of past enmity or momentary passions.”

Despite tense Japanese-Korean relations, rather than becoming victims of circumstance, our commemorations and celebrations sought forgiveness, friendship, and reconciliations. Koreans and supporters rose together to embrace a shared vision. The movement has continued to grow into every city in Korea. 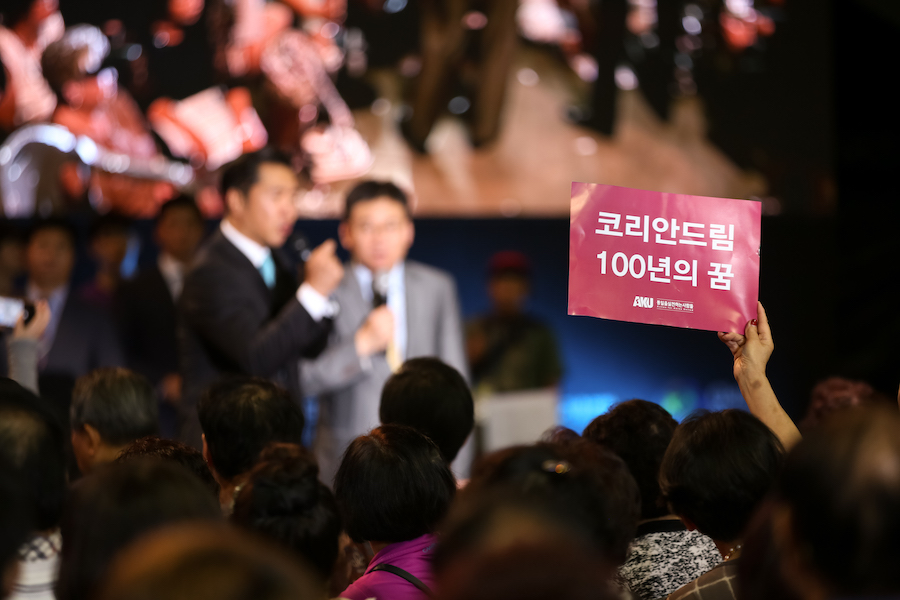 Global Peace Foundation has been applying this vision-focused approach in other areas such as Nigeria, Philippines, and the Americas. It has brought real, measurable and lasting results of community and peacebuilding.

As we open the year 2020 and the new decade ahead, we invite all of you as friends and partners to join in our efforts to build a world of One Family Under God.