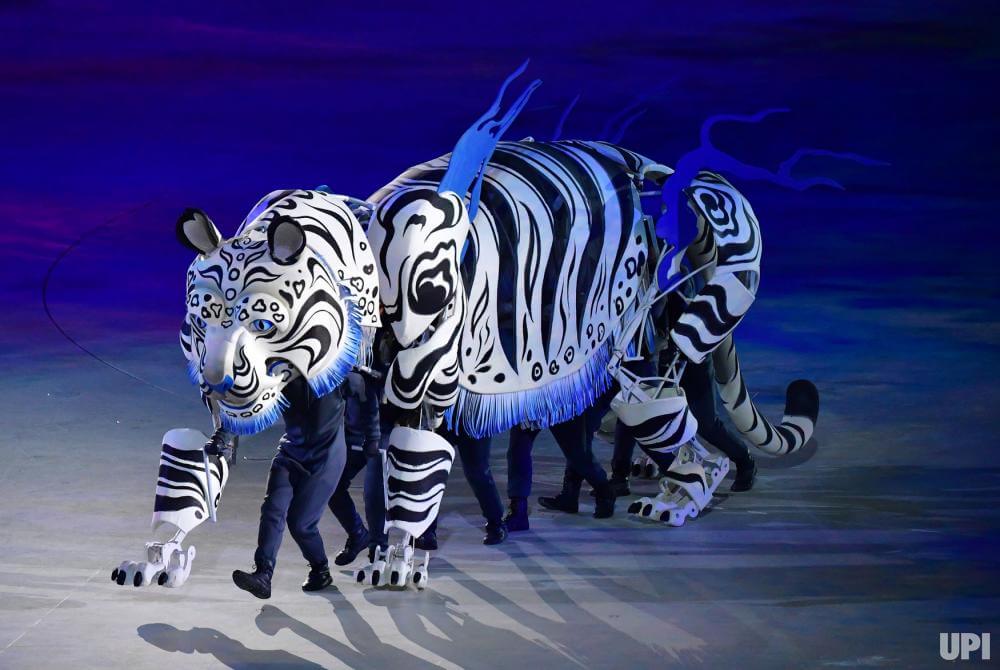 The two animals are closely tied to the culture and heritage of Korea. Anyone familiar with Korean history would be reminded of the tiger and the bear of the Korean founding story of Tangun.

In the legend, Hwanung, the son of the Lord of Heaven, comes down to earth in order to bring truth and light unto humanity. Along this journey, a bear and tiger petition Hwanung to give them some way to become human. Hwanung grants them their wish, provided they live in a cave for a set period of time, avoiding sunlight and eating only mugwort and garlic. The tiger soon gives up, but the bear persists and eventually becomes a human woman. This woman goes on to wed Hwanung and bear Tangun, who establishes the Korean nation with the vision of Hongik Ingan, “to benefit all humanity.”

In an interview with UPI, Lee Hee-gon, head of Mass C&G, that developed the mascots, explained that the dynamic between the two mascots, Soohorang, the tiger, and his friend Bandabi, the bear, is mirrored in the Tangun story. “Soohorang is always curious and easily excitable, bounding left and right, but Bandabi is calm and collected, holding Soohorang back by the hand,” Lee told UPI.

Founding and creation stories are often overlooked, but have always been incredibly important in giving people a sense of identity, connection, purpose and more. The story of Tangun presents important lessons for Korean self-understanding, as it espouses principles and values that have bound the Korean people together through five millennia.

The mascots are not the only reference to Korean’s spiritual heritage. During the opening of the games, Korea celebrated its cultural heritage, of which many Koreans were unaware, including a mythical bird, the In Myeon Jo, which was also thought to connect the Heavens with Earth. Similarly, the 2018 Olympic symbol is the Korean letter ㅍ, the first letter in Pyeongchang, that also represents the harmony between Heaven, Earth and Mankind.

The Pyeong Chang Olympics have been a historic opportunity for both Koreans, in the North and the South, as well as the global community to remind themselves and each other of our common humanity and shared values. And in a time when the North and South Korean standoff-cum-détente has become the central narrative of the Olympic games, it makes sense to harken back to the original founding story, meaning and purpose for the Korean nation. In it, we might see new lessons about strength, perseverance and power as well as new pathways for a reunified Korean nation.