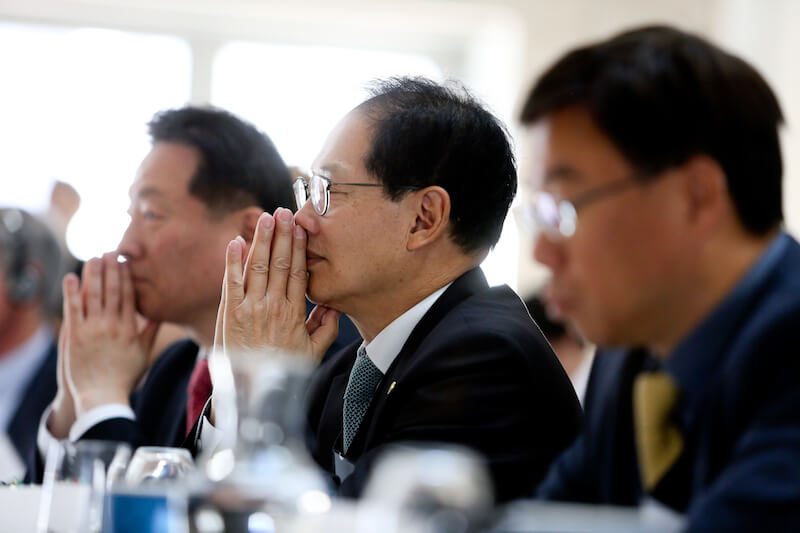 “Now is the time for far-reaching vision and bold action. Korea’s historical quest for one free, independent sovereign nation is within reach. As a nation established on the ideal of benefitting all of humanity, Korea can stand as an example to the world.” -Dr. Hyun Jin P. Moon (International Forum for One Korea, November 11, 2017)

The entire global community focused on Korea in 2017 as North Korea moved closer to securing a nuclear intercontinental ballistic missile. President Trump visited South Korea in November, setting a precedent for U.S.- ROK relations that made it clear – the Korean peninsula is one of the most important priorities in U.S. foreign policy.

Yet, the way forward to resolving the crisis on the peninsula is still hotly debated among experts and policy makers. Only two options seem to be available: direct military confrontation or to hinge global security on an increasingly erratic game of high-level diplomacy. Yet, neither option can hope to fully resolve the issue of nuclear weapons or contribute to global peace. 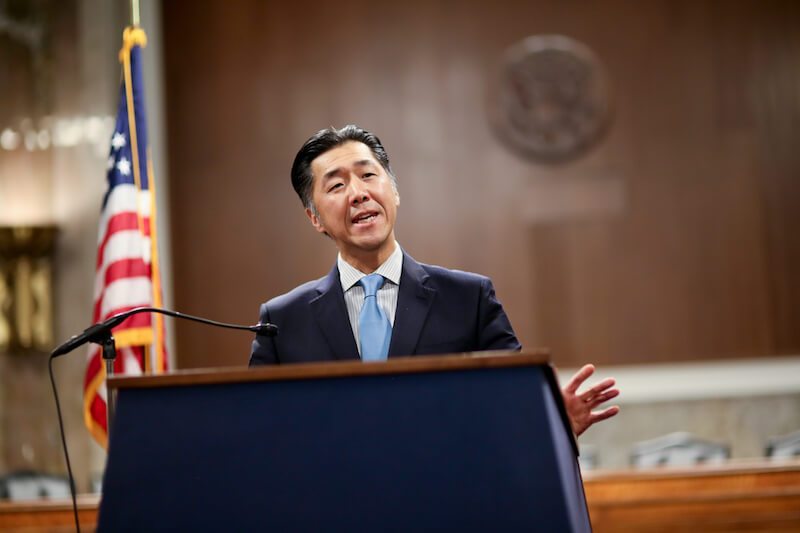 Dr. Hyun Jin P. Moon gives the keynote address at the International Forum on One Korea in Washington D.C.

A Third Way to Denuclearization

In the midst of rising concerns and fear, Dr. Moon has called the global community to see the situation as an opportunity to point instead to a third way to deal with the nuclear crisis. In short, he points to reunification as the best possible solution to deal with both the threat of nuclear war and open new possibilities for growth and development across the entire Northeast Asian corridor.

This third way is based on a vision of a new, reunified Korea, founded on enduring values of the spiritual heritage of the Korean people, namely the principles of Hongik Ingan. Hongik Ingan espouses the dream of a Korea as a model nation that honors the dignity and freedoms of its people, and ultimately brings “broad benefit” to all humanity.

In his book, Korean Dream: A Vision for a Unified Korea, Dr. Hyun Jin Preston Moon maps out four elements of such a vision:

Yet considering that Koreans are and have always been one family, isn’t it the obvious choice?

Thus, the work of coalitions such as Action for Korea United, a Korea-based organization of over 900 civil society organizations, is imperative to awaken the Korean people to the dream of a unified Korea. 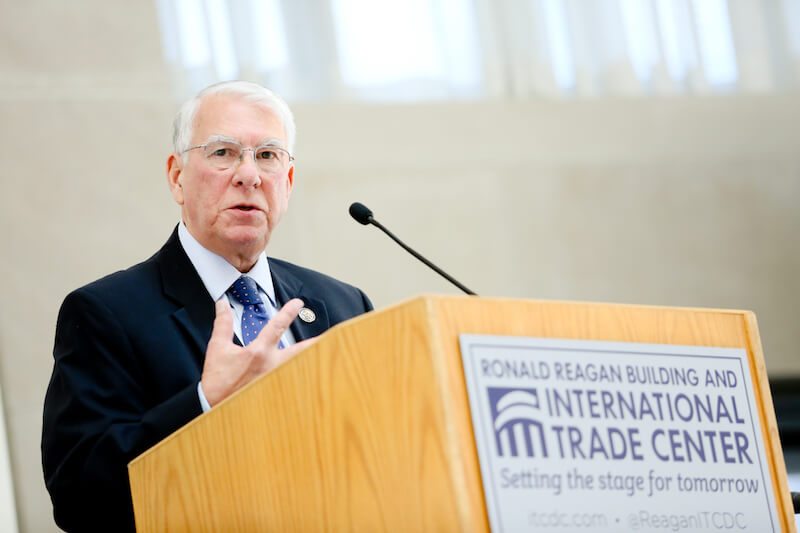 President of the Korea Economic Institute of America, the Hon. Donald Manzullo declares the inevitability of Korean reunification at the International Forum on One Korea in Washington D.C. in November 2017

In his speech at the One Korea International Forum in Washington D.C., former U.S. Congressman and current President and CEO of the Korea Economic Institute of America, Hon. Donald Manzullo, said “Unification is the inexorable and inevitable goal of the peninsula…When inevitability is assumed, the focus shifts, not from if, but when and how.”

Action for Korea United and its growing network of partners. including the Global Peace Foundation, the One Korea Foundation, and the East West Institute, have worked to develop such a shift in the minds and hearts of Koreans around the world. It made significant progress in 2017 through the One Korea Global Campaign with new and unprecedented accomplishments. Among them are:

As the Korean Dream moves from vision to reality, it is unfolding a process of national transformation to build a nation that benefits the world.

At the 5th Action for Korea United Leaders’ Assembly, Dr. Hyun Jin Preston Moon called the issue of Korean unification “the civil rights issue of the 21st century.” Korean Unification, he said, would “bring to an end the terrible chapter of colonialism that the Korean people had to endure during the first half of the 20th century. It will close the book on the subsequent tragic episode of a Korea divided because of Cold War realities. And it will bring to the fore, among both the Korean people and the global community as a whole, the Korean Dream which encapsulates our ancient founding ideals that have defined us as a people and shaped our sense of national purpose to create an ideal nation whose goal is to serve all of humanity.” 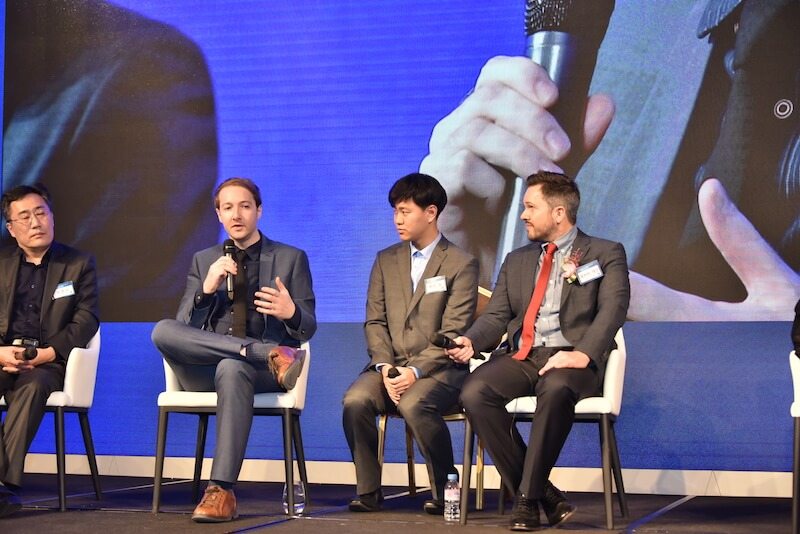 The process of Korean’s national transformation into a model nation for the world is outlined in in the Korean Dream: A Vision for a Korea United:

Dr. Moon is at the fore, leading efforts in various civic, public and private, and intergovernmental arenas.

2018 will be a significant year, starting with the peace efforts during the Pyeongchang Winter Olympics, and leading into 2019, the 100-year anniversary of the March 1 Korean independence movement.

As the Korean people have proven through thousands of years of history, from every crisis, they can claim an opportunity to expand, advance and prosper. The current nuclear crisis can become the opportunity for the Korean people to lead a movement to bring about Korean unification and ultimately peace and prosperity not just for Korea and Northeast Asia, but the world.