The World is One Family: Testimonies of Peace and Interfaith from India

Sep 26, 2017 | Interfaith, One Family Under God, Universal Principles and Values 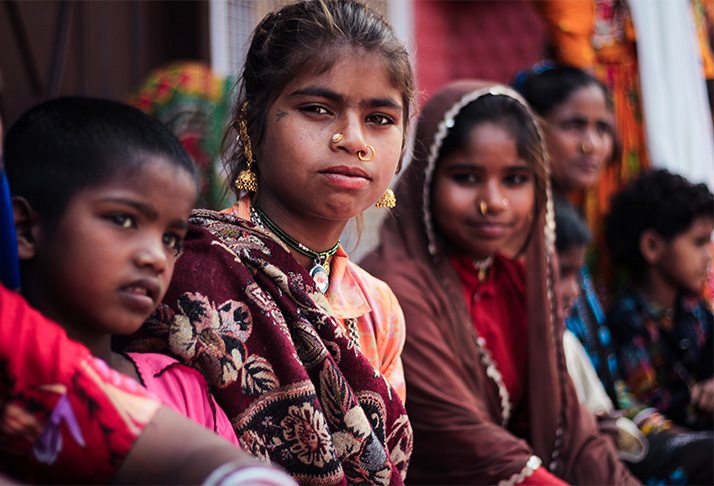 When people are asked about India, the first thing that comes to mind is its diversity. Boasting 29 states, each with its own language, festivals, cultures and traditions; there is no dearth of variety. And while you might expect these differences might very easily create rifts, this has rarely been the case. For thousands of years, Indians have often celebrated different cultures no matter where they originated.

This has been possible because India has had the age-old vision, Vasudhaiva Kutumbakam, “the world is one family.” In these troubled and divisive times, we look to the best of Indian civilization and shining examples of it to remind us of what we have, could have and ought to be.

Vasudhaiva Kutumbakam culture needs to be nurtured on every level – from our everyday interactions to actions between faith communities, and more. In a time where religious and tribal conflict make headlines, we need – more than ever – examples of people and communities that exemplify the kind of culture we hope to build.

What follows are some experiences of the Vasudhaiva Kutumbakam culture at a recent program Global Peace Foundation India held in Delhi.

Sonia Jose, a student in the Department of Economics at Jesus Marry College, reflected on her move to Delhi:

Delhi is a city where people from all over the country reside, at every nook and corner you will find a story of a person who migrated in search of better job, the city life or for personal reasons. With such wide ranging cultures under one roof, you’d expect little skirmishes, however I wouldn’t say so myself. Being one of them, I was enthralled by how understanding and accepting we were of each other’s differences.

Instead of leaving it at “ignorance is bliss,” people would try get to know each other and make an effort to be part of another’s cultural celebrations and include them in their own. This, in turn, creates a feeling of belonging… Just at a time when you are racked by jitters of moving to a new place and makes you feel safe and comfortable in your new home.

Interactions with people from different backgrounds helps us in broadening our horizons and augments our scope of understanding. With an open mind, we are more perceptive of the differences but do not let it govern our actions. As a result, there is more alignment because of our differences rather than detachment.

Another student, Terresa, proudly noted the shared cultural celebrations she witnesses at school:

One of the major examples of peace among different religions was one which I personally experienced in my school days. I was in a convent school but irrespective of this we used to celebrate all the major festivals of every religion.

One of the biggest celebrations in our school was Christmas sharing, which was held every year during Christmas time. We had an opportunity to dress informally that day. Classrooms were decorated by students irrespective of religious background. We decorated with lights, stars, bells and Christmas trees, which was a lot of fun. Every student was allotted to bring snacks and we used to share it with each other. It was a day filled with fun, dance, and drama.

The basic aim of Christmas sharing was to bring students from different religions together, to give out the basic message that all religions promote peace and togetherness.

These kinds of experiences are commonplace throughout many of the cities and villages in India. And it is particularly important to reflect on the role that faith leaders play in modeling this behavior for the rest of Indian society. Ritik Jain, a Political Science major at Sahid Bhagat Singh College, shared on this in his local community:

An exceptional example of interfaith leadership was seen in Joshimath, a city and a municipal board in Chamoli district in Uttarakhand, India. A Sikh community allowed their Muslim brothers to offer namaz in the Gurudwara [gurudwara is a place of worship for Sikhs] premises on the auspicious day of Bakr-eid. The local ground known as Gandhi Maidan was flooded due to heavy rain. At the time, the Gudawara was the only place for the Muslims there to offer prayers as there is no mosque in the city. The Gurudwara Singh Sabha stepped in and allowed their Muslim brothers to offer their namaz on their sacred space.

As we work to build, strengthen and then showcase models of Vasudhaiva Kutumbakam in India, these are the stories that call us to our best selves and challenges us to share the best of India to the global community.