Why We Build Local Models: A Nigerian Case Study 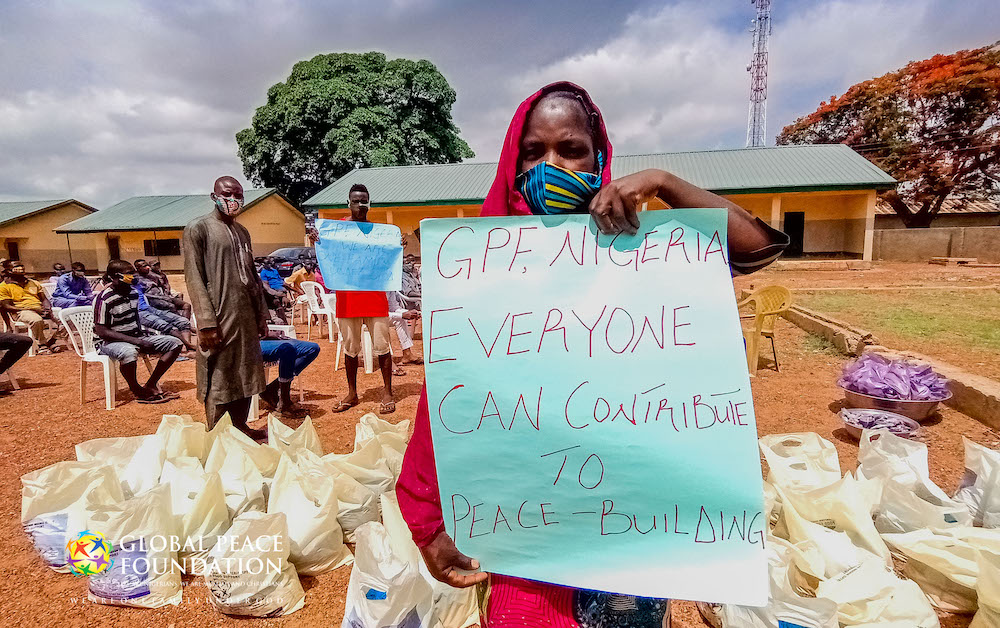 You never change things by fighting the existing reality. To change something, build a new model that makes the existing model obsolete. –Buckminster Fuller

The 21st century opened with hopes for an era of peace. Yet the first two decades have continued to be plagued by identity-based conflict, violent extremism, and all that they bring.

Since 2009, the Global Peace Foundation has advanced models of reconciliation and peace based on a simple truth, that all humanity is “One Family Under God.” This vision has resonated with communities and nations around the world and has since become a platform for engagement, relationship-building, the development between unlikely.

A decade later, many of its models are yielding significant results. We have played an important part in mitigating violent outbreaks, empowering youth and families, and cultivating social cohesion in communities that have long been at odds with one another. Our peacebuilding model in Nigeria offers significant lessons for building peaceful communities around the world.

The Role of Faith Leaders

It began all began as a process as we started to engage with particular two leaders—one Christian and one Muslim who have since been dubbed the “Kaduna Twins.” Our work and their story in particular, has helped to transform community relations between groups in conflict as well as relationships between security forces, the government and the medias. Together, these groups have begun to engage in dialogue and negotiation, overcoming sporadic violence and tragedy together towards the vision of building “One Family Under God.”

Most recently, with the stressors of the COVID-19 pandemic at its peak, violence erupted in the villages of Gonan Rogo, Makyali, Agwala, Ungwan Modi, and Ungwan Rana. Global Peace Foundation, Nigeria quickly began to engage the community. Rev. Hayab and Sheik Maraya, the “Kaduna Twins,” came together with those who took shelter in the refugee camps, mourning with the community in the loss of lives and destruction of property, distributing much-needed aid and encouraging resilience, fortitude, and the understanding of a larger vision for peace as “One Family Under God.” 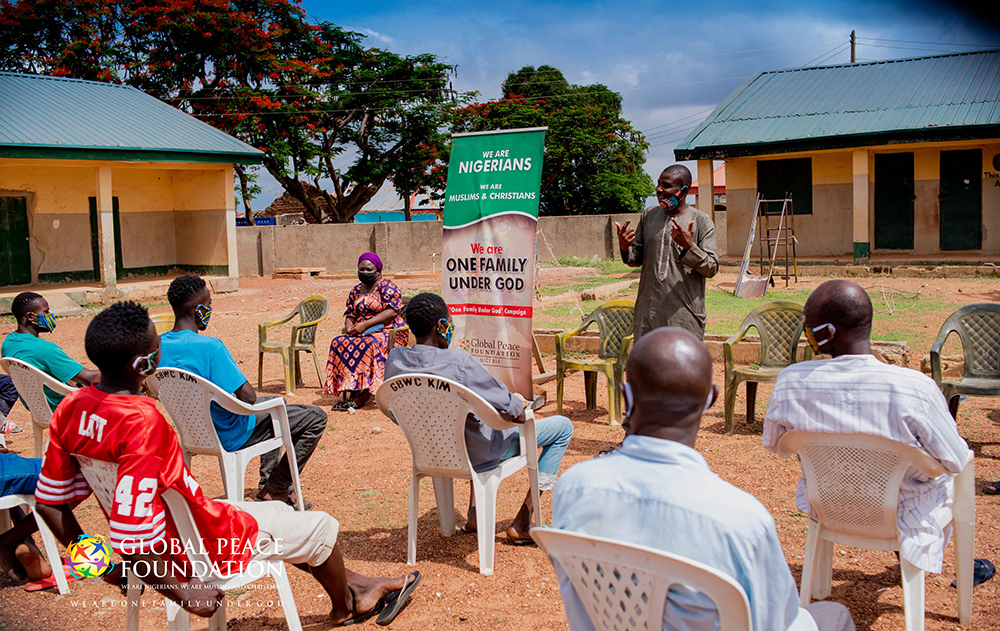 In a follow up to this program, Christian and Muslim youth from the affected areas were brought together in a round table discussion to pursue solutions to bring lasting peace to the wider community. The youths were tasked to spread the same message of peace to their local communities and encouraged them to pursue dialogue and peacebuilding rather than violence and revenge.

Their work with the Global Peace Foundation began in 2016, with then GPF Nigeria Country Director, John Oko. They began In Kaduna State, one of the most diverse states in all of Nigeria that was particularly fraught with killings, destruction of property, fear, anger, and unrest. Most of all, people were tired of the conflict. 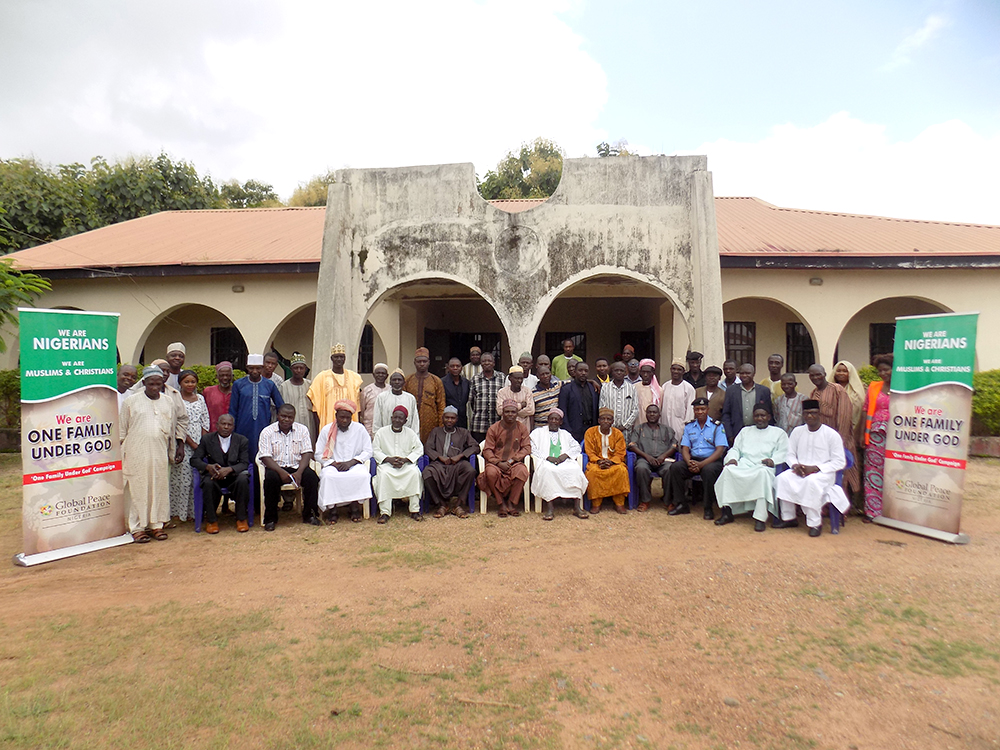 One Family under God campaign 2017

Eventually in 2017, the work spread to Southern Kaduna, through connections that had heard of our work with the One Family Under God campaign in other parts of Kaduna state. Through the long and arduous process of dialogue with different groups, negotiations and agreements, the communities began to form a dialogue platform that they dubbed the “Southern Kaduna Peace and Reconciliation Committee.”

This committee is made up of Muslim and Christian representatives to include youth, faith, women, and traditional leaders of different tribes and has been critical in handling delicate situations that have plagued Southern Kaduna for months.

In a review of data collected by Crisis Watch, an organization that tracks the global conflict, we were able to ascertain some of the results of the work with the Southern Kaduna Peace and Reconciliation Committee.

The approach has been simple. Through working with youth, women, tribal elders, and religious leaders, Global Peace Foundation has been spreading the message that all Nigerians, whatever their religion, tribe, profession, are, “One Family Under God,” and should be treated as such. 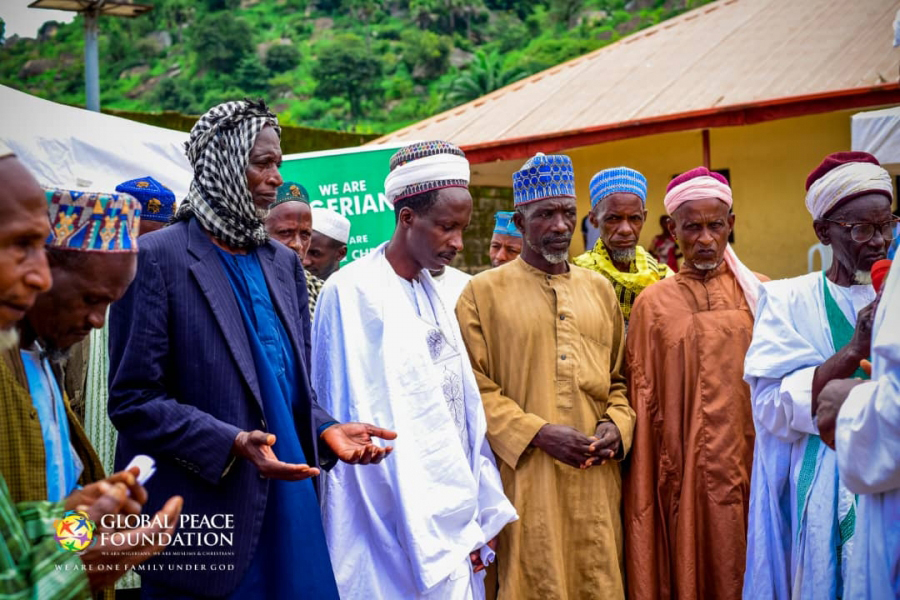 Increased dialogue and engagement between the community leaders and security agencies resulted in non-violent local elections and local communities have taken up the call to own the vision of One Family Under God for themselves, celebrating peace through a multi-cultural celebration of the International Day of Peace in 2019.

A Model for Peace

Models like this one allow us to test the validity and efficacy of Global Peace Foundation’s values-based approach. The GPF model in Nigeria has worked in different contexts to create a shared understanding between groups even in the aftermath of violent conflict. This model has and can be applied to other contexts. The focus on universal principles and shared values makes it possible to replicate the GPF peacebuilding and community-building approach in countries as far apart as and as varied as the United States, Mongolia, Indonesia, Korea, Paraguay, Tanzania and beyond.

The original post appears on Global Peace Foundation. Global Peace Foundation is an international non-sectarian, non-partisan, nonprofit organization, which promotes an innovative, values-based approach to peacebuilding, guided by the vision of One Family under God.  GPF engages and organizes a global network of public and private-sector partners who develop community, national, and regional peace building models as the foundation for ethical and cohesive societies. Dr. Hyun Jin Preston Moon is the founder and chairman of the Global Peace Foundation.