Why the Time for Reunification is Now: Stories from North Korea 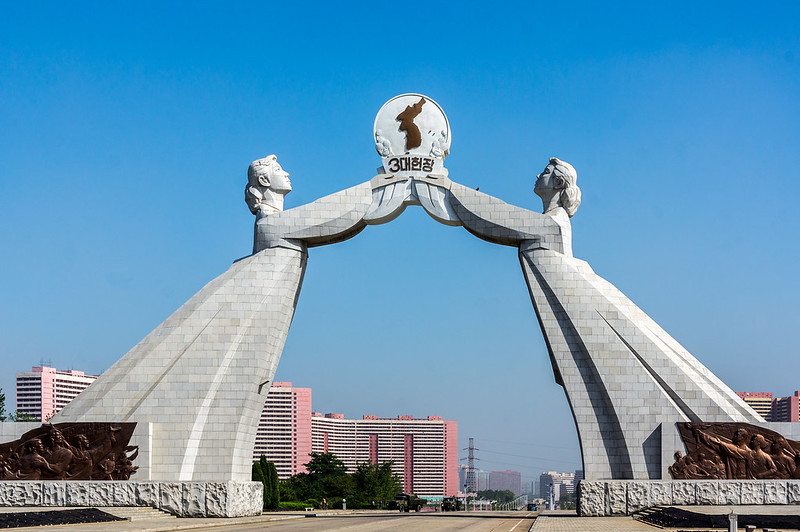 To some, the reunification of the Korean peninsula may seem like a slow, incremental process that will occur in the distant future. But to others, particularly those that have experienced living in North Korea—deprived of fundamental human rights and freedoms—Korean reunification should happen today. Rather, it should have happened decades ago.

The One Korea Global Campaign is advancing the dream of a free, unified Korea where all Koreans may live with dignity. And part of that process is bringing light to one of the greatest human rights issues of our time. Unsurprisingly, some of the most passionate advocates for One Korea are North Korean defectors. Their harrowing stories remind us that many families are still separated and that a unified nation that upholds fundamental human rights and freedoms for all Koreans is something we should all work toward urgently.

A Great Divide: Japan and Korea 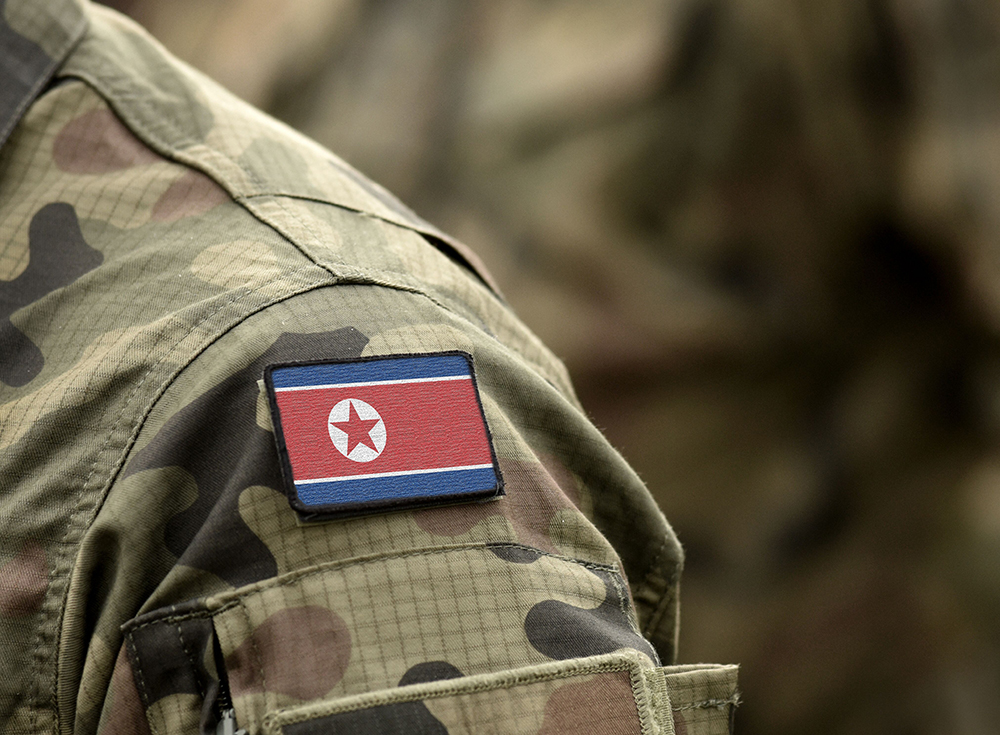 The human rights issue in North Korea goes beyond the issue of compulsory camps and expands to include North Korea’s abduction of Japanese citizens whose whereabouts and safety are currently unknown. In 2002, representatives of Japan met with Kim Jong-Il in Pyongyang who in turn recognized the abduction of Japanese citizens and allowed five abductees to return to Japan.

But that’s it. There has been no further development for the resolution of this issue since then. The Japanese government regards this issue as a serious problem that threatens Japanese sovereignty and the lives and safety of Japanese citizens. Japan makes it a principle not to accept negotiations for normalization of diplomatic relations with North Korea unless the nation addresses this abduction issue first.

While a certain level of awareness on the abduction issue still exists in Japan, a bigger problem is hidden behind it, namely the project “Diasporic Returns to the Ethnic Homeland of North Korea.” From 1959-1984, an effort was made to return members of the Korean diaspora and their families living in Japan to the homeland. As many as 93,940 people, Koreans and their families living in Japan at that time, went to North Korea but most were never allowed to go back to Japan. All the while their freedoms and human rights were severely restricted and trampled on.

But they were not all Koreans. This group included 1,831 Japanese wives and their families who have Japanese nationalities for a total of 6,839 Japanese people. Some of them were sent to compulsory camps as political prisoners on the grounds that they lacked loyalty to North Korea and its leaders, while others were discriminated against as those who had experienced capitalism in Japan. 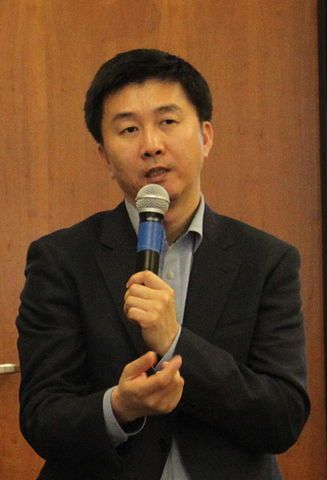 Kang Chol-hwan managed to escape from North Korea in 1992 after having been imprisoned with his grandparents, father, uncle, and his sister in Yodok political concentration camps for ten years. His grandfather, who had lived in Kyoto, made a lot of contributions to “Chongryon,” the General Association of Korean Residents in Japan; and as such, his family was one of the richer families in the Korean diaspora in Japan.

In 1963, his grandparents and parents moved to Pyongyang through the project of Diasporic Returns, and contributed a large amount of money that they had earned in Japan to the North Korean Labor Party. But his grandfather was arrested on the grounds that he had not attended party conventions and meetings. As a result, his grandfather and family members were sent to a concentration camp based on guilt by association.

Kang Chol-hwan, who was born when his parents lived in Pyongyang, was sent to a concentration camp when he was just nine years old. His life was so miserable that he ate rats regularly to stay alive. He endured life in school and in a labor environment where murder and violence prevailed and witnessed as many as 15 public executions within ten years. In his writings “The Aquariums of Pyongyang” and “Escape from North Korea (co-author: An-Hyuk),” he witnessed many victims from the project of Diasporic Returns, namely Koreans who had lived in Japan and their wives, living in concentration camps. He also heard from his grandmother that ten Japanese wives had died of diseases such as dysentery in concentration camps partly because they were more susceptible to the illness than Koreans.

“I came here to my homeland since the Supreme Leader had called us to come.  But what on earth is my homeland? How can it be my homeland if I am being tortured by you just because I came back from Japan?

“Alas, why did I come to North Korea from Japan?  How was I not able to foresee such a thing before I came here? Why did I come here with my husband and bring my children? I just came here because I thought this place was my hometown but why do you treat us as spies?

“Damn it all. Bring my family back to Japan. Otherwise, just kill us all.”

She shouted and suddenly became silent.

See no Evil, Speak no Evil, Hear no Evil: Eiko 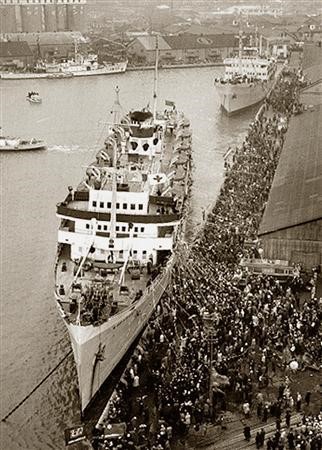 Eiko was born in Kyoto, Japan in 1942 as the second generation of diasporic Koreans. When she was 17 years old in Chosun High School, which was sponsored by the General Association of Korean Residents in Japan, she became interested in socialism which was prevailing in Japan as a progressive thought at that time even though she was against the personality cult for Kim Il-sung. She persuaded her parents and school teachers, and decided to return to North Korea at first alone, and left Japan at Niigata port.

When the ship drew closer to Chongjin port in North Korea, she moved to the stem of the ship with the two senior boys she was traveling with in order to watch the ship dock at the port. Another senior boy who had returned to North Korea earlier shouted repeatedly to them,

She felt uneasy when she met thousands of local people who gathered in order to welcome them.  All of them had the same modest clothes and sports shoes without socks. She heard some fellow returnees expressing their anxieties, saying, “We have been deceived, haven’t we?”

One week later, when she was called in for an “emergency circumstance,” a policeman explained with a grim look, “A buster pulled down a holy picture that praised the achievement of our leader Kim Il-sung, and trod it down under foot.” He explained that the young man was instructed to learn the greatness of Kim Ilu-sung.  But she never saw him again.  The returnees were sent, in reality, regardless of their wills, to local districts with coal mines, metalliferous mines, forestry industries, and agriculture sectors, industries that needed to make up for loss of labor from the Korean war.  She was living in a cluster housing where one day she heard an argument of another family blaming those who first advocated joining in the Diasporic Returns project.

Some returnees wrote letters to Japanese families and relatives requesting economic support and managed to get provisions from Japan, Eiko witnessed. But others who did not have any relatives in Japan suffered a lot, living much poorer lives than North Koreans. Since her parents were to return to North Korea one year later than she, she wrote a letter saying “If my (infant) brother becomes married, come here with his wife.” In this way, she wrote a coded letter that North Koreans did not understand the true meaning of, and her implicit letter managed to keep her parents from coming over to North Korea.

Eiko witnessed that many returnees got ill because of psychotic disorders, and some of them committed suicide. But since those who committed suicide were regarded as rebellious persons against the government and the rest of the family members could be sent to concentration camps, she explained, the returnees did not, in reality, have even the freedom to commit suicide. She made up her mind to devote herself to maintaining her life by practicing “See no evil, hear no evil, speak no evil,” in other words, turning a blind eye. She thus managed to graduate from high school and study engineering at a university in North Korea.

But there was one tragic experience Eiko could not forget about regarding her Japanese friend. At a job site for road construction, this friend was always criticized severely for the slightest mistakes because of the resentments North Koreans had toward the Japanese. So, her friend kept working even when she was ill because she feared that she would get teased later, and as a result, she breathed her last breath while sitting on the job site.

These heartbreaking stories are just a glimpse into the lives of the many people suffering on the Korean peninsula. The Korean Dream is not just for citizens on the peninsula; it is a dream for all people to participate in alleviating the tragedy of the division of our human family. Together we can make this dream of One Korea a reality. Together, we can support and build a nation that will bring peace not only to the region, but to the world.