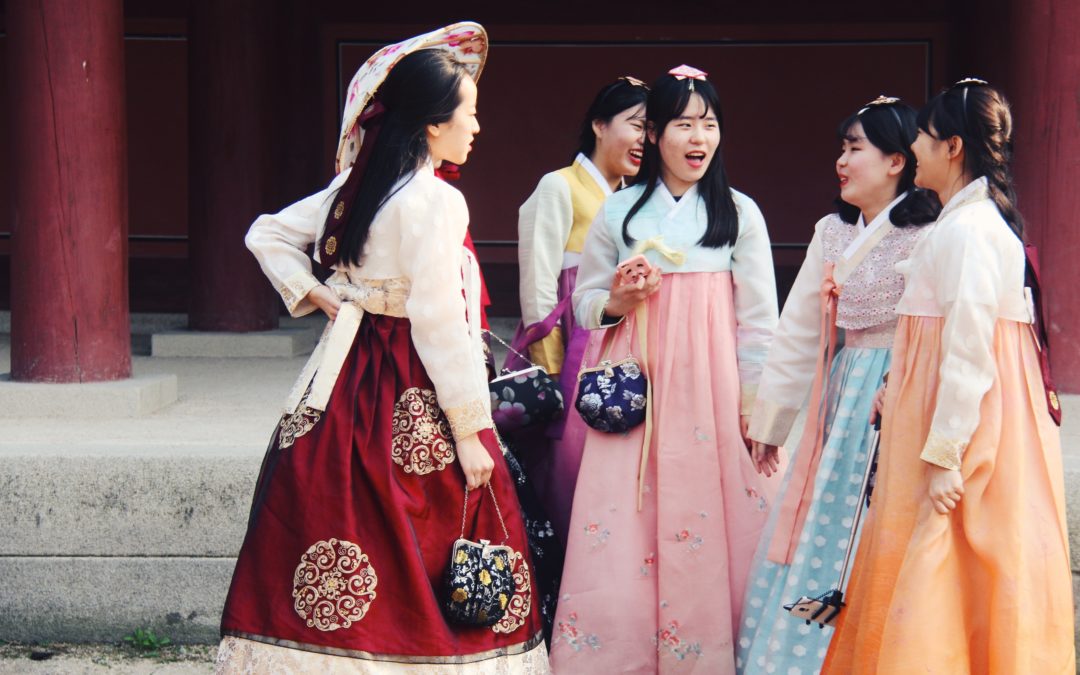 What is han? Below, we explore the Korean concept of ‘han’ and its meaningful lessons for facing life’s challenges.

In his book, David and Goliath, Malcolm Gladwell comments on the curiosity of the “advantage of disadvantage” that, in fact, disadvantages offered opportunities that advantages do not.

Yet, disadvantageous situations hold within them the danger of being something like a “get out of jail free” card because, perhaps, no one expects anything of you. That is, it excuses you from the obligation to do much more than simply survive.

The Korean experience of han holds within it a danger of being simultaneously an advantage and a disadvantage. A deeply unsettling sense of life, han has been understood variously to be something that ranges from a deep, collective grief, resentment, a grudge, self-pity, hatred, a “deep psychological wound” passed from generation to generation.

Essentially described as indescribable, even diaspora Koreans resonate with the idea of han as a condition of “Koreanness.” One Korean adoptee reflected on her own experience of being “gifted” of the experience and burden of han in her efforts to understand her own identity:

By the time I first heard the Korean terms han and jeong, I’d already moved out of the country, twice. But the instant they were described to me, the memories hit me like a flood. “Ohhhh, so that’s what those feelings were?” In my life in Korea—that second, older one—I knew them so acutely, so intimately, but I did not know they had their own special names. 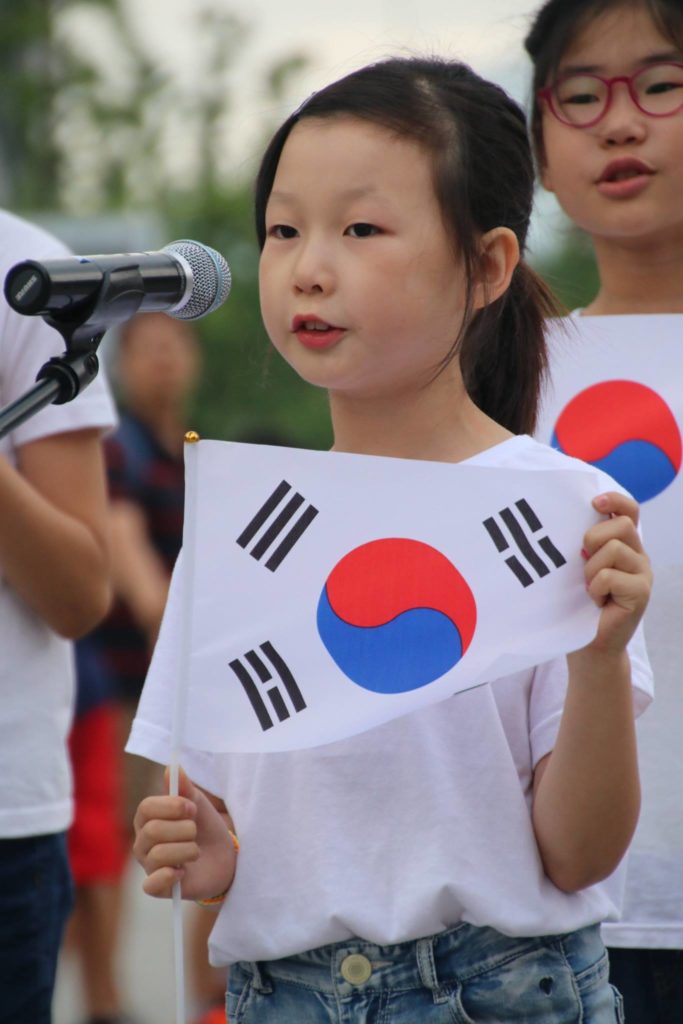 Young girl in children’s choir sings “Arirang” while holding up the taegeukki, a symbol packed with tradition and symbolism for both North and South Korea.

While the exact origins and conditions that led Korean culture to be a “culture of han” are unknown, the manifestations in popular culture and the arts are undeniable. Arirang, long-considered to be the unofficial national song of Korea. In a story titled “Why ‘Arirang’ is the perfect song for a divided Korea” a Korean violinist, Won Hyung-joon explains, ““It just touches our soul […] It’s very sorrowful and feels like pain.” While the exact origins and meaning of the song is unknown, it is but one expression of the ubiquitous nature of han in Korean culture.

The L.A. Times reported on a “complex feeling tugs at Koreans” and those interviewed for the piece generally expressed wishes to rid themselves of the feelings; han was undesirable for them. One grandmother noted that as she experienced material wealth, the feelings of han no longer tugged at her as in the past.

Yet, in other circles, the experience of han has been the quintessential “blessing in disguise”, or the “advantage of the disadvantage. Remarks by one Bishop Paul Tchang Ryeol Kim explained han in this way:

At one level han appears to be the legacy of a curse, but in reality, it has been a kind of blessing, because it has been the catalyst to cause us to search for God. […] we are naturally endowed with a deep religious disposition. I believe that it is one of han’s blessings. God uses han to shake us up, to wake us from our sleep, and thus He makes us realize the vanity of life, the ultimate emptiness of the things of this world. Through han He prevents us from finding satisfaction in earthly things and stimulates us to search for the absolute and everlasting.

While some have pointed to the fading of an han-consciousness in the wake of material wealth and well-being in South Korea, interpretations such as the one above may be critical. Han, by itself is not necessarily desirable but if it is part of what has driven Koreans, the world over to reach beyond the fading pleasures of the material world, it is something worth preserving and honoring.

Similarly, in Korean Dream: A Vision for a Unified Korea, Dr. Hyun Jin P. Moon describes his own understanding of how han might be become a critical process for spiritual growth for the Korean people:

Han is the beginning of a process of spiritual growth wherby a person seeks to digest an injustice or injury internally rather than react in an angry, vengeful manner. Through wrestling with difficult emotions, the person can attain a deeper understanding of the human condition and a new level of spiritual maturity. Han should not end with the wrestling but should give birth to the inner realization to forgive, love and embrace those who have done us wrong.

Such an understanding of han transforms all the bitter indignities and disadvantages we see in both history and personal experience into opportunities to become ever more compassionate, mature and we might even say – more human. Seen from this perspective, we might see the saints and sages of human as ordinary people who modeled this concept of han; they were able to transcend unfortunate, disadvantageous circumstances in extraordinary ways. Perhaps this sort of realization invites us, as these very same ordinary people, to become extraordinary in our everyday lives.

And perhaps – paradoxically — han saves the Korean people by reminding them of their spiritual nature, to be dissatisfied of a life without meaning, purpose and dignity.