The unique challenges brought on by the recent pandemic has brought to light the limitations of closed societies, the resilience of open societies, and the opportunity to reassess what is really important to propel the global community forward. This includes a topic that continues to be of paramount importance to peace and security on a regional and global level: Korean reunification and denuclearization. In a virtual roundtable hosted by Global Peace Foundation, experts from Mongolia and Japan acknowledged the impact of COVID-19, looking back to the two regional states and their historic relationship with the Korean peninsula, and using that knowledge to map a way forward towards peaceful reunification.

Mongolia shares a common characteristic with Korea, also experiencing division while buffering two powerful neighbors. “After the 1911 revolution Mongolia had two major goals: acquire recognition by the major powers, especially Russia and China, of its independence and unite Mongolians living in Russia, Mongolia and China in a sovereign Mongolia,” explained Dr. Jargalsaikhan Enkhsaikhan, Chairman of Blue Banner and Former Mongolian Permanent Representative to the United Nations.

“The question was whether the two neighbors would agree to that. China was against recognizing Mongolia as an independent country, while Russia was supportive of Mongolia’s independence, seeing it as a buffer between it and China. As a result of nearly three decades of Mongolia’s active policy and Russia’s security interests, the 1945 Yalta agreement recognized Mongolia’s de facto status quo, confined within its de facto borders, and Mongolia recognized the Yalta agreement. In 1949 the People’s Republic of China recognized Mongolia and established diplomatic relations. Since then Mongolia promotes broad people-to-people ties with its northern and southern brethren as well as economic and cultural relations with them.”

“In Korea at least the great powers agree on the goal of unification, although each one has its own interest and vision of unified Korea. Hence there is hope for reunification. None of these powers is saying ‘no.’” 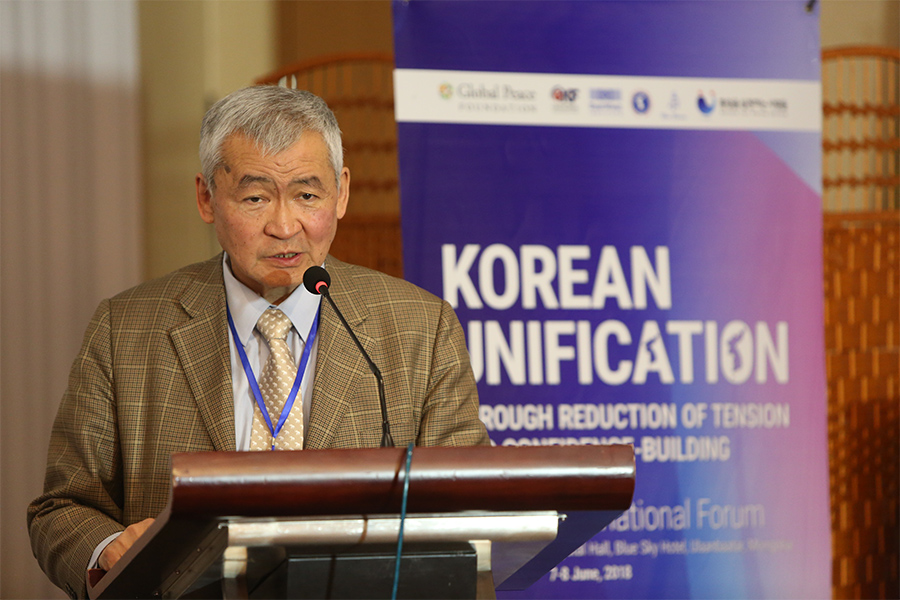 Another issue addressed at the forum was on the topic of nuclear weapons in Northeast Asia (NEA). According to a study conducted by one of the forum partners on the most effective way of denuclearizing the Korean peninsula, it was concluded that a bold conceptual approach was needed, meaning defensive, sole-purpose use of nuclear weapons and reviewing the nuclear umbrella doctrine in Northeast Asia.

“Denuclearizing the Korean peninsula needs to be addressed bearing in mind the security and development interests of the entire region, and the economic interest of the DPRK itself,” Dr. Enkhsaikhan said. “Establishing a NEA nuclear-weapon-free zone consisting of the territories of two Koreas and Japan, and providing the DPRK, ROK and Japan with legally based security assurances by the U.S., Russia and China (the P3) would benefit these three zonal states.

A credible ‘mini Marshall Plan’ [for the DPRK] could be a win-win solution for the Korean peninsula as well as for overall regional security and development. Dr. Enkhsaikhan continued:

Recent inter-Korean and DPRK-US summits have shown that there is a political interest in denuclearizing the Korean peninsula, yet “the devil is always in details.” The speakers noted that working-level negotiations should aim more seriously toward denuclearization of the entire Korean peninsula rather than demanding almost unilateral denuclearization of the DPRK first or applying political and economic “maximum pressures.” 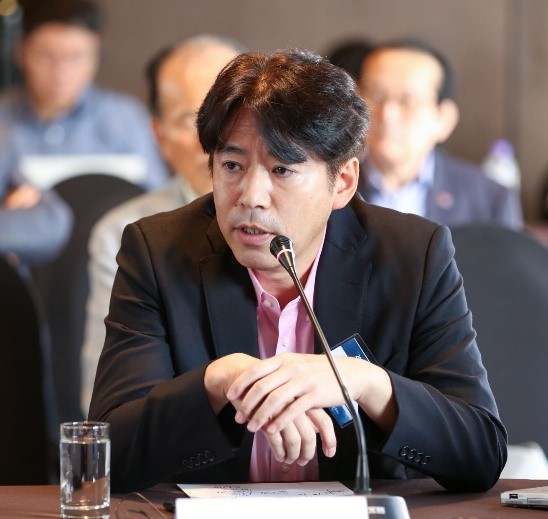 Dr. Sachio Nakato, professor of International Relations at Ritsumeikan University in Kyoto, said his personal view is that unification is necessary and Japan should support it. “Unfortunately many people, most scholars, believe Japan is not interested in unification,” he said.

But what kind of unification is preferable for Japan, especially the Japanese government? Nakato said that a liberal democratic government without nuclear weapons would be welcomed by Japan. Japan also prefers that a unified Korea retain an alliance with the United States, and trilateral cooperation is most preferable. “North Korea may not like this idea, but this is an ideal path for unification from Japan’s perspective.” He cautioned that a unified Korea with over-weighted ties to China would be a matter of great concern for Japan.

“Denuclearization is a most important issue, but from North Korea’s perspective, denuclearization is not simply a challenge to the DPRK but to the entire Korean peninsula. When you talk about denuclearization and include South Korea, is this acceptable to the United States? The Singapore Declaration only directed the nuclear issue toward the DPRK, with no mention of the South. A nuclear-free zone as presented by Dr. Enkhsaikhan is a promising idea. It is a question of trust of all countries, including the United States.

Commenting on the presentations, Dr. Jai Ryu, founder of the One Korea Foundation, said the pandemic has provided a reset, time to think about the pandemic impact, implications of the election of the Moon government and talk about a peace treaty and questioning the need of American troops, as well as discussions about a “federation” of Korea.

Dr. Ryu also noted a significant change in American public opinion with respect to China. “The way that China has operated during the pandemic has influenced Americans who now see the difference between Chinese people and the communist party,” he said.

Ambassador Tsedendamba Batbayar, Editor-in-Chief of the Mongolian Journal of International Affairs, said the coronavirus exposed weakness and strengths of closed and open societies. “In open societies information was transparent and available everywhere,” he said. “But in a closed society like North Korea, information was restricted and not shared with the outside world. The pandemic exposed different leadership styles, and all countries will need to rethink national preparedness.”

The peaceful reunification of the Korean peninsula has and continues to not only be an option but a favorable goal for many who work towards peace and security in Northeast Asia. The Korean Dream of a free, united, and independent Korea that benefits the world is the answer to so many social, economic, and security issues that have pervaded the region. Now is the time for the Korean Dream.