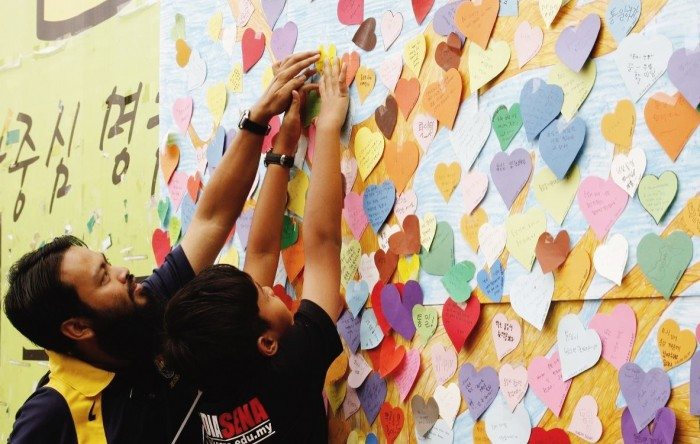 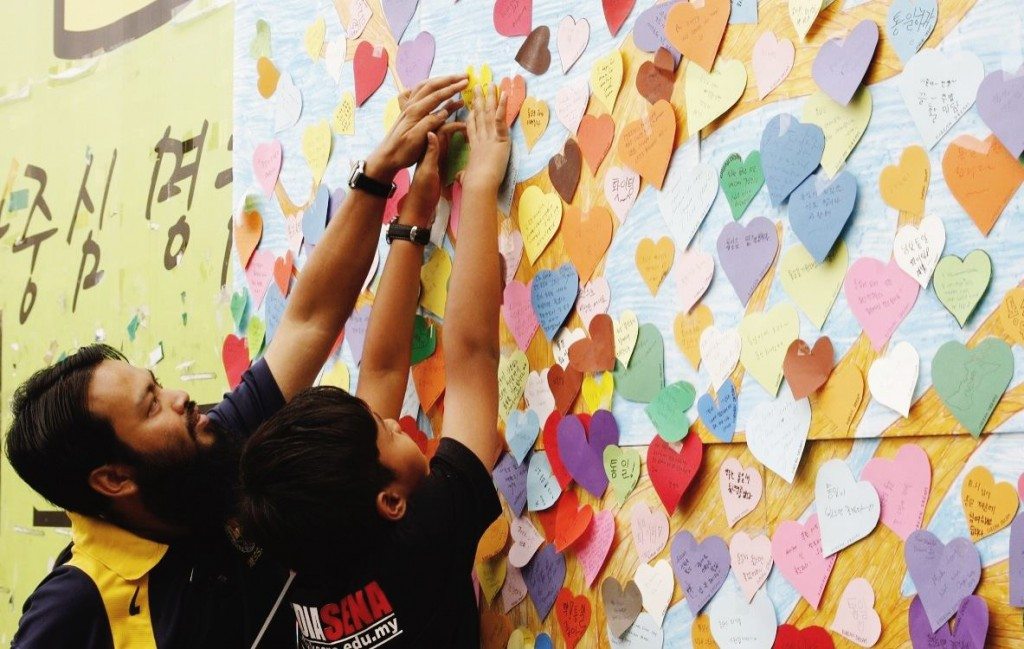 We called it the Unification Tree. A simple paper tree that started the day with branches empty, but began to “sprout” leaves as passersby jotted down their thoughts and hopes for Korean Unification.

One leaf had “Our hope for unification” the title of an old song that lamented the prolonged division of our people. Another had “for our nation,” expressing the shared heritage of the Korean people as one nation.

One leaf in particular sprouted a realization in my mind. Most of the leaves were written in Hangul or English, this one stood out because it was written in Japanese. I remember the couple that had stopped by to post this leaf; she was Korean and he was Japanese.

We were told that the tree was for people to express their thoughts on the issue of unification, however, he wanted to write something about improving relations between Japan and Korea.

I had to pause. How was Japan-Korean relations related to the issue of reunification? Did Japanese have a stake in the fate of the Korean peninsula? 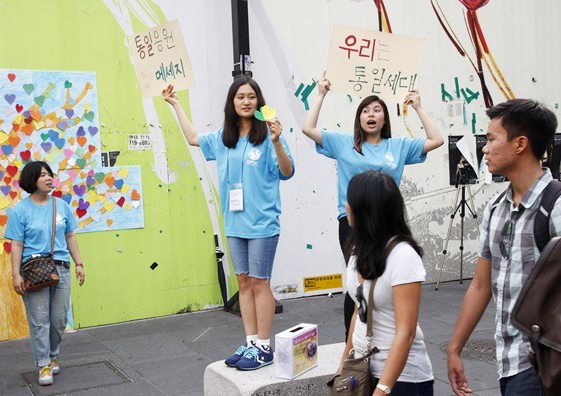 I looked at their faces, awkwardly grinning as my thoughts processed. Finally I consented, and he wrote his wish for the unification of Japanese and Koreans.

In hindsight, this leaf represented much more than just the unification Japan and Korea.

Of course, there is the obvious conclusion – Korean Unification is a concern of not just the Korean people, but of many people who care about the nation, but also have a stake in the stability of Northeast Asia – Russia, China, Japan, the United States….

But there was a deeper realization that that leaf opened in my consciousness – that the effects of Korean unification would impact not just the Korean people, or even Northeast Asia, it would be setting a model, a precedent for the world. If we could get this unification thing right, there were so many divisions that needed to be overcome – the animosity between Japan and Korea being one of them.

The approach presented in the Korean Dream, by Dr. Moon made more sense, too. For people who have been divided for so long, and by so much pain, a common vision, a common heritage that precedes that division, would probably be the only way for them to move beyond those barriers.

In the end, I was glad I consented to allow the Japanese man’s hopes for his nation and the nation of his significant other to join the other leaves on the unification tree.

It expanded my understanding of “unification” and also how much Korean unification could do for the world.

~This piece is based off of a testimony of a youth volunteer who participated in a summer leadership exchange program in Korea promoting Korean reunification.