Ubuntu and One Family Under God 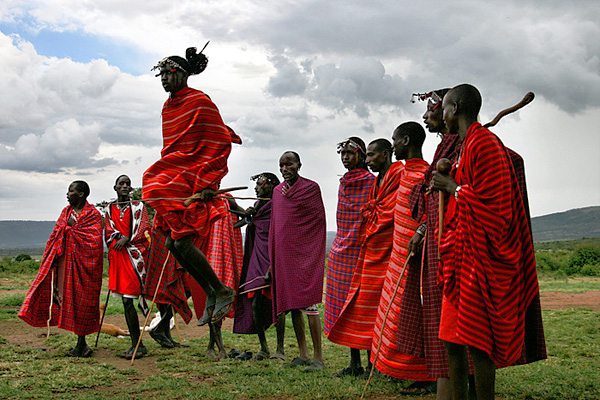 “Ubuntu speaks particularly about the fact that you can’t exist as a human being in isolation. It speaks about our interconnectedness.” ~Desmond Tutu

Ubuntu invites us to assume that our starting point, our real context, is what we have in common. We are all flesh and blood human beings who desire to live in peace, security and relative comfort with our nearest and dearest, able to bring up children in safety so they too may go on to lead lives that are, to a realistic degree, happy and fulfilling. When we recognize this in one another, differences such as race, language, culture and religion inevitably become secondary, and less significant.

On this basis, we can far more easily stand together, as we must, in tackling the divisions that ought to be opposed, such as the shocking economic disparities, because those who are on the wrong end of such differences are no longer seen as ‘them’ but as ‘us’.

When considering the inextricable role that spirituality plays in African society as a whole, we might consider that there is an added dimension to Ubuntu that goes beyond the human and points to God or the Divine.

As Archbishop Makgoba and Archbishop Tutu’s definitions indicate, Ubuntu speaks of humanity’s responsibility for one another and the idea of a shared destiny. In recent history, Ubuntu has been a guiding force during the fight against the structures of apartheid and the community-based reconciliation of both victims and perpetrators after genocide. We can even see the influence of this ideal in the village community bank programs (VICOBA) that are working to lift societies out of poverty.

Yet, when considering the very inextricable role that spirituality plays in African society as a whole, we might consider that there is an added dimension to Ubuntu that goes beyond the human and points to God or the Divine. This perspective deepens width and scope of the ideal of Ubuntu to become even more than a humanistic philosophy but a beautiful, verdant and multi-dimensional understanding of our common spiritual identity.

It is this understanding, coupled with the much remarked-upon understanding of deep human interconnectedness with which Ubuntu is traditionally associated, that we see the global moral vision of One Family Under God. Understanding how the spirit of Ubuntu, in all its different names, is helping to address issues such as poverty, corruption and identity-based conflict on the African continent can serve to inform practical solutions for the same in other parts of the world as we seek to live as One Family Under God.

The original blog can be found on: globalpeace.org