A Time for Moral Leadership and Courage 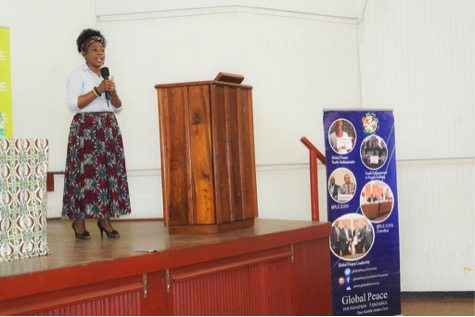 “An ethical leader possesses humility, maintains concern for the greater good, is honest and straightforward, fulfills commitments, strives for fairness, takes responsibility, shows respect for each individual, encourages and develops others, serves others and shows courage to stand up for what is right.”

Martha Nghambi passionately described the importance of a new paradigm for leadership when she addressed a room of 180 students and teachers at Dar es Salaam University in Tanzania. As a representative for Global Peace Foundation (GPF), Martha is a zealous advocate for moral and innovative youth leadership to address challenges facing a country with a 60% youth population. 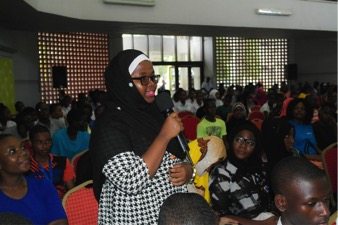 Audience member at the GPW forum held in Tanzania

The university forum was held by the Tanzania women’s division of GPF last April to provide a networking platform for youth leaders and examine grassroots peace initiatives like “Vijana Na Amani,” or “Youth and Peace,” which addresses identity-based conflict among Tanzania’s youth population to counter radicalization and violent extremism.

The moral and innovative aspects of leadership were highlighted by Martha’s moving sentiment to raise moral leaders guided by a common vision and rooted in “irrevocable universal principles and values that have the breadth and depth to encompass the diversity of the human family,” a reference to a speech given by GPF founder and chairman Dr. Hyun Jin Preston Moon in his 2010 address to African leaders at the Global Peace Convention in Nairobi.

“It has to harness mankind’s natural creative need to advance and develop the human condition. This is the innovative aspect of leadership, in every culture, extraordinary men and women have propelled humanity forward in the fields of philosophy, ethics, science, athletics and the arts, by freely exercising their God given talents, even to the point of challenging existing paradigms. Surmounting the religious, societal and legal constraints of their time, such innovators brought greater advances and freedoms to the modern world.” 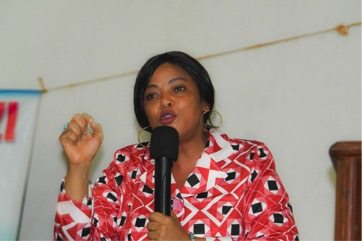 The power of youth lies in their energy and passion to lead the world by example, creating a new paradigm, culture and standard for leadership that can transform the school environment and workplace.

This creates a new space for people to harness their creative spirit to contribute to the natural, holistic development of healthy families and communities. This kind of environment challenges society not to prescribe temporary solutions to issues, but rather focus on the fundamental values that form the foundation of healthy communities, preventing social issues from forming in the first place.

“We need moral leadership and courage in our world,” said Martha.

Learn more about Vijana Na Amani and its goal to end the negative trend of youth radicalization through education, sensitization and leadership and entrepreneurship capacity building.