A Third Way to Resolve the North Korean Nuclear Threat 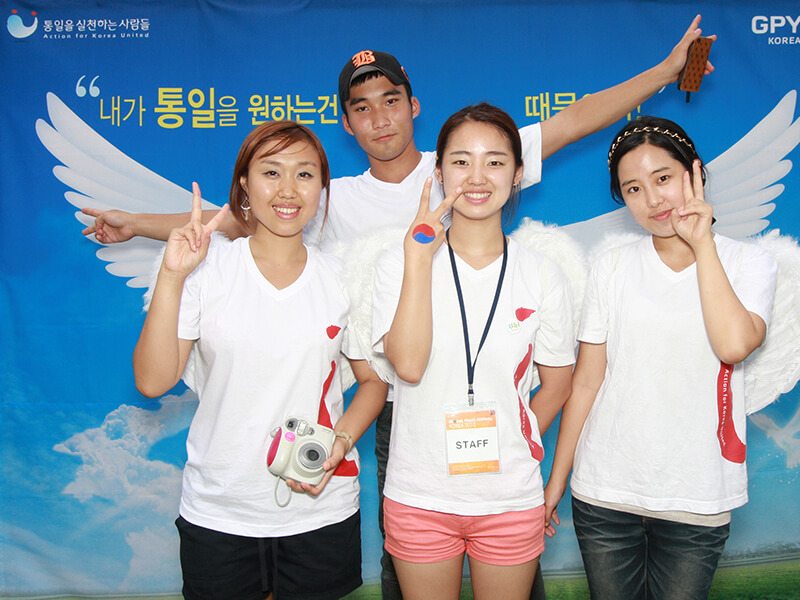 “When have [Koreans] ever backs away from a challenge?… Koreans have always met their vision, no matter how hard the task.” Hon. Donald Manzullo

The Korean peninsula has been in the news and on the minds of the world recently for the growing threat of nuclear conflict, particularly as North Korea now boasts of having achieved a nuclear intercontinental ballistic missile.

Yet, despite this negative attention, the current nuclear crisis has in some ways opened a window of opportunity for the Korean people. As the tensions mount on the peninsula, the need for a solution for the long-standing division has become imperative, not just for Koreans, but for the world. And although the two options are on the table are typically a diplomatic armistice or a nuclear clash, the Korean people have the opportunity to offer a third and better way if they seize this moment and claim that peaceful unification as the best and only way forward for their nation.

The U.S. President in his address to the National Assembly of the Republic of Korea, indicated support for such an option:

“Together, we dream of a Korea that is free, a peninsula that is safe, and families that are reunited once again. We dream of highways connecting North and South, of cousins embracing cousins, and this nuclear nightmare replaced with the beautiful promise of peace.”

Yet, for this third way to advance, the Korean people must take the lead, otherwise geopolitical circumstances, and outside forces may force the Korean people into another undesirable situation. And for this to happen, they must reawaken their long-held desire to be a free and independent, united people, bringing prosperity to all their people and the rest of the world.

And it may not be so hard to do. There is evidence that the dream of unification is active and present in many ways in the social, political and historic heritage of the Korean people.

“Having assumed the mission of democratic reform and peaceful unification of our homeland and having determined to consolidate national unity with justice, humanitarianism and brotherly love…”

And “The Republic of Korea shall seek unification and shall formulate and carry out a policy of peaceful unification, based on the principles of freedom and democracy.”

The current Republic of Korea administration and National Assembly could take the reins to make good on this promise made at the founding and development of their nation. 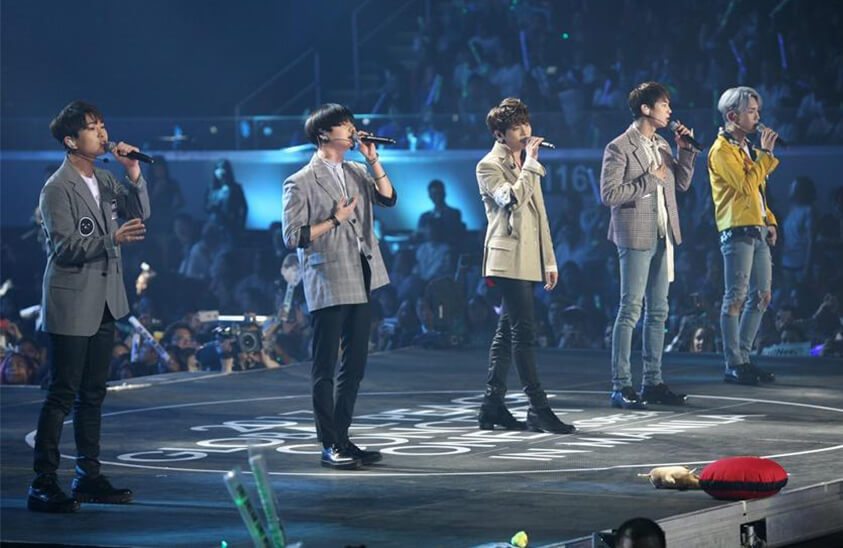 K-Pop stars SHINee performs at the One K Global Peace Concert in Manila, the Philippines

“If we are to wash of yesterday’s rancor, if we are to shed today’s agony, if we are to abolish tomorrow’s menace, if we are to eagerly broaden our shrunken national conscience and state pride, if we are to achieve natural development of individual character, if we are to keep our poor children from inheriting anguish and shame, if we are to bestow everlasting blessing our descendants — then our first duty is to secure the independence of our nation. Korean independence will be an indispensable step toward the stability of East Asia as well as be a part of world peace and human happiness.”

Leaders of both North and South Korea took part in that movement prior to the ideological division of the people. 2019 marks 100 years since the Korean Dream was expressed in the Declaration of Independence of Korea, and it still has yet to be realized. 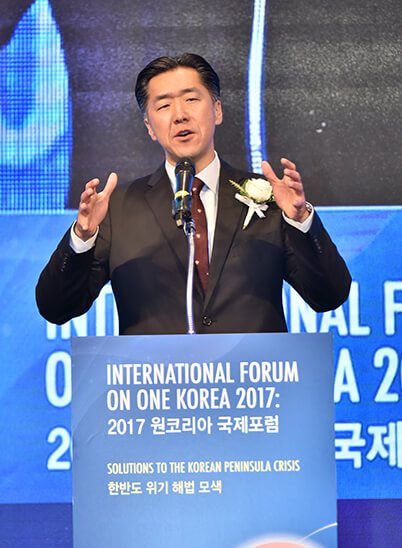 Dr. Hyun Jin P. Moon speaks at the International Forum on One Korea in Seoul, December 2017

Dr. Moon pointed out in his address at the 2017 Action for Korea United Leader’s Assembly that the current division represents a transitory part of a process towards the eventual goal that was already cast in 1919. He said, “All Koreans, North and South, should recognize that the existence of these two governments was meant to eventually lead to a unified Korea.”

He urged both Koreans and supporters from the international community to take not a short term view of the current division focused on the denuclearization of the North, but a long-term view that hinges on the ultimate goal of a “united Korean people, fulfilling their national destiny in line with Hongik Ingan ideals to serve all humanity.”

When Koreans take the lead on claiming the Korean Dream, denuclearization and reunification would become but a milestone in the development of a reunified Korean nation. It is then that Koreans can take on the task once imagined by the Korean Independence activist, Kim Gu: “I wish my nation would be a nation that doesn’t just imitate others, but rather it be a nation that is the source of a new and higher culture, that it can become the goal and an example [for others].”

The time is ripe for the Korean Dream to bear fruit in the hearts and minds of people all over the world.