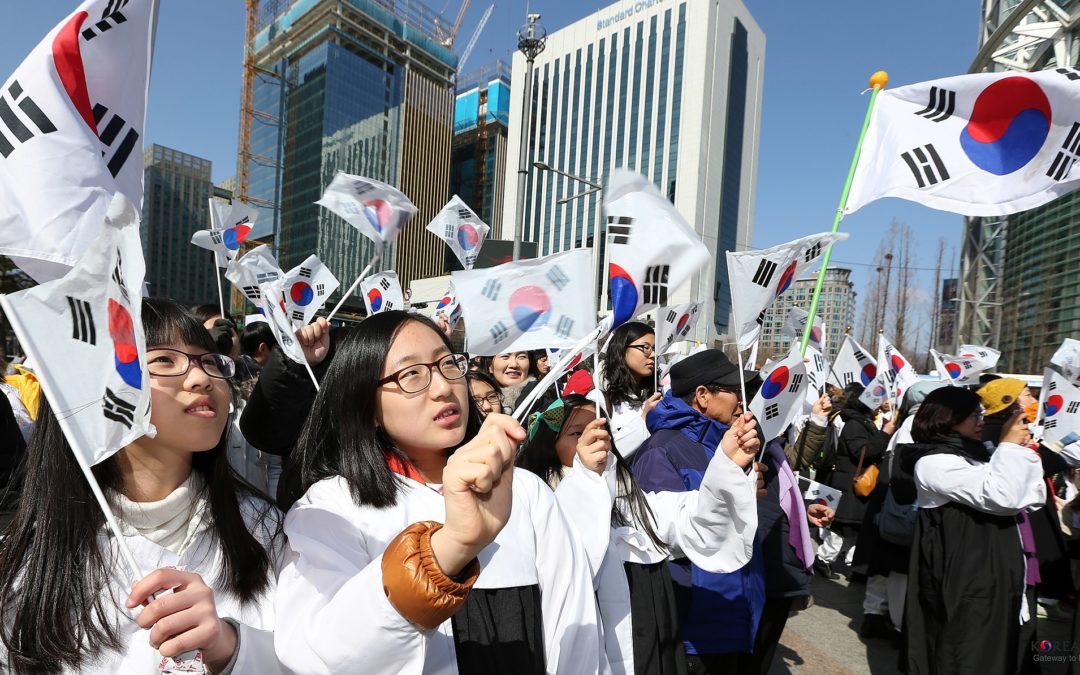 The spirit of the March First Movement inspired international support for the Korean people and their efforts to establish nationhood around the principles of self-determination and independence.

One such supporter was a Canadian Christian Missionary who captured the first protests in photos. Today his photos provide a reference point for the world and succeeding generations.

Although the March First Movement did not result in an independent, united Korean nation, the spirit of peaceful reunification lives in grassroots efforts being conducted in Korea and the diaspora around the world.

A Canadian Christian missionary secretly distributes copies of a Declaration for Independence in a hospital in Seoul, Korea where he teaches veterinary science. Later that day, he cleverly escapes the attention of the police and military and photographs thousands of civilians gathered in the park listening to a brave soul read the declaration aloud. 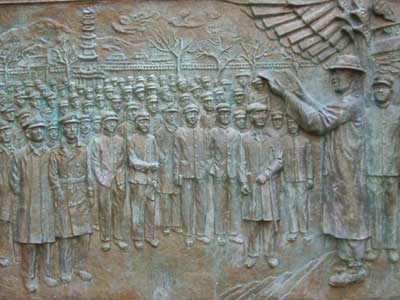 In the following days and weeks, the police and military attempt to suppress the uprising by burning down rural villages, shooting civilians, and imprisoning and torturing people. The young missionary is shocked and grieving as he watches innocent people die.

That gathering in Pagoda Park in central Seoul took place on March 1, 1919. After nearly a decade under Japanese colonial rule, this historic event triggered a series of peaceful demonstrations for Korean independence, which is historically referred to as the “March 1 Movement.”  Dr. Frank Schofield, a foreign missionary doctor, risked his life as he captured on camera the March 1st event and the immediate tragic aftermath for the Korean people. How did this independence movement draw the support of foreigners like Dr. Schofield?

Under colonial rule, Koreans lost their land, autonomy and identity. Despite deep suffering, the Korean people held onto a dream for independence and envisioned an enlightened nation based on the ancient Korean philosophy Hongik Ingan to “broadly benefit all humanity.” The Korean Declaration of Independence articulated a vision for a nation that upheld “righteousness and truth” as the basis for good governance. 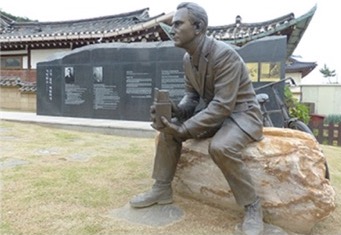 The independence leaders, who came from all walks of life and many different faiths, sacrificed their lives to secure a model nation of peace and harmony with the larger goal of spreading peace to the world. This long-cherished dream of the Korean people was the inner spark of the independence movement and what drew the support of individuals like Dr. Schofield.

Sadly, the March 1st Movement did not secure an independent nation, even in the aftermath of World War II. The ongoing division of the Korean peninsula has brought even greater tragedy for the Korean people. Families remain separated in the North and South, and the conflict between the two Koreas is arguably the single greatest challenge of our time.

Action for Korea United is reviving the spark that ignited the March 1 Movement in Korean-led efforts that is garnering global support.

In Teck Seo, Co-chairman of Action for Korea United, explained to international students in the Global Peace Ambassadors program that the ideals behind the March 1 Movement. According to Mr. Seo, the ideals still resonate in the hearts of the Korean people and could serve as a catalyst for the current global movement to support reunification. 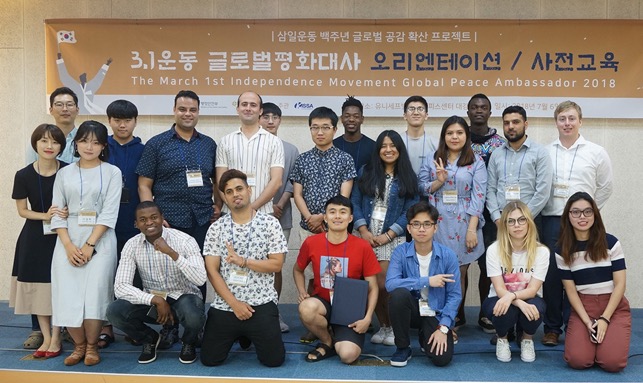 The Global Peace Ambassadors program engages select foreign exchange students studying in Korea to participate in activities that foster awareness and support for the spirit of the March 1 Movement as its 100th anniversary approaches in 2019. The program is one of many efforts to engage Koreans in efforts towards reunification and to draw international support for these efforts.

No matter where you are, you can support the Korean Dream for a united Korea.