The Birth of the Korean Independence Movement 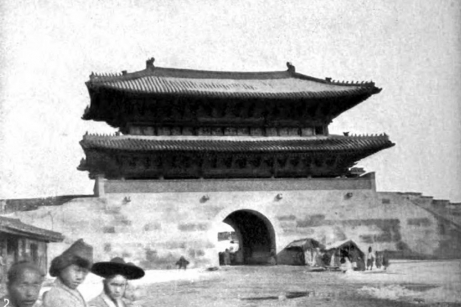 The largest peaceful uprising against colonial rule in Korean history began on March 1, 1919.

Months earlier, Korean students gathered at a YMCA in Tokyo to secretly listen to a proclamation made by a group of patriots declaring Korea’s independence. Although authorities would subdue the uprising of millions who participated around the country, the movement is remembered as a touchstone that awakened a deep spiritual yearning of the Korean people that unified ordinary citizens under a common vision – a dream of a nation that reflected the heritage and ethic of the Korean people and could be a model of peace and harmony.

Snow was drifting down onto the Tokyo streets on a cold February day when hundreds of Korean students walked nervously down the road, past police officers on patrol, and into a YMCA building, inconspicuously assembling in the auditorium.

The room fell silent as an individual approached the stage and began to speak. Students listened earnestly, waiting for the speech to conclude before erupting into cheers and applause.

The gathering would become the precursor to a series of mass peaceful protests known as the 1919 March First Movement that took place in Korea less than a month later. For the first time since suffering under Japanese colonial rule, 600 Korean students studying in Japan had come together on February 8, 1919 to listen to a representative read the first draft of the Korean Declaration for Independence. That gathering triggered the Korean independence movement, the largest peaceful uprising in Korea against colonial rule.

Though colonial authorities eventually subdued the uprising, the movement tapped into the deep spiritual consciousness of the Korean people and unified ordinary citizens through a common vision of desiring to build a model nation of peace and harmony. The Declaration of Independence states their sincere aspiration,

“….helping the cause of world peace and happiness for mankind….”

It goes on to state that truth and conscience must guide their non-violent pursuit of an independent nation.

In June 2018, a delegation consisting of North Korean defectors, Japanese citizens, members of Action for Korea United, and the CEO of Global Initiative, visited the historic YMCA site.  Nearly 100 years after the notable gathering took place, they read the Declaration of Independence on a monument now erected at the site and toured the auditorium where colonized Koreans peacefully stood for independence.

With earnest hearts, the group pledged to contribute to re-unification efforts on the Korean peninsula. The words in the March First Declaration of Independence are as applicable now to the tragic division of the Korean peninsula as they were under colonial rule: 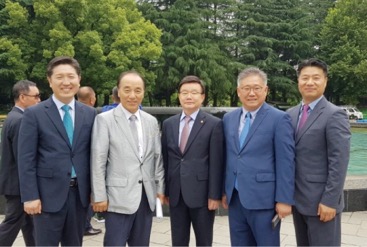 Members of Action for Korea United at the YMCA site

“…We must chart a new course for ourselves in accord with the solemn dictates of conscience, not malign and reject others for reasons of past enmity or momentary passions…”

“…The days of force are gone, and the days of morality are here. The spirit of humanity, nurtured throughout the past century, has begun casting its rays of new civilization upon human history. A new spring has arrived prompting the myriad forms of life to come to life again. The past was a time of freezing ice and snow, stifling the breath of life; the present is a time of mild breezes and warm sunshine, reinvigorating the spirit…”