Studying Social Transformation: Another look at The Battle of Jericho 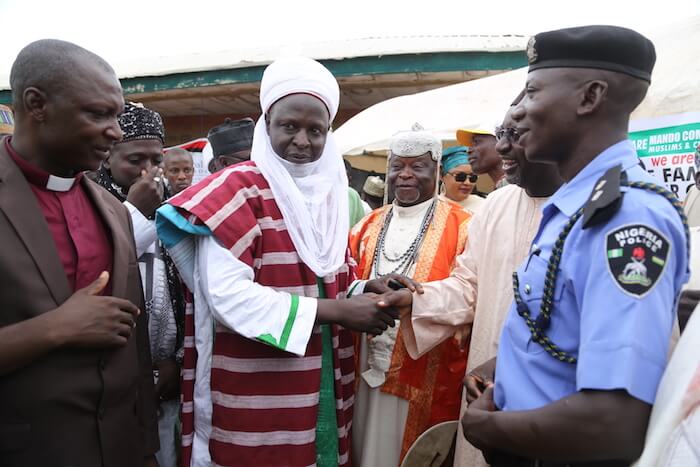 A ragtag group of refugees from Egypt arrived at the gates at the edge of the Promised Land of Canaan. They marveled at the city before them, the colorful and bustling marketplace, soldiers patrolling the perimeter and what they could only imagine was truly a land of milk and honey.

A particularly interesting, but controversial story from the Bible is the Battle of Jericho. 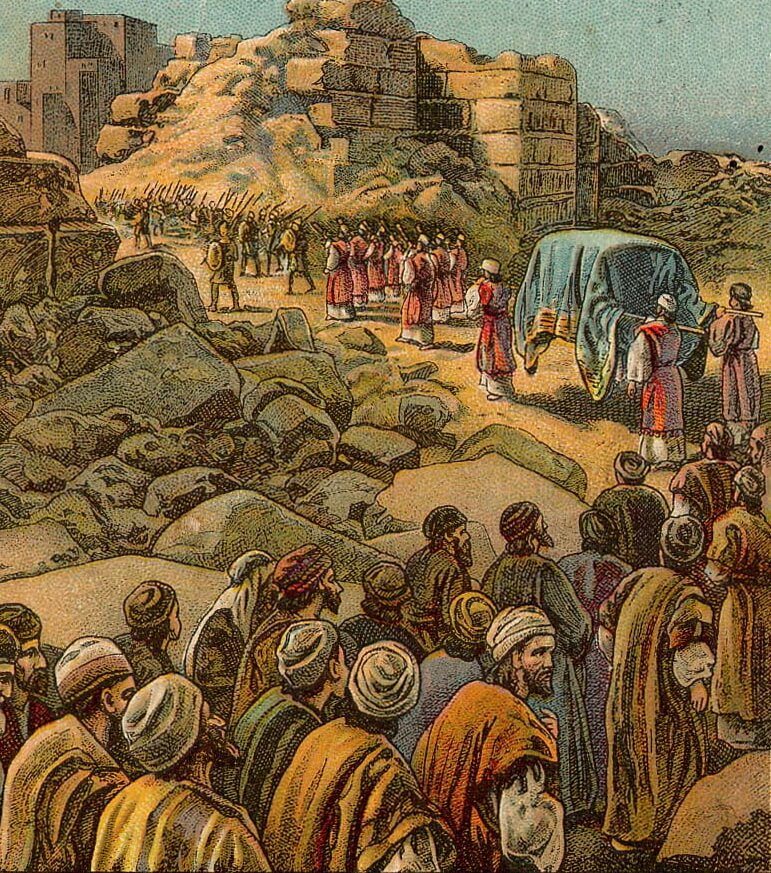 To give some idea of the main events of the battle, we might refer to the refrain from a rather popular children’s song of the event that proclaims:

Joshua fought the Battle of Jericho

And the walls came tumbling down!

Religious scholar Karen Armstrong encourages in the reading of sacred stories such as Jericho, to ask ourselves what is the meaning and significance for how we live in the here and now.

This lens challenges us to view the story of Jericho with one that asks what can this teach us today?

Lessons from Jericho for today

We can imagine that Joshua and his ragtag group arrived at a fully formed, strong and flourishing city. His group, in contrast, needed much more than they had to offer. And yet, they took heart in the idea that they belonged there and that there was a way to similarly convince these strangers of the same.

The story goes that Joshua was commanded to parade first the trumpeters, followed by the Ark of the Covenant and only then the military men would follow. This group would march around the walls of the city for seven days. This purportedly caused (with, of course, the help of the Lord) the walls of Jericho to “come tumbling down.”

Now what does this story have to do with us? What if we could break down the stories into symbols or analogies to mean something other than what we “see?” Could we see beyond the “finger pointing towards the moon”?

Could the trumpeters represent social and cultural engagement? We might assume that the Ark of the Covenant would represent the truth. Perhaps it was significant that the marching military men were marching, not fighting. What if they symbolized not the threat of military action but a symbol of peaceful political change as a result of engagement with first culture and then universal principles.

Seven days of marching by these three groups around the city walls might suggest that the group engaged in these activities every day and in every part of the city. Were they to do this, perhaps the walls inside the minds of the people would “come tumbling down!”

Christian and Muslim leaders gather together during a peace festival in Mandu as part of the One Family under God campaign.

Towards a Social Transformation

Perhaps you might say that we are looking too hard at something that is not there. But what becomes interesting is to line up this “formula” to see that the Global Peace Foundation is, in fact, using a very similar strategy: building civil society, grassroots engagement between people of different backgrounds to nudge forward openings, partnerships and collaboration that can lead to more sustained social, political and even economic change.

Whether or not the story of Jericho has meaning for you personally, or not, the transformative power of engaging with people from different backgrounds, perspectives and experiences is undeniable. When we meet other members of our one human family, we can change our minds, our attitudes and behaviors. On an everyday, ongoing basis, this kind of change can then lead to changes in the community, changes to institutions, business and more.

“When nations engage in issues of transforming a nation in poverty, they do everything in reverse. They start with the economic, then interfere with political, then catch up to the social side as an afterthought. The GPF model has done the exact opposite – it started with the social side. The importance of civic and NGO engagement to create national transformation is critical. It starts with social engagement that builds reformation and transformation, building the foundation for economic development.”

A simple formula, but we can see it in other moments of great social change in history, from the Indian independence movement, South African anti-apartheid movement, the Abolitionist and Civil Rights Movements in the United States that gave way towards new and previously unimaginable social change. A study of history shows that change that transformed societies for the better were often – or possibly always – preceded by “spiritual awakenings” wherein a rise in the consciousness of the people worked to reform the very cultural landscape.

In the Global Peace Foundation’s work with this approach in Nigeria, a relatively small team of dedicated people are working to spread this message and strategy to help bring about social change on the grassroots level. 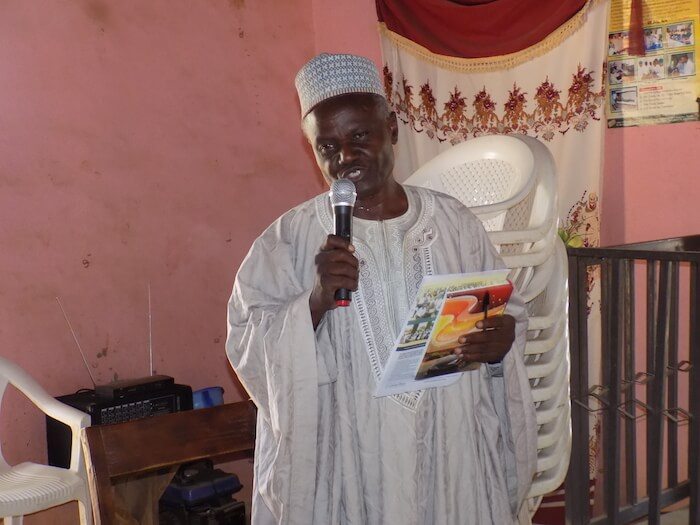 Religious leaders gather for a community meeting in Goska as part of ongoing mediation efforts by Global Peace Foundation to relieve inter-religious tension in Nigeria.

Following a period of violence and destruction in Southern Kaduna between natives and Fulani tribes people in 2016, GPF Nigeria began a process in 2017 to negotiate two ceasefire agreements between the local Fulanis and the natives. This then led the team to begin to a focused engagement with one particular community, Kaninkon, to build a model from which others could similarly learn the process of peacebuilding and reconciliation.

Yet all of these things – from ceasefires and reconciliation – while desirable in and of themselves, are not the end goal but rather milestones on a continuum aimed at bringing not only peace but development into these communities. As the community leaders build trust and commitment together to rebuild their community, tolerance moved towards respect and respect then edged towards what is now active cooperation between people of these two groups in the community.

What comes next remains to be seen but as of early 2018, the Kaninkon community has been taking steps to celebrate their first annual Community Peace Festival to celebrate the milestones and to draw more popular support for all their efforts thus far.

Participants from recent local programs in Kaninkon community reflected on their experience with the capacity building and community empowerment programming reflecting a change in attitudes towards “the other” in ways that offered glimpses of a future wherein families that lived in fear and hate might learn hope, forgiveness and love to even those they viewed as their enemies.

What happened between us and the Fulani is painful, and I had resolved never again to love or have anything to do with them, because, I lost my home and property completely during the crises. But, the teachings I heard today has given me strength, and now, anywhere I see a Fulani person even if such a person is in trouble, I will be willing to lend a helping hand if I can.”

Seriously before today, I was still very bitter concerning what happened and the lack of peace in Kaninkon, but, with the teachings today, I understand that we are all one, both Christians and Muslims and we are supposed to put our heads together to ensure the progress of our lives.

Moreover, in light of the critical role faith leaders play in their communities, the changes reflected by local native and Fulani faith leaders demonstrate what is possible when people come together with a common vision.

I am very happy about this reconciliation. I am also grateful to this organization that has been spreading the message of “One Family under God”, they have done their part, and all that is left is ours.

The reconciliation is very important because for you to have development there has to be peace.

This work is still in its infancy in Nigeria as well as other parts of the world. Undoubtedly, there are many hard lessons and challenges to be learned along the way. Nevertheless, in first dreaming, together, the impossible dreams of peace and prosperity for all, we can imagine creative ways to do this in each of the countries that we work in.

How can you apply the lessons of Jericho to bring social transformation in your community?

Read more reflections from Nigerians in the One Family under God campaign in the original article at Global Peace Foundation. Dr. Hyun Jin P. Moon is the founder and chairman of Global Peace Foundation, an international non-sectarian, non-partisan, nonprofit organization, which promotes an innovative, values-based approach to peacebuilding, guided by the vision of One Family under God.  GPF engages and organizes a global network of public and private-sector partners who develop community, national, and regional peace building models as the foundation for ethical and cohesive societies.