Shared Values as a Framework for Peacebuilding

May 24, 2022 | One Family Under God, Peacebuilding, Principles and Values 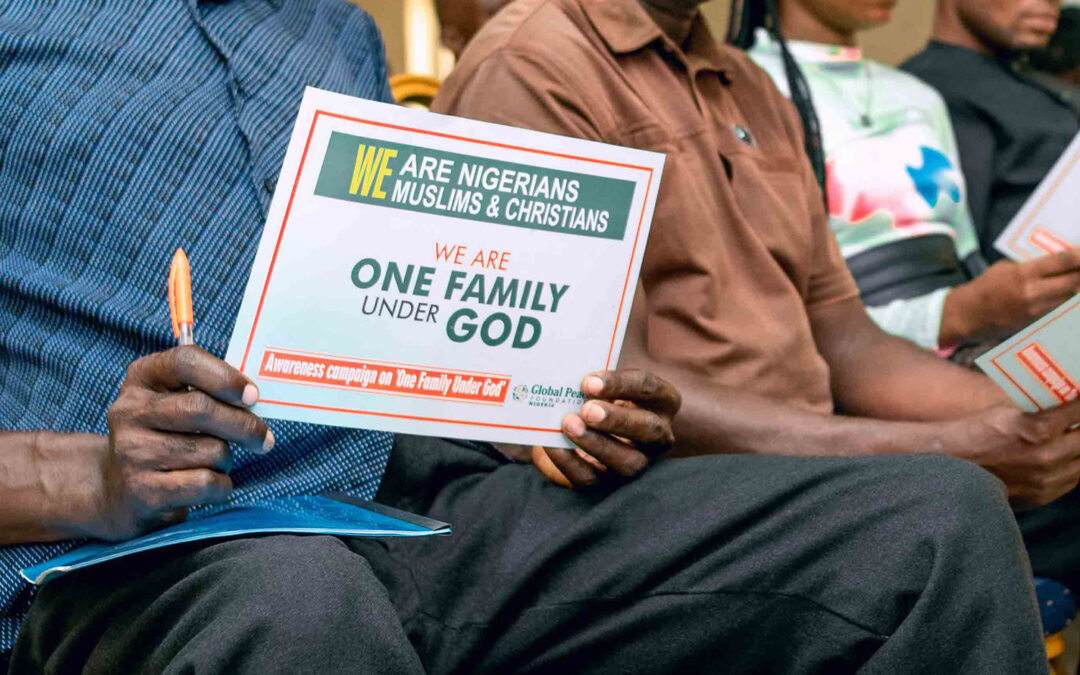 We have taken the approach that there is a common vision that motivates and animates all of humanity. That vision is ‘One Family under God.’ […] A common thread exists in all of the faith traditions that articulates and identifies universal principles and values as the guiding compass of our daily lives. In other words, faith traditions of people of faith have more in common than they do differences. [W]e should come together on a common ground to deal with a common issue of our common humanity, and that is to build ‘One Family under God.’

Agreements about fundamental principles across faiths can help create healthy families and communities. In addition, through a commitment to working together for a common cause, religions can influence people to live moral and productive lives.

What does this kind of interfaith cooperation look like? We can look at the current peacebuilding model in Nigeria as one example. The Global Peace Foundation Nigeria (GPFN) has been working since the launch of its “One Family Under God” Campaign in 2013 to build peace and facilitate cooperation between groups of different tribal and religious backgrounds. This is done through building common ground between other groups based on a shared vision of a world of peace and prosperity as “One Family Under God.”

In this, a critical component has been the direct and indirect participation of the religious leaders of each community. Throughout this ongoing campaign, religious leaders have played a significant role in building trust and strengthening relationships between groups. This is significant because conflicts tend to break out between groups divided along ethnoreligious lines in many locations across Nigeria. 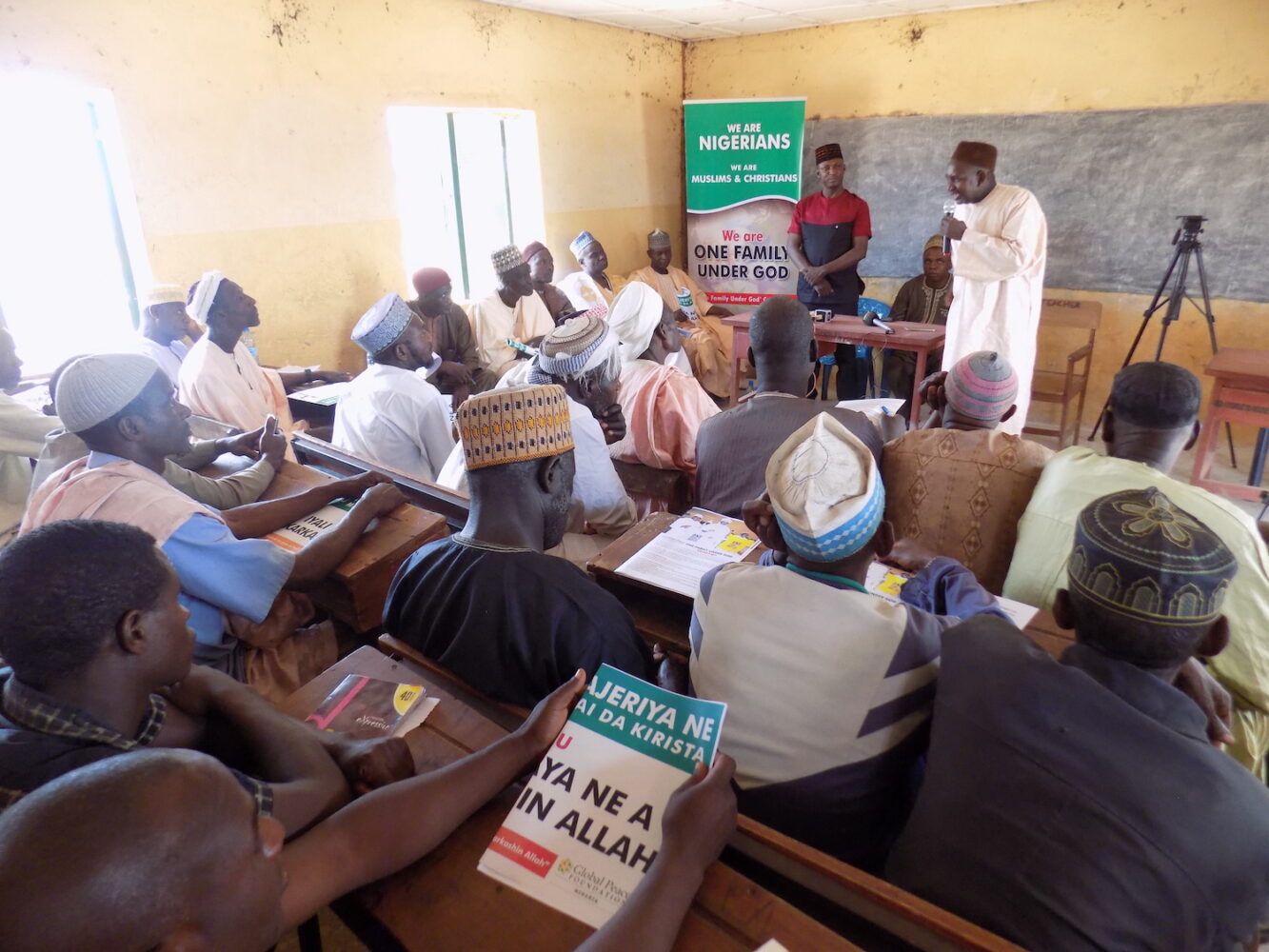 In 2017, a time of immense tension between two different ethnoreligious groups in Southern Kaduna, GPFN facilitated the formation of a Southern Kaduna Peace and Reconciliation Committee comprised of top traditional, religious leaders, women leaders, and youth leaders of the different groups. This was a direct outgroup of intense interventions and mediation sessions between the groups in conflict.

Most significant was the participation of two religious leaders, Sheik Hailru Abdullahi Maraya and Rev. John Joseph Hayab. Despite being of different religious backgrounds, these two figures from different religious and ethnic backgrounds had long modeled the ideal of “One Family Under God” in their respectful and warm relationship. Dubbed the “Kaduna Twins,” their participation grew into leading in the peace efforts. Mediation was a vital component of bringing a peaceful resolution to what had previously been a violent conflict.

By drawing on both Christian and Muslim concepts and language around important universal principles and shared values, the Kaduna Twins could transcend what had often become a barrier to peace in the region. Here, rather than having religious differences as a basis for division, the ideals and principles that each religion had long taught were highlighted in relevant ways that served the cause of peace. This helped open up essential conversations for the communities to move forward and out of open conflict.

Today, the Kaduna Twins continue their important work with local communities in Nigeria. To learn more, go to the Global Peace Foundation website at www.globalpeace.org.