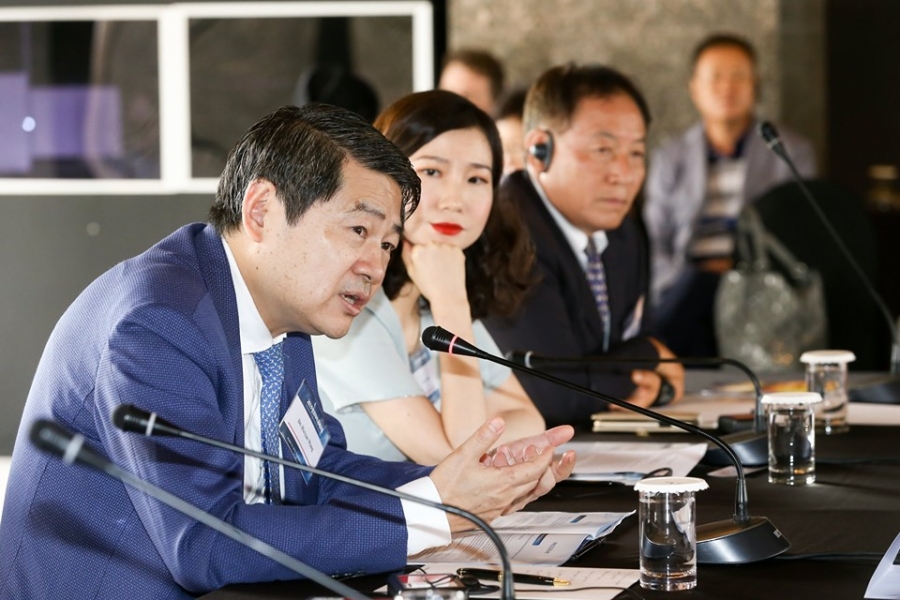 “Seventy plus years of division cannot define five thousand years of our common heritage. The inevitable destiny of the Korean people is to create a new model nation out of the ashes of division and conflict that could ‘benefit all mankind.’” —Dr. Hyun Jin P. Moon

August 14, SEOUL— Amid rising tensions and trade wars that have dimmed prospects for a diplomatic breakthrough on the Korean peninsula, Korea experts and policymakers explored a comprehensive strategic framework for Korean reunification as an essential component for establishing peace and shared prosperity across the peninsula.

The International Forum on One Korea, “Historic Opportunity for Korean Reunification: Vision, Leadership, Action,” convened on the eve of Korea’s 74th National Liberation Day and presented largely optimistic assessments of approaches to reunification, tempered by the need for improved inter-Korea relations and the importance of international support to accomplish unification.

“I believe a unified Korea can be achieved in the near future,” said Mr. Sang-Jin Shin, a representative of Korea’s National Assembly, “When we have unification—one united Korea— we actually achieve the dream of all Korean citizens.”

The forum addressed key issues in determining a free, independent, and united Korea through sessions on civic engagement, denuclearization, economic opportunity, and religious freedom and human rights. In addition to scholars and elected officials, business, NGO, and civil society leaders underscored the significance of Track Two “citizen engagement” as a way to move beyond political stalemate. 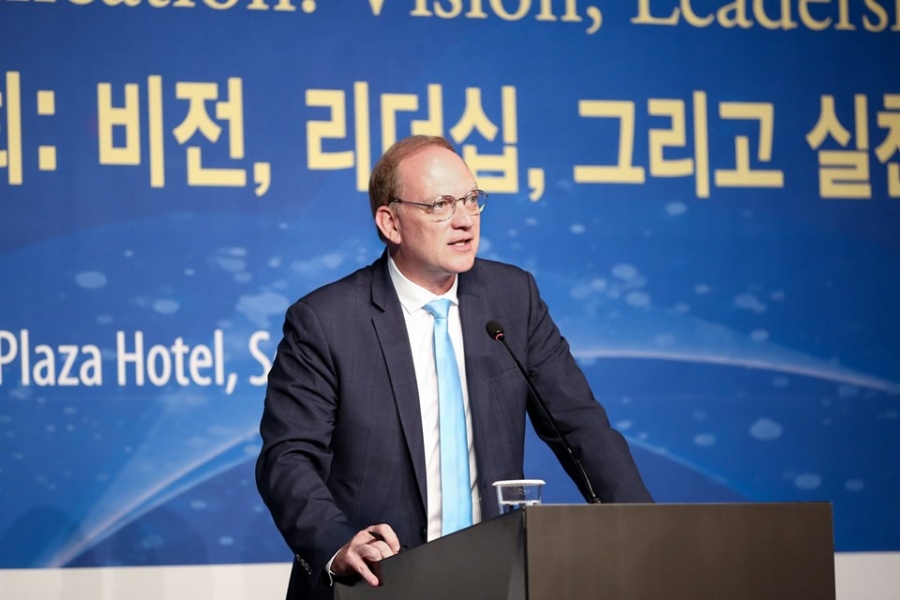 Dr. William Parker III at the Opening Plenary of the International Forum on One Korea

Dr. William Parker III, President and CEO of the EastWest Institute, said that the first step in securing peace on the peninsula is addressing the issue of human rights. He said that resolving the grave human rights violations in the North will motivate the DPRK to protect its economic interests, stabilizing the region and reducing the incentive to retain a nuclear program. Restated by many forum speakers, many efforts have been made internationally to realize denuclearization, however, little progress has resulted through the narrow focus of the current approach.

Called the “game-changer” by experts on the panel for Denuclearization and Lasting Peace in the Context of a Unified Korea, grassroots efforts like the ongoing work by Action for Korea United are creating a global movement to transform the peninsula from the citizen level.

Former Deputy Prime Minister and Minister of Education for Korea and current Chairman of the Emergency Committee of Liberal Korea Party Mr. Byung-Joon Kim urged attendees not to be complacent and encouraged citizens to live by the founding values of the Korean people in order to view unification as a necessary step toward prosperity of the entire peninsula.

The vision for reunification was reiterated by forum speakers focusing on the ancient Korean ethos called Hongik Ingan (“to live for the greater benefit of humanity”), a principle articulated by GPF Chairman Dr. Hyun Jin P. Moon, author of Korean Dream: Vision for a Unified Korea (2014). 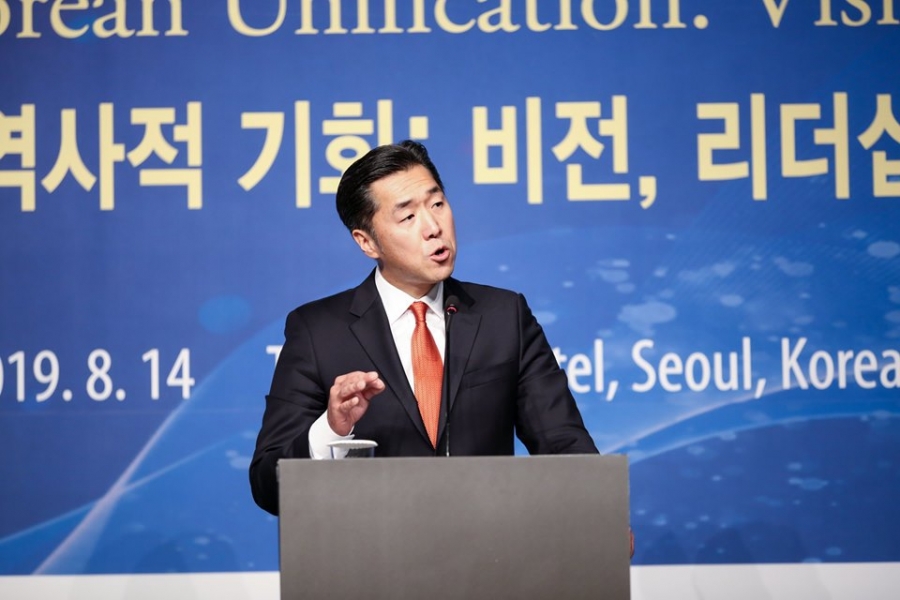 Dr. Hyun Jin P. Moon delivers the keynote address at the International Forum on One Korea

Challenging the ideological divide in South Korean politics and the foreign constructs imposed upon the Korean people even after their liberation from colonial rule, Dr. Moon reminded Korean leaders of the North and South’s common heritage and five millennia of shared history. “Seventy plus years of division cannot define five thousand years of our common heritage,” he declared. “The inevitable destiny of the Korean people is to create a new model nation out of the ashes of division and conflict that could ‘benefit all mankind.’”

The International Forum on One Korea 2019 was a collaborative effort of the Global Peace Foundation, Action for Korea United, the EastWest Institute, and other partners. The forum was followed by the Action for Korea United Festival 2019 on August 15 at the Kintex Convention Center in Seoul to commemorate the 74th National Liberation Day of Korea, or Gwangbokcheol, Day of Restoration of Light. The Festival called on activists to envision and rise up and work together to build a unified Korea based on time-honored Korean values.