Quotes from President George H.W. Bush to Inspire You 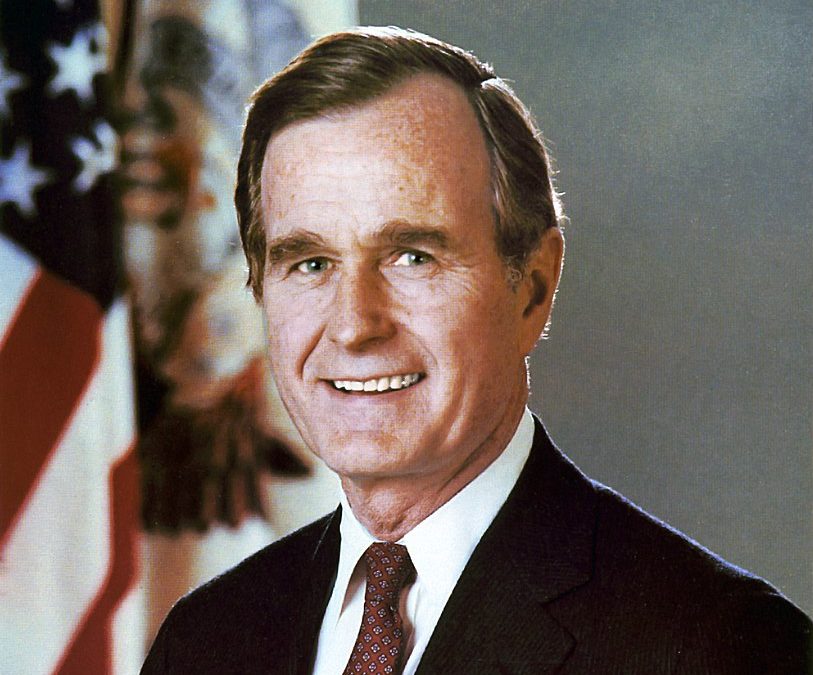 “Bush was not only a good leader, but a good father and husband, demonstrating the finest qualities of our nation and of humankind.” —U.S. Senator Paul Ryan at the Memorial for George H.W. Bush, 41st President of the United States.

George Herbert Walker Bush was the 41st President of the United States, serving from 1989 to 1993. During his presidency, the Berlin wall came down, East and West Germany was reunified, the Soviet Union collapsed, and new republics emerged in Eastern Europe. The Gulf War began and ended under his leadership.

He is credited by historian Mark K. Updegrove for securing a presidential tradition that continues on today.  President George H.W. Bush was left a letter of support by his predecessor, President Reagan, when he began his term. President Bush’s decision to also leave a letter of support for his successor and former rival in his re-election campaign, William Jefferson Clinton, cemented the tradition. It was an act of good will that subsequent presidents have continued regardless of party affiliation. 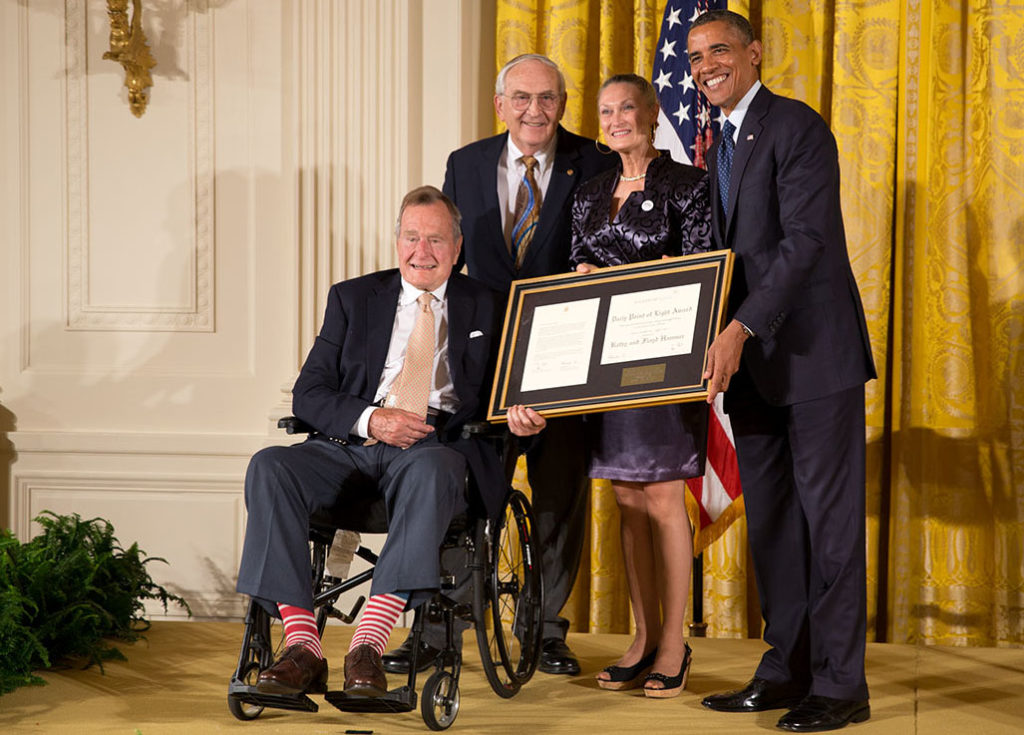 After his presidency, following the 9-11 attacks, President Bush founded the Points of Lights Foundation to combat global terrorism with initiatives to promote global volunteerism.

In his public speeches, personal hand-written letters, advice to family and friends, interviews and passing conversations, President Bush touched and inspired many with his words of wisdom.

Here are some of his best:

“The American Dream means giving it your all, trying your hardest, accomplishing something. And then I’d add to that, giving something back. No definition of a successful life can do anything but include serving others.”

“We must act on what we know. I take as my guide the hope of a saint: In crucial things, unity; in important things, diversity; in all things, generosity.” 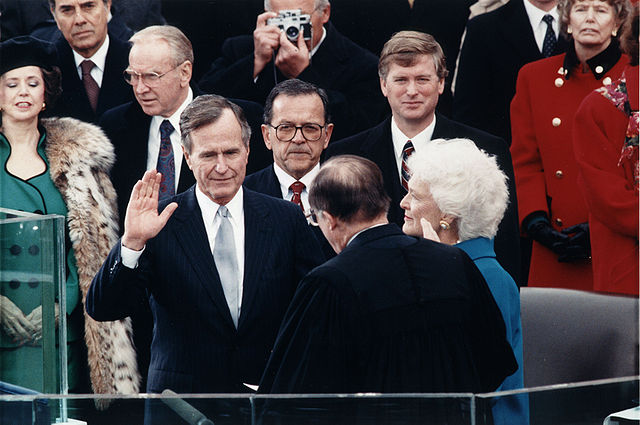 “I have spoken of a Thousand Points of Light, of all the community organizations that are spread like stars throughout the Nation, doing good. We will work hand in hand, encouraging, sometimes leading, sometimes being led, rewarding” – Jan. 20, 1989, during his inaugural address.

“The old ideas are new again because they’re not old, they are timeless: duty, sacrifice, commitment, and a patriotism that finds its expression in taking part and pitching in.” – Jan. 20, 1989, during his inaugural address.

“I do not mistrust the future. I do not fear what is ahead. For our problems are large, but our heart is larger. Our challenges are great, but our will is greater.” – Jan. 20, 1989, during his inaugural address.