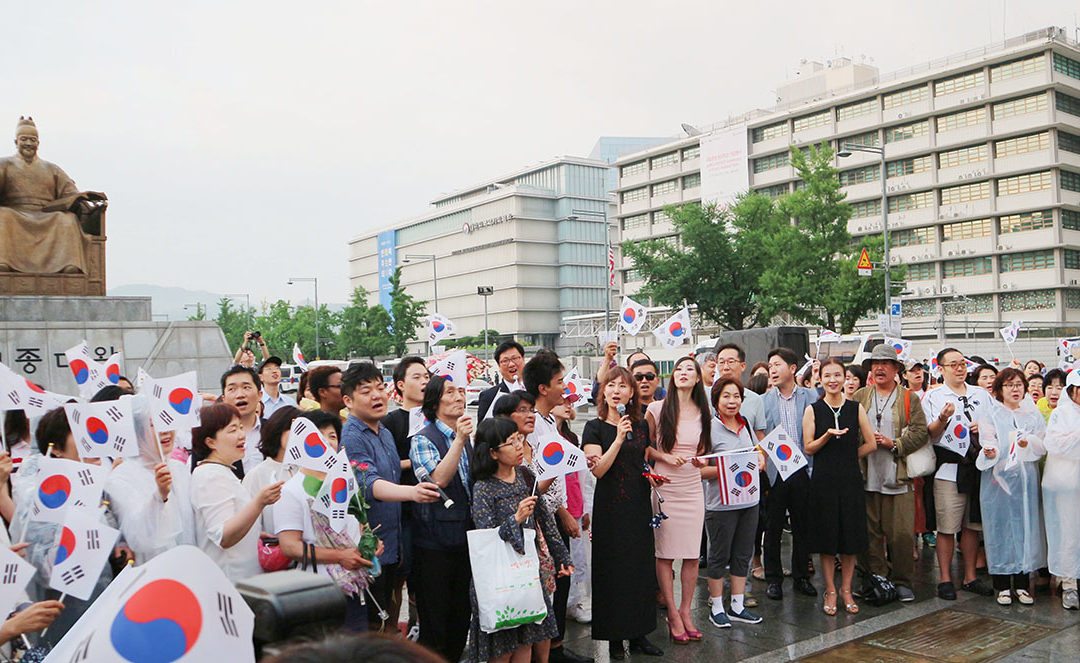 Most of the great movements for social and cultural change have been driven by faith-inspired people. Imagine the possibilities if faith traditions were able to work together, instead of looking at the other as competitors or rivals, to bring about fundamental social transformation reflective of widely held, universal principles and values. …That is why true interfaith work rooted in common aspirations, principles, and values is so important. -Korean Dream, A Vision for a Unified Korea

The tensions between North Korea and the United States seemed to reach a boiling point. In mid-August of 2017, North Korea was threatening to attack the U.S. territory of Guam. President Trump responded back by threatening “fire and fury.” Experts likened the exchange to the time during the Cuban Missile crisis and many predicted imminent danger. Some started to discuss how a recent trend had taken hold over the wealthiest classes: a frenzied obsession with building bomb shelters in preparations for the worst.

Amidst escalating threats and fear, a collective voice had risen to call on people all over the world to turn to a power different from nuclear arms or even diplomacy; a call to turn to the power of prayer.

On August 13, interfaith congregations from around the world joined in the annual Sunday vigil preceding the commemoration of Korean liberation for a “Sunday of Prayer for the Peaceful Reunification of the Korean Peninsula.” 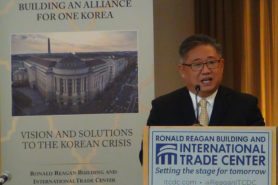 The international, inter-religious “gathering” of people to advocate for peace on the Korean peninsula reminds us that in such complex situations, there must be more than just diplomatic and military means to negotiate peace. There must be a spiritual movement to undergird the peace processes, one that engages the moral authority of faith leaders to uphold universal principles and values that appeal to people of all backgrounds and calls on citizens to transcend political and religious differences. Moreover, these higher, spiritual values enable people to wrestle with issues like forgiveness and reconciliation that are hard to find answers to within the realm of intellect and calculated returns.

Rev. Kenneth Bae, the longest serving American held prisoner in North Korea, spoke on the significance of empathy and a global view of the family unit at a July forum discussing the Role of Civil Society in Building an International Alliance for Reunification saying, “Most North Koreans have no idea what life outside is like and don’t know how to change. I am not a political expert, but we need to reach out and tell North Koreans, ‘we care about your suffering, your life, your children.’ If you win the heart of the North Korean people you will achieve unification.” 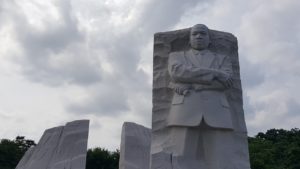 Dr. Moon points to a number of examples of successful grassroots peace movements in his book Korean Dream: A Vision for a Unified Korea. The civil rights movements in the United States, the Indian independence movement, and the Eastern European break from the communist bloc all had in common the groundswell of a kind of spiritual renaissance that engaged citizens in dialogue, cooperation and action on the most important issues of the day. In each of these examples, men and women, motivated to reform society for the better, banded together, across differences, to challenge existing institutions and uphold the inalienable rights of all humanity.

We need to be reminded that all faiths affirm the sanctity of life. This affirmation should not just be intangible but needs to be made manifest. Humanity shares a common destiny and values, and together we can open up a way forward upon which we can combine efforts to secure peace and make progress for humanity.

A sustained, peaceful solution is needed, one that places emphasis on a shared dream for people of both North and South. Perhaps this is where the role of faith leaders becomes critical, to speak beyond current realities, and point to shared dreams and aspirations for all Koreans.