Our Hope for Unity 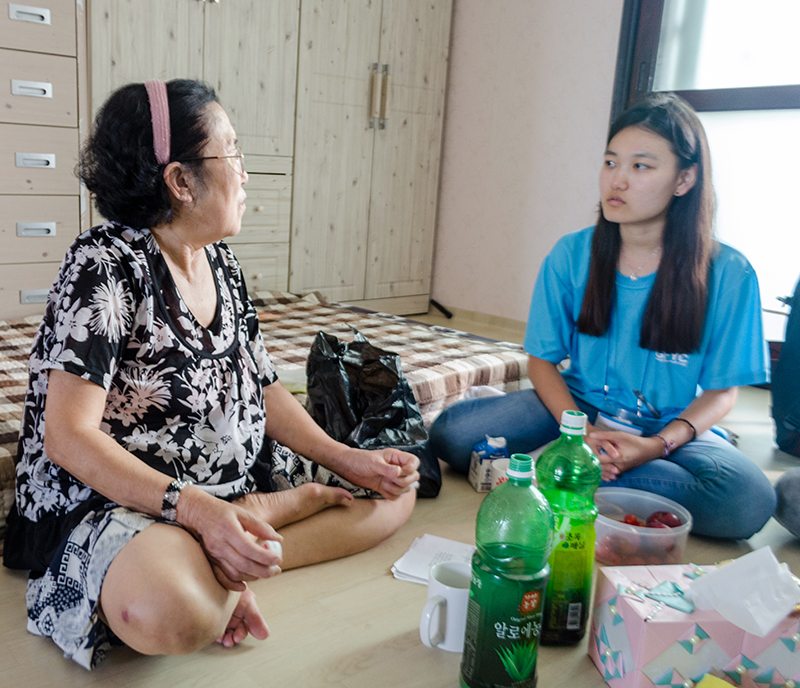 “Uri e sowonun tongil,” her voice waivered as she sang the lines of the song commissioned 70 years ago. It was initially a song longing for liberation, but rewritten as a song for unification after the prolonged division of Korea.

Her eyes were closed, her retina darting back and forth beneath her lids as she mentally reached out to her family across the 38th parallel. She and her granddaughter had made it to South Korea. They are the lucky ones.

They crossed the northern border into China then followed the underground railway into South Korea. For every North Korean, it is a gamble on their life to dare to leave. She recounted horror stories that she had heard of those who did not make it. Women are easy targets for traffickers, sometimes being sold to Chinese men as wives for tens of dollars, or sent back to the North, shamed after being used as such. Other refugees fall victim to scammers, losing what little money they have left to face the merciless punishment in North Korean prisons, starvation, homelessness, or at a loss in China.

Despite the risk, the small glimmer of hope for a better life, a life of dignity, was enough for grandma to take the leap of faith with her granddaughter. Today, they live together in a small government-subsidized apartment. Grandmother hasn’t been able to find employment because of her age and accent. Her grand-daughter works, and together they save up, hoping someday to sponsor the rest of their family to join them.

“I nara channunde tongil,” unification that this nation is seeking, she completed the song as a solitary tear slid down her cheek.

This year, Korea celebrates 70 years of independence from Japanese annexation, and while celebrations are being held around the world, what can really be celebrated if the nation remains divided, imprisoned by imaginary lines constructed by ideology? 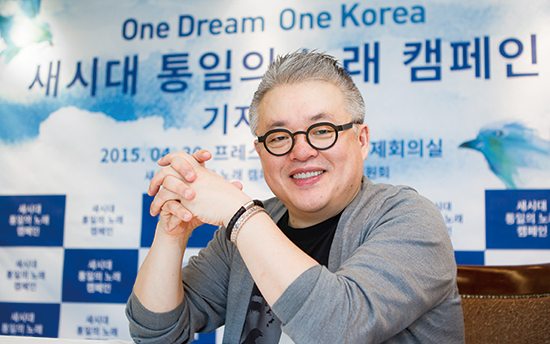 At a press conference announcing the Unification Song Campaign, a star-studded team of song writer Kim Hyung Seok, producer Koleen Park, and lyricist Kim Lee Nah  led the call to issue a new unification song that can reinvigorate the Korean people’s drive for unification, spanning generations. Kim Hyung Seok candidly shared his memories of his grandparents singing “Arirang,” an old folk song that precedes division in tears. I think unity is everyone’s desire. With that same sentiment I will compose a song that can embrace all generations,” he told reporters.

I was reminded of my own experience with grandma that day, and hope the New Unification Song Campaign can bring together generations in a common quest for a shared dream on both sides of the 38th parallel.