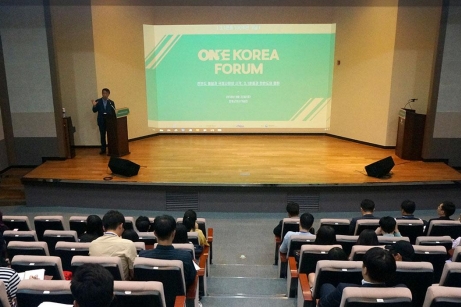 The One Korea Global Campaign is a popular movement of Korean-led grassroots initiatives and international support to advance peaceful reunification of the Korean peninsula. Leading up to Korea’s March 1 Independence Movement centenary, a hundred students representing nations from around the world gathered in Seoul for the One Korea Forum Celebrating the 100th Anniversary of the March First Movement. For more information on the campaign and the recent March 1 Korean Independence Movement 100 year commemorations visit: 1dream1korea.com

Outside the center of Seoul, a thick cluster of trees surrounds the Ahn Jung-Geun Memorial Hall, a grid-like structure of 12 enormous blocks representing the 12 members of the once-secret organization, Society of Patriots. As Ahn Jung-Geun was a Korean Independence activist, the Memorial Hall was a fitting location for the gathering of 100 young people from around the globe for the “2018 One Korea Forum Celebrating the 100th Anniversary of the March First Movement” last September. Global Peace Foundation (GPF), KISSA (The Korea International Student Support Association) and Gyeonggi Dream School organized the event with the support of the Ministry of Public Administration and Security.

The March First Movement, sparked by mass peaceful demonstrations across Korea on March 1, 1919 in protest of colonial rule, reflected the Korean people’s aspirations for a new, independent nation reflecting their ancient values and ideals. Inteck Seo, President of GPF Korea, welcomed the diverse gathering and shared some insights, “The March First Movement was not just a movement to achieve independence. The fundamental spirit of the movement was our ancestors’ desire to create a country that upheld human rights and freedoms as the highest value.”

He emphasized that through the reunification of the Korean Peninsula, Korean citizens could build an exemplary nation that contributes to world peace. 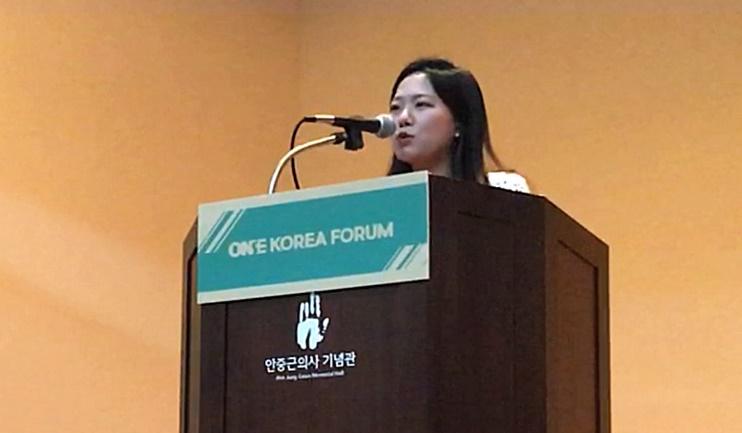 Mr. Seung-Hyun Joo, a North Korean defector and a professor at Yonsei University, brought a unique perspective and valuable insights to the forum. He shared, “South Korea has achieved remarkable economic growth but now it has hit its limit. On the other hand, North Korea has recently begun to embrace capitalism and is starting to change. South Korea should prepare an economic stepping stone for the peninsula through reunification with North Korea.”

At the end of the forum, participants had the opportunity to share their comments and offer feedback. One Seoul National University student in the department of political science and diplomacy said, “As a diplomatic student of the Republic of Korea in this rapidly changing situation on the Korean Peninsula, I was thinking about what I could do. After today’s lecture, I felt that the unification movement is a place where all our diplomatic scholars can fulfill their mission.” Inspired by the voluntary nature of the March First Movement, she offered her commitment as a citizen to contribute to the reunification of the two Koreas.