On Hongik Ingan and the Future of the Korean Peninsula 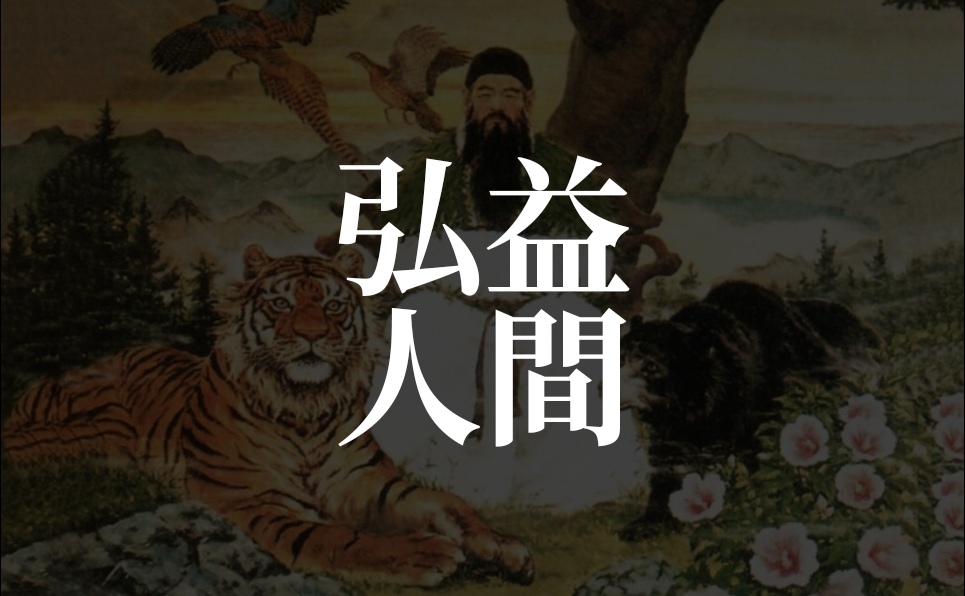 Koreans in the North, South, and in the diaspora trace their origins back millennia to the mythological story of Tangun, the ancestor of the Korean people. And running like a thread throughout our 5,000-year history is the ideal of Hongik Ingan, which roughly translated means to “live for the greater benefit of all mankind.” 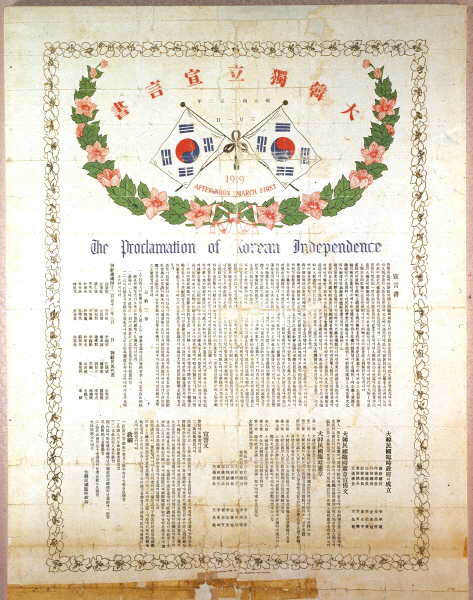 Declaration of Korean Independence issued by the Korean National Association of Hawaii. (photo courtesy of KCCLA)

This ideal has always been a guiding principle throughout Korea’s tumultuous history through periods of crisis and national renewal. Hongik Ingan represents our cultural DNA and allows Koreans of every generation to connect to our heritage and define our future legacy.

Understandably, the Hongik Ingan ideal was a motivating ideal for the Korean Independence Movement that sought to create a new republic out of the ashes of the Chosun Dynasty. It shaped the aspiration of the independence leaders to want more than just freedom from Japanese colonial occupation. They believed it was their destiny to create an ideal nation that would be an example for the rest of the world based on this ethos.

We can see that the North finds itself far from the Hongik Ingan vision that had so long sustained us as one people. The DPRK’s human rights record against its people and its role in the proliferation of drugs, cybercriminals, and its nuclear weapons program are just a few of the most egregious proofs of this.

North Korea has dominated global public discourse in the most negative way imaginable with its nuclear weapons system. The previous U.S. administration viewed the dismantling of the nuclear program as the foremost issue of the day and acted accordingly. Unfortunately, this narrow focus inevitably forces the U.S., South Korea, and North Korea into another stalemate. The dire situation in North Korea due to the COVID pandemic has further exacerbated the problems there, so we must be prepared for something soon.

This is not to say that on the other side of the peninsula in South Korea, Koreans are fulfilling the noble Hongik Ingan ideal. On the contrary, there have been national scandals with chaebol corporations, corruption in the government, a greying and shrinking population, and the slow death of the Korean extended family system should call us to reflect on our deepest values and priorities as a nation. 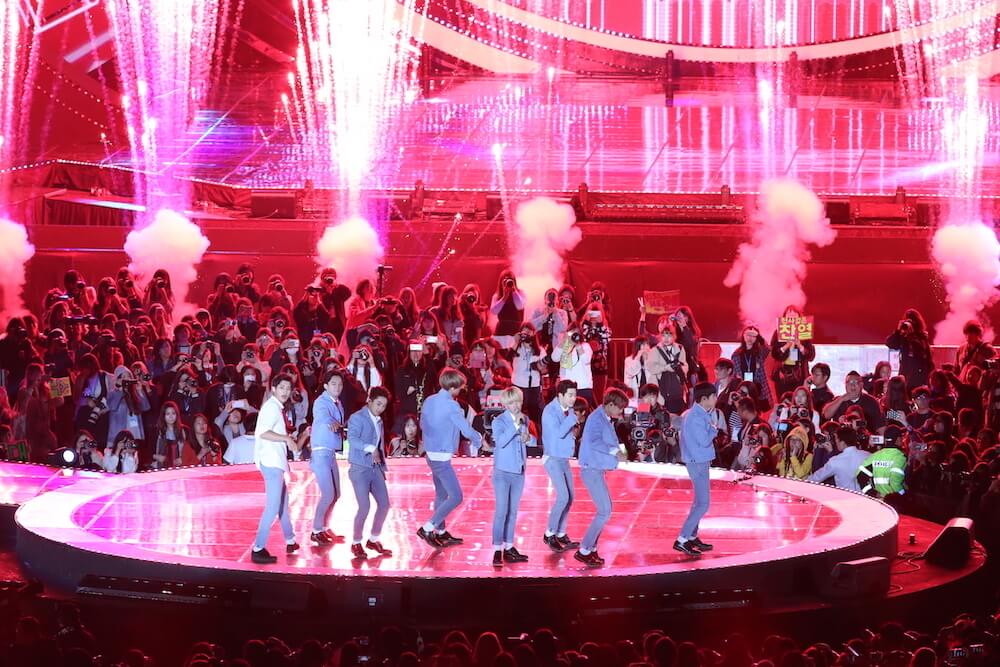 The impact Koreans from the South have had worldwide through its Hallyu Wave of music, food, electronics, culture, and even volunteerism, have been – of course – impressive. Still, these accomplishments are dampened by what is happening on the peninsula and to its people.

But first, before calling on the international community – we, as the Korean people – need to cast a broader vision based on the Hongik Ingan vision. This vision would create a new basis upon which to stand as one reunited Korean people.

Instead of focusing on the narrow issues in the present, we can look to the 5,000-year history we share to envision a new future for this unified Korea, one of peace and prosperity. Imagine the possibilities of an Asia with a united Korean peninsula, governed by a Republic-style government that holds itself to the Hongik Ingan ideal. The principles of Hongik Ingan would implicitly guarantee the rights of its citizens and promote the well-being and prosperity of its neighbors and friends.

As a person of deep faith and conviction, I know that the founding of the Korean people was rooted in a providential destiny: a destiny to create a nation that could inspire the world and lead the world to peace. 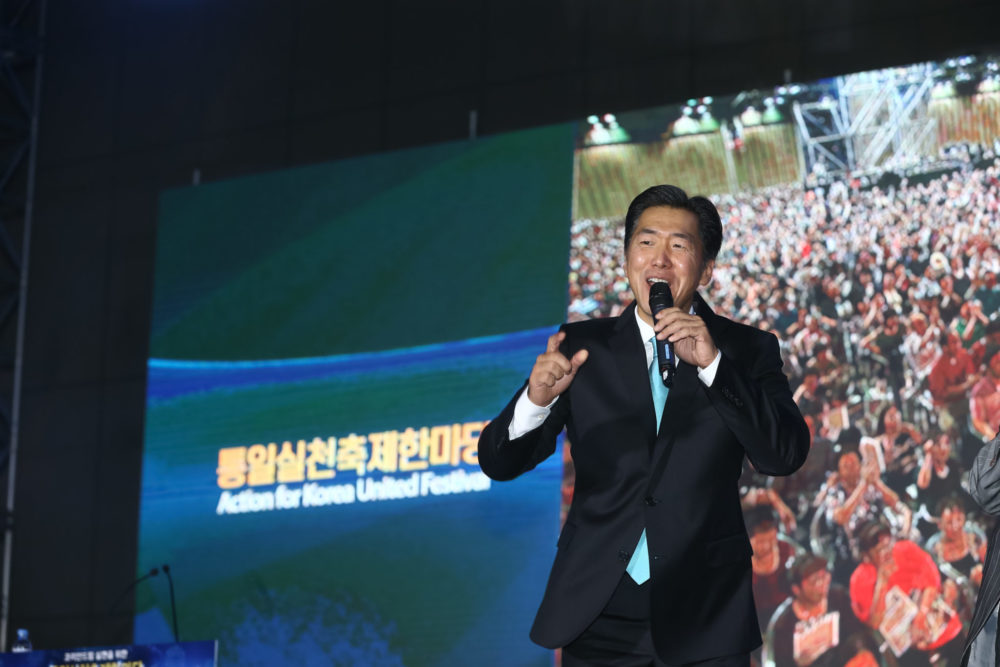 Our Korean greatness lies in our ability to internalize our pain—internalize the injustices done to us—and to be able to live, still, for the sake of others.

Today, let us dare to dream the most extraordinary dream. The people of Korea can bring an end to the division of our homeland and create a new nation founded upon the very ideals of our Korean ancestors. In the process of doing so, let us inspire the world to work for global peace.