Olympians from North and South March Together: A Step Towards Peace on the Korean Peninsula 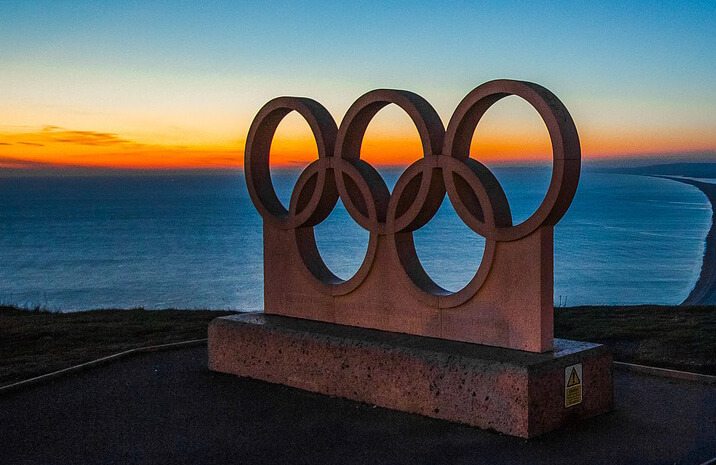 It was in his New Year’s Day address that North Korean leader Kim Jong-un declared his intention to send a delegation to the 2018 Olympic games in PyeongChang this February, calling for the need to work together to ease military tension between the North and South.

Since then both countries have worked together to agree upon sending a delegation of 22 North Korean athletes that would march together with South Korean delegates under a flag with an image of a united Korean peninsula. The group includes ice hockey athletes who will form Korea’s first-ever unified team. 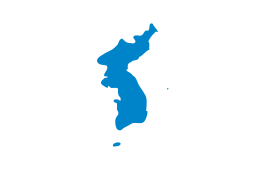 The “unification flag” features a blue outline of the whole Korean peninsula on a white background.

Many around the world hope that even beyond joint participation in the Games, this kind of soft diplomacy will help thaw the current geopolitical tensions surrounding the peninsula. It was not since 2006 at the Winter Olympics in Turin, Italy, that North and South Korean athletes marched together, a memory held fondly by a South Korean athlete who helped bear that same “unification flag” in 2006.

More than a decade ago, South Korean speed skater Lee Bo-ra was surprised by her coach to be chosen as the co-flag bearer in the 2006 Winter Olympics beside North Korean male figure skater Han Jong-in. The historic decision was made only days before the opening ceremony.

Now, 12 years later, Lee has retired her skates to become a teacher in her hometown but still recalls the memory with hope. “The experience comes into my mind sometimes,” said Lee. “I want to see the South-North joint march again at the Winter Olympic Games. It will be more meaningful as Team Korea will be the last team [to enter] as the host country.”

International political tensions may support only cautious optimism amidst mixed feelings in the citizenship of the South, but International Olympic Committee President Thomas Bach calls the Koreas’ choice to march together a “powerful signal of the wish of the peace.” 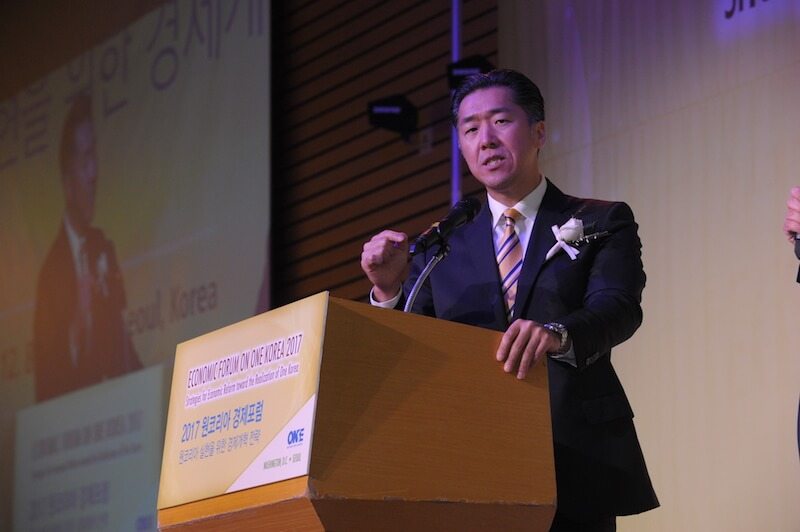 Dr. Hyun Jin P. Moon speaks at the 2017 Economic Forum on One Korea in Seoul in December.

Next year, Korea will commemorate 100 years since the March 1 Independence Movement in 1919. Marching together may prove to be a significant milestone, however, it will take a concerted effort based on common principles and values to bring about peaceful reunification for the peninsula.

Dr. Hyun Jin P. Moon outlined these historically significant principles and values in his book, Korean Dream. At the 2017 Economic Forum on One Korea held in Seoul, Dr. Moon stated, “We stand at a critical moment when the Korean people collectively, not only here in the South but in the diaspora and eventually in the North, must champion the peaceful unification of the Korean peninsula. If we do that, then the global community, I am certain, will galvanize around that collective dream to support us in building one unified nation along the lines of our ancestral philosophy of Hongik Ingan, which is to build an ideal nation to serve all mankind.”

President Bach admits that sports alone cannot bring peace. However, the Olympics have historically provided a unique and powerful opportunity to demonstrate the greatest qualities of humanity, including respect and dignity for all.