Kim Jong-un and Moon Jae-in planted a pine tree together on the Demilitarized Zone, a no man’s land currently dividing the peninsula, as a symbol of their commitment to conjoined efforts to stabilize and foster peace on the peninsula. The leader of North Korea and the President of South Korea met for the Inter-Korea Summit on April 27, marking a historic step towards peace on the peninsula. The soil covering the tree was brought from Mount Halla and Mount Baekdu, iconic mountain ranges of North and South Korea. The tree was watered with water from the Daedong and Han rivers. The stone plaque marking the tree carries the inscription “Peace and Prosperity Are Planted,” accented with the signatures of Kim and Moon. 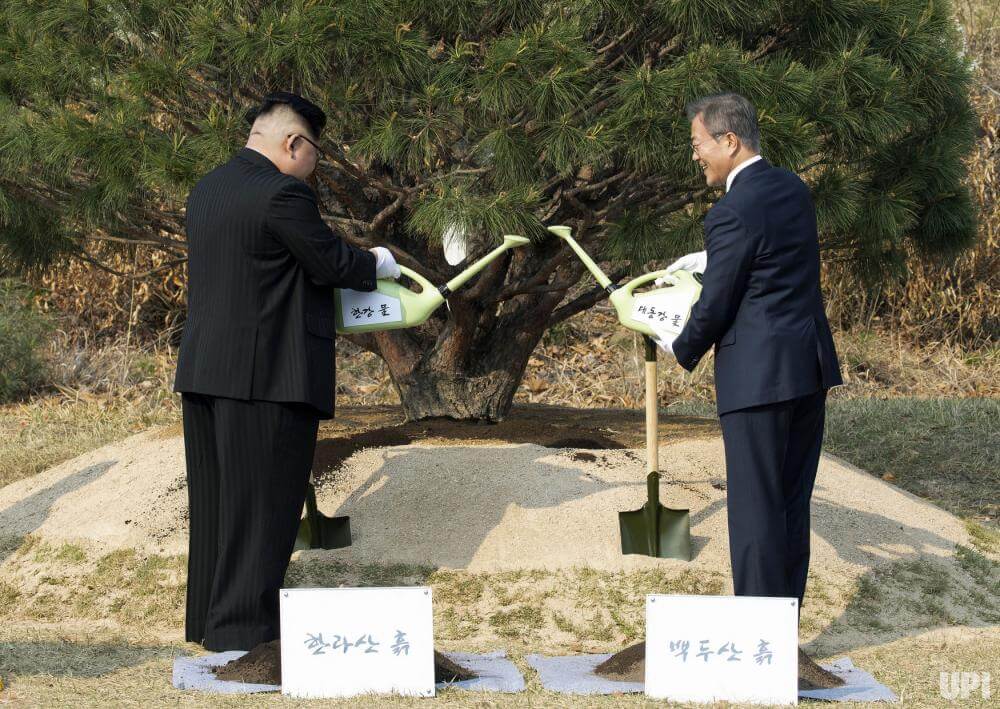 The symbolic ceremony was followed by a candid, one-on-one conversation between the leaders as they walked together without aides, media, or any personnel beside them. The sight of the two leaders embracing like brothers has stirred the international community, bringing cautious optimism that the two countries could once again reunify after more than 70 years of separation. North and South Korea share a common history, culture, language and familial bonds despite seven decades of ideological division. The dramatic developments since the beginning of the year have reinforced that peaceful reunification is the most constructive solution to bringing stability and prosperity to the peninsula and world. The summit marks the beginning of a longer process that will require the determination and hard work of citizens from both Koreas and the diaspora around the world. This post is based on coverage from UPI of the 2018 Inter-Korean Summit. See the original article here. Read Dr. Hyun Jin P. Moon’s award-winning book Korean Dream to learn about a ground-breaking approach to peaceful reunification of the Korean peninsula.