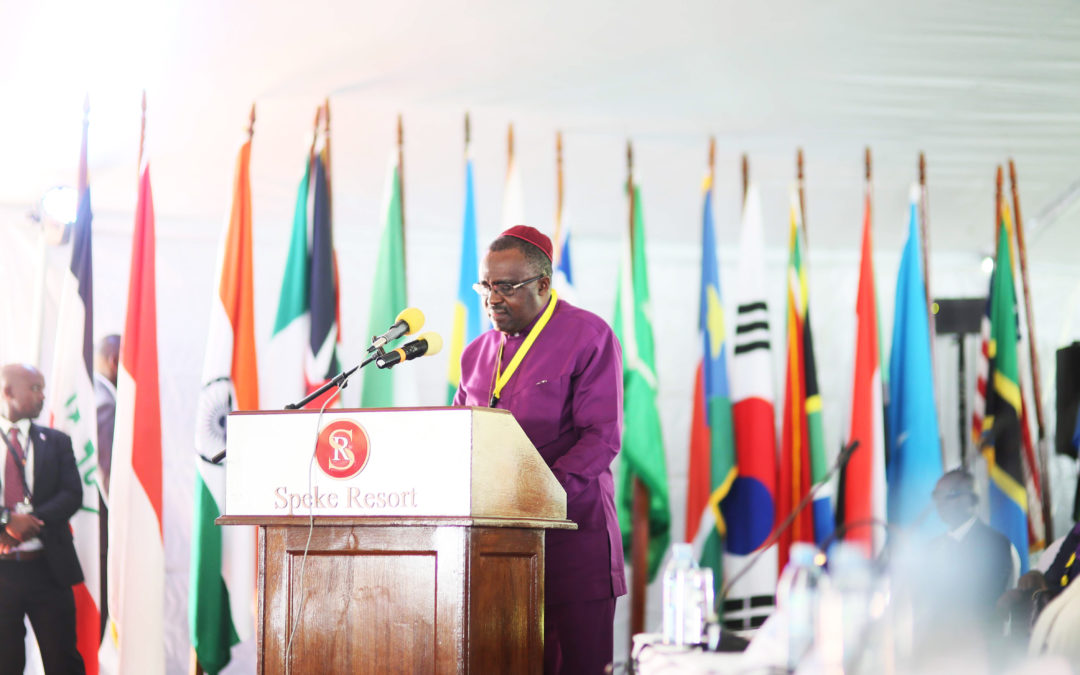 In its earliest stages, the One Family Under God Campaign in Nigeria started out as somewhat of a puzzle. The campaign initially started out of an initiative following the 2013 Global Peace Leadership Conference (GPLC) in Abuja.

“We had the pieces, that was for sure, we just needed to figure out how they fit together,” reflected John Oko, the Global Peace Foundation (GPF) Nigeria Country Director. Though Nigeria faced many challenges, it had certain very powerful resources, found most especially in the deeply rooted faith of its people, already noted for being one of the most religious peoples in the world. It was in the challenge of unlocking this potential into a force for positive social transformation that GPF’s partnerships became essential. For this and many other such reasons, the Global Peace Leadership Conference played an important role in providing a values-based platform, bringing together a wide, multi-sector network of people and organizations to work for the cause of peace and development.

Drawing both lessons and inspiration from the Nigerian Interfaith Action Association (NIFAA), one of the largest Christian-Muslim collaborations in history, GPF began to work with faith and traditional rulers of local communities. NIFAA is a local grassroots collaboration to utilize the basic social infrastructures of the various faith communities to curb and prevent malaria in rural communities. To do this successfully, NIFAA collaborated with both Muslim and Christian faith leaders and traditional rulers to educate their constituents on practical ways to prevent malaria. 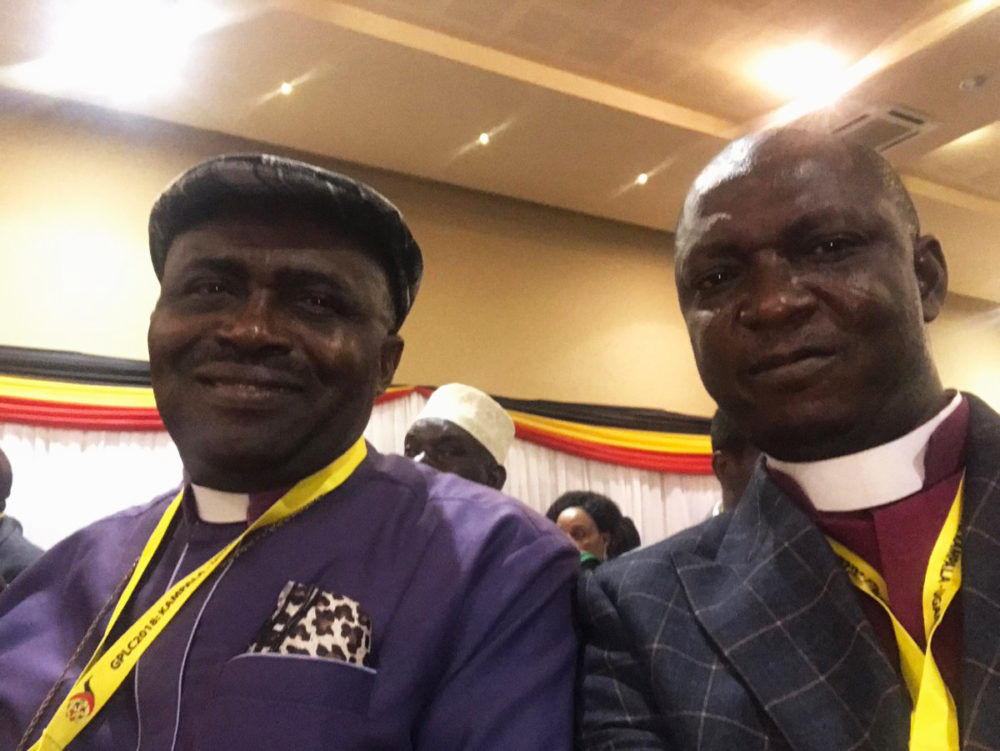 Put simply, faith and traditional rulers play an inimitable role in Nigeria as well as many other societies. Oko notes, “Faith and traditional rulers are in it for the long haul; they have the authority and role in the community that simply isn’t to be found elsewhere.” Every faith community relies and depends on its faith leaders to play the role of trusted spiritual advisor. Even while we rarely associate mundane, everyday actions and behaviors with that of faith leaders, faith leaders play a practical role in the way one’s faith is lived out in the community.

To this point, when medical or healthcare workers began to try to persuade local people to use insecticide-treated nets to prevent the spread of malaria, they were met with skepticism and suspicion, despite their expertise and experience in health and medical fields. In contrast, when NIFAA began to engage faith and traditional rulers to spread this same message, people were then quick to take up both the message and the use of the nets. The reason for this kind of success is simple: local people trust their faith and traditional leaders, even in matters regarding health.

The One Family Under God Campaign in Nigeria has brought much hope in response to the pain and suffering experienced most recently by those in Southern Kaduna. Our prayer is that they are able to continue their good work well on into the future.Bishop Dr. Sunday N. Onuoha

It was this understanding and GPF’s vision and values-based platform that allowed GPF to develop an effective strategy to work towards greater peace and social cohesion in Nigeria. In the process of engaging with many different kinds of people with different needs and perspectives, the GPF team continued to garner lessons to improve their focus and delivery of the message. With additional exchanges between Co-Operation Ireland in Northern Ireland, GPF Nigeria was able to learn from others and share their own insights in what is referred to as “peace sharing” – sharing and spread the lessons of peace, which led to important breakthroughs. The initial interfaith peacebuilding retreats developed into peacebuilding and capacity building programs and began to include youth and women leaders. Today, the campaign continues to develop and adapt to the changing needs of the communities. 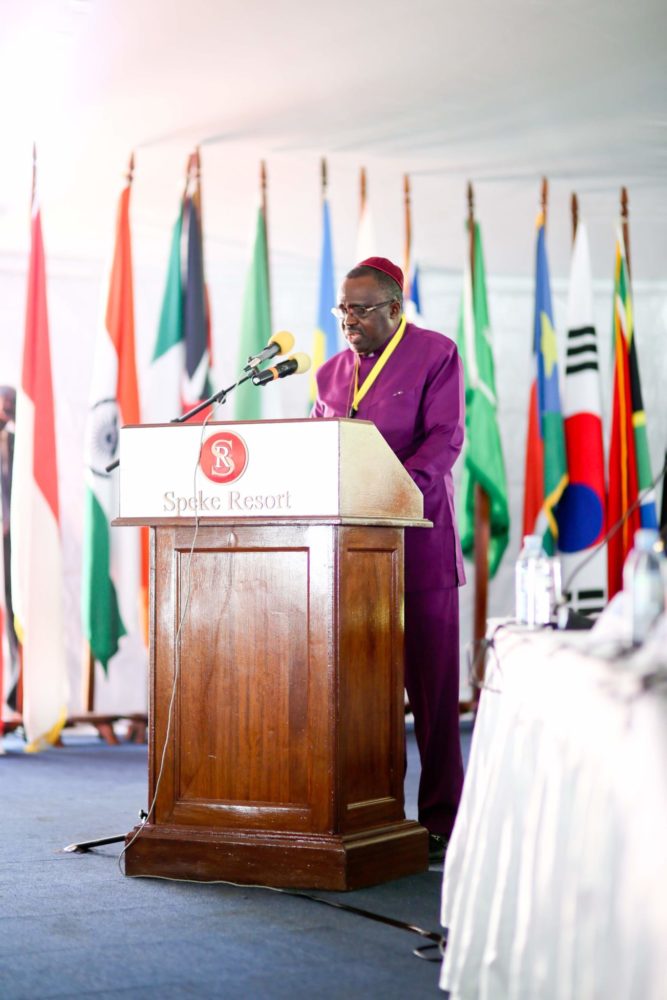 Most recently, GPF’s grassroots community peacebuilding efforts led to the recognition that its approach could address the violent conflict between the migrant Fulanese herdsman and local natives in Southern Kaduna. While violence and hot conflict continues in and across Nigeria, peace has continued to hold among the communities that GPF has engaged in its peacebuilding efforts. A shared vision between all members of the community and the cooperation of both Muslim and Christian faith leaders have been critical to bringing peace to these communities in conflict. Undoubtedly, they will also play a critical role in moving from community peace to community empowerment.

Executive Director of NIFAA, Bishop Dr. Sunday N. Onuoha, acted as a special advisor to GPF in its earliest efforts and continues to bring much needed attention to critical issues between faith and tribal communities and how they might be resolved. He noted, “In Nigeria, there are equal numbers of Christians and Muslims. We can utilize this to be a positive asset for the country by enjoining them to work for the good of all people. The One Family Under God Campaign in Nigeria has brought much hope in response to the pain and suffering experienced most recently by those in Southern Kaduna. Our prayer is that they are able to continue their good work well on into the future.”

In the most recent Global Peace Leadership Conference in Uganda, key leaders of the GPF Nigeria One Family Under God Campaign continued to share the lessons learned and best practices they’ve developed in the course of working to build peace and social cohesion in Nigeria. These included discussions of both private and public sector partnerships, discussions on community-driven development, key learnings from dealing with issues related to security, conflict, mediation, media and more.

And so, the process of peace sharing continues on around the world.