While the issue of unification on the Korean peninsula requires a process led by the Korean people themselves, the international community plays an essential supporting role in ensuring safety and security in the Northeast Asia region and global community. A forum hosted in Mongolia last September convened experts under the theme “Northeast Asian Peaceful Development and Korean Reunification.”

Co-hosted by the Global Peace Foundation (GPF), Action for Korea United (AKU), Blue Banner, and Mongolian Forum for Korean Unification (MFKU), discussions revolved around strategic actions toward reunification, with a particular focus on Mongolia’s role, and how reunification might create positive ripple effects across Northeast Asia. 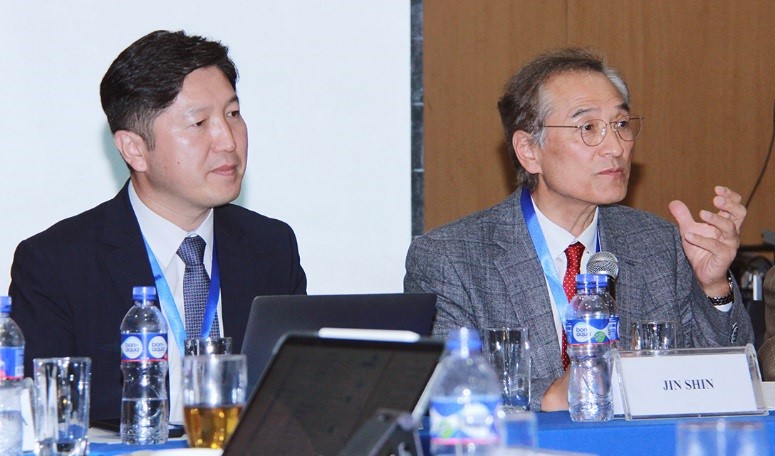 Inteck Seo, Co-Chair of AKU, indicated that current geopolitics would be moving in the direction in which the fate of the peninsula would once again be dependent on more powerful nations, similar to the time of Korea’s division after World War II.  To advance reunification on the country’s own terms, Seo stressed that “we must ensure that it is a Korean-led process.”

It is vital that the Korean people from the North, South, and diaspora build a consensus for reunification based on a shared vision for a new nation, and then stand at the forefront of reunification efforts. This is what AKU has endeavored for since its inception. 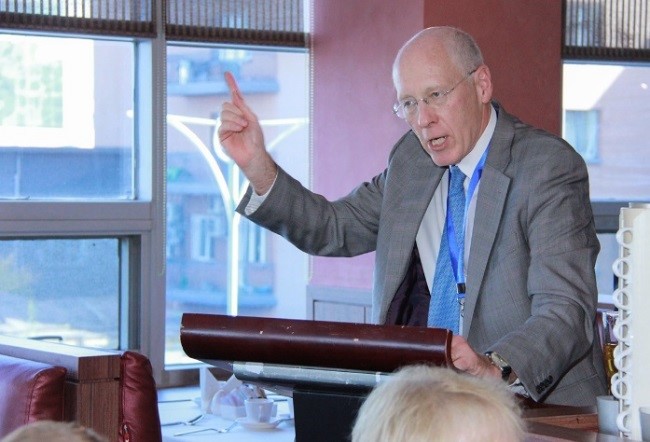 Former British Ambassador to North Korea, John Everard, raised the important practical concern of reunification costs. The recovery and development of the North Korean economy, one of the poorest countries in the world, seemed a bit idealistic to Everard. Seo addressed this concern by recalling the history of South Korea’s development and shared, “South Korea, which was devastated by the war in the 1950s, was able to develop to a point where they successfully hosted the Seoul Olympics thirty years later and then continued to grow rapidly since.”

Seo acknowledged that challenges are expected but that South Korea was able to progress so quickly because of a clear vision at its founding. Hongik Ingan, meaning to broadly benefit humanity, is South Korea’s unofficial national motto. But this ideal is not something new to South Koreans. Hongik Ingan dates back thousands of years to the founding of Korea. This is an ideal that transcends current ideological differences in the North and South, an ideal that has guided the Korean people throughout its history.

And this ideal continues to guide the Korean people today. Dr. Jin Shin, Director of the National Strategy Research Institute at Chung-nam University, shared that Korean reunification would resolve ongoing conflicts in the region and establish peace between neighboring countries. He articulated the need to “establish a new national vision based on universal values of humanity to effect change in North Korea and realize unification. Towards this, building consensus is essential.”

The discussion then shifted to exploring how Mongolia might aid in the reunification process. Mongolia, a nation that has friendly relations with both South and North Korea, is one of the best examples of a country that has peacefully transitioned from communism to a free-market economy and democratic political system. Though contextual differences in North Korea exist, some experts draw important lessons from Mongolia’s democratization that could inform the process of change in North Korea and reunification of the Korean peninsula.

In regard to the growing concern of North Korea’s nuclear program, Mongolia’s denuclearization may also provide important insights. Jargalsaikan Enkhsaikhan, Co-host of the forum and head of Blue Banner in Mongolia, shared that Mongolia, beginning in 1992 and with the help of the international community including the United Nations, was able to successfully transition to a non-nuclear state.

Mongolia continues to show support for reunification and may one day play a crucial role in the reunification process. The international roundtable was productive and meaningful as it provided a platform for strengthening transnational relationships, which is key to building solidarity within the international community in advancing the dream for a free, unified Korea.