Loving the Place You Live 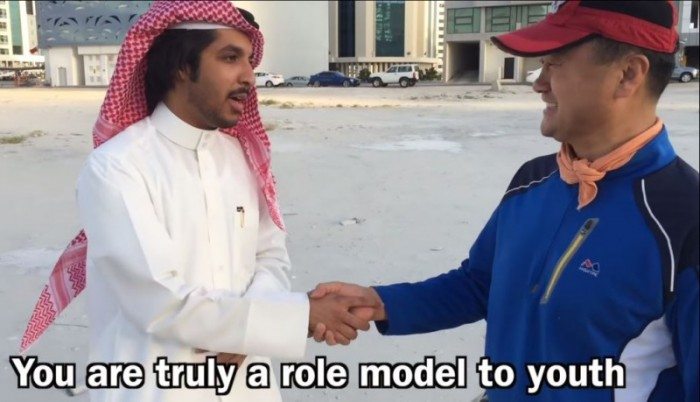 Sometimes it takes someone from outside to show us new perspectives on how to live at home.

Mr. Yu is a wealthy investor who cleans the streets of Bahrain every morning.

Bahrain is a small island country situated near the western shores of the Persian Gulf, located over seven thousand miles from the Korean peninsula. There a humble middle-aged Korean man walks the streets each morning as the sun rises, picking up trash.

His reason? Simply because he loves the place he lives. Garbage bothers him. It is a nuisance, creating an unhealthy environment, so he picks it up. He calls himself “the Boss of Cleaning” you would never guess he also happens to be a successful millionaire investor, who has been living in and beautifying the Arab island nation for over a decade.

Forty years ago the Arab Nations were the third most popular destination for Koreans looking for work in the areas of construction and infrastructure, with over a million emigrants. Recent numbers of Koreans living in the area has dropped significantly, but they are still present in all of the Middle Eastern countries.

In the video interview of the “Boss of Clean”, one can see the impact one person can have on others. The simple actions of picking up garbage inspired a young camera crew to catch Mr. Yu in action. The fact that he was not native to Bahrain caused deep self-reflection on the way they lived their own lives. They praised him as an example of “simplicity, modesty and a beautiful presence” and warmly thanked him for being a true role model for the youth.

No matter who we are or where we live, if each one of us really cared about our own neighborhood and took a few minutes to help where it is needed, the world we are living in would indeed be that much cleaner, brighter and happier for everyone.