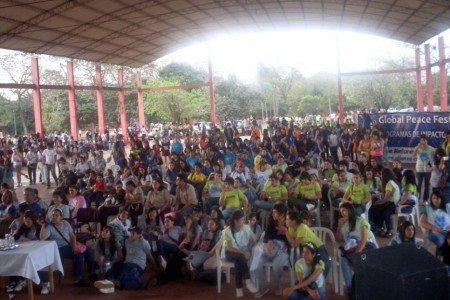 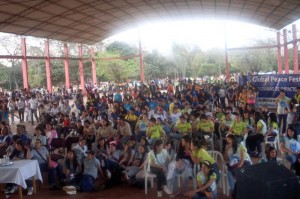 Initiatives like the Global Peace Youth Corp have played a key part in instilling regional identity and civic responsibility centered on a common vision.

Latin America has a great opportunity. The global financial meltdown in 2008 brought to question traditional models of development and opened exploration for alternative examples. I believe Latin America is poised to lead the way in generating new balanced and sustainable models.

To seize this opportunity, however, it takes moral and innovative leaders who are willing to put aside their differences and agendas to work towards the common good of not just their country and region, but the world.

I am inspired that initiatives like the Instituto de Desarrollo del Pensamiento (IDPPS) that have opened the way for regional cooperation towards a Latin American Union. Courageous and large-minded leaders have stepped forward with great care to draft a roadmap for Latin American development that outlasts economic fluxes and changes in government. They are building a model based on enduring principles and values that recognize human rights and dignity and our responsibility towards the environment. These leaders have taken up the task of owning the vision of one family under God, a vision large enough to embrace the unique qualities of each nation and create a common goal upon which to build regional cooperation.

I am certain that we will see the best of Latin America leading the way for developing regions. Its deep spirituality, ready hospitality and warmth, and innate sense of extended family are the foundations upon which new models of cooperation and development are being created not just for Latin America but the rest of the world.