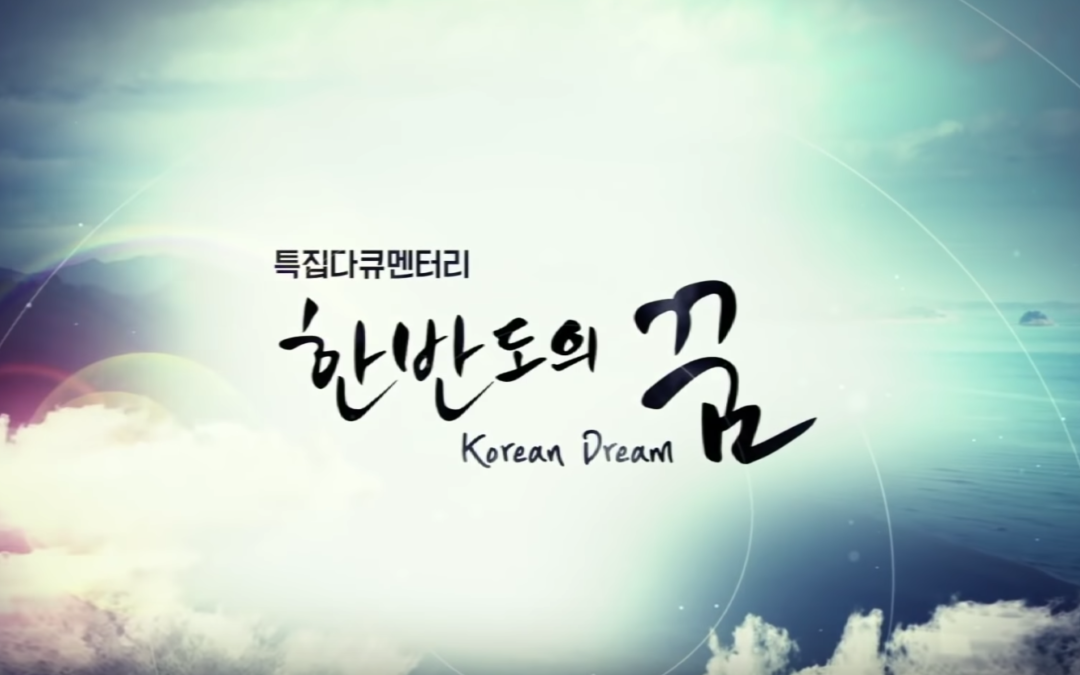 SBS, international Korean broadcasting company and sponsor of the One K Concert 2019, released a documentary about the Korean Dream in early April.

The documentary showcases K-pop artists and producers who combined their talents and passion to create the Korean version of “Korean Dream.” The song by five-time Grammy award winning duo Jimmy Jam and Terry Lewis first debuted in 2017. The K-pop stars express their hopes for unification, something that would have been uncommon a few years ago.

However, as the documentary follows Hana and her family who are ethnic Koreans living in Japan, it becomes apparent that the dream of a unified Korea has never really died. As Dr. Moon reminds Koreans, both in Korea an in the diaspora, the Korean Dream is deeply rooted in their identity and destiny as a people.

In the SBS special, Dr. Hyun Jin P. Moon urges Koreans to actively engage in directing their future, particularly during the challenges and opportunities that have recently unfolded on the Korean peninsula. When Koreans, particularly young Koreans, get engaged, the Korean Dream will become a reality sooner than later.

Dr. Moon’s leadership has been instrumental in changing the global conversation around Korea from one focused on the process to a vision-focused approach. His award-winning book Korean Dream has served as a framework to lead this shift. Dr. Moon was also an intregal part of founding Action for Korea United (AKU), a coalition of over 1,000 civil society organizations working to develop grassroots efforts towards reunification.