Korean and International Volunteers Stand Together for Unification 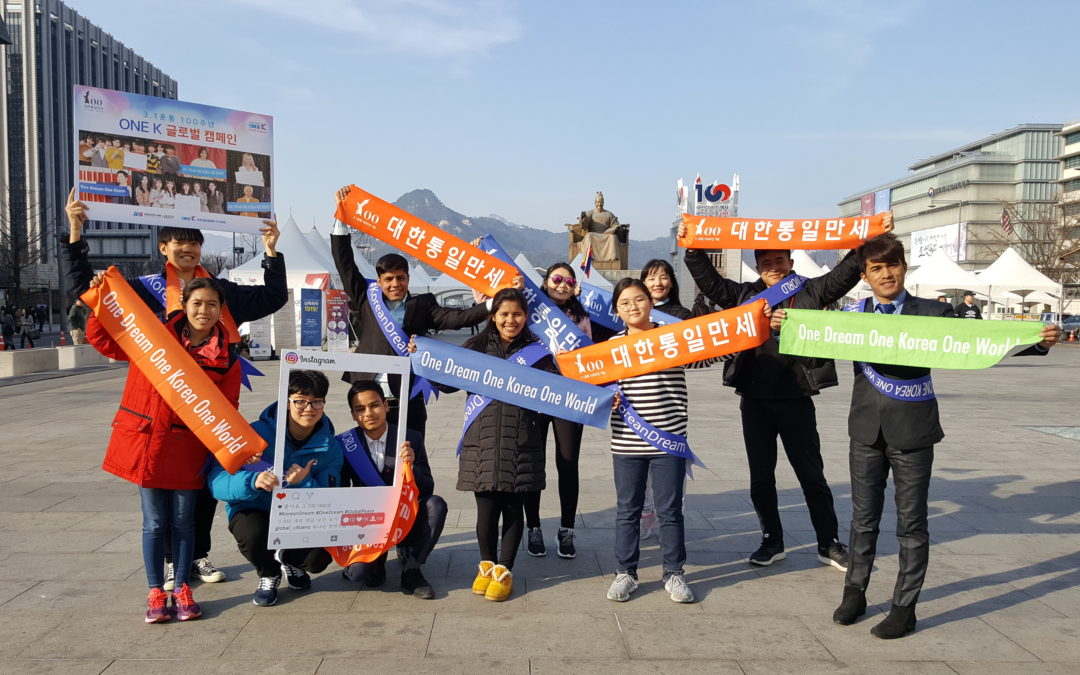 “Our greatness lies in our ability to internalize our pain – internalize the injustices done to us – and to be able to live, still, for the sake of others. That is our greatness. And that is encapsulated in the Korean Dream.” —Dr. Hyun Jin P. Moon (Action for Korea United Festival 2019, Seoul)

The Korean people as a whole have experienced tremendous pain and hardship since the division of their homeland a century ago, but have also demonstrated resilience of spirit, stemming from their deeply-held values. These values can be seen from the inception of the nation thousands of years ago when both North and South were one Korea founded on a legend that underscored the value of hongik ingan, meaning to benefit all mankind.

Amidst the tumultuous state of the Northeast Asia region today, the Korean peninsula remains a hotbed for peace and security issues that have implications not only for the region but for the entire world, making it a global affair.

International volunteers stood side by side with Korean youth during the One Korea Forum in Seoul, a centennial commemoration of the Korean Independence Movement and the National Day of Liberation on August 15, 2019.

International volunteer Agie gave an emotional response when asked why she cares about Korean unification saying it was of utmost importance to end the suffering of our human family and ensure the safety of people in the region. The nuclear program of the North continues to pose a threat, however, Agie believes through unification, a newfound peace would “bring happiness for everyone.” 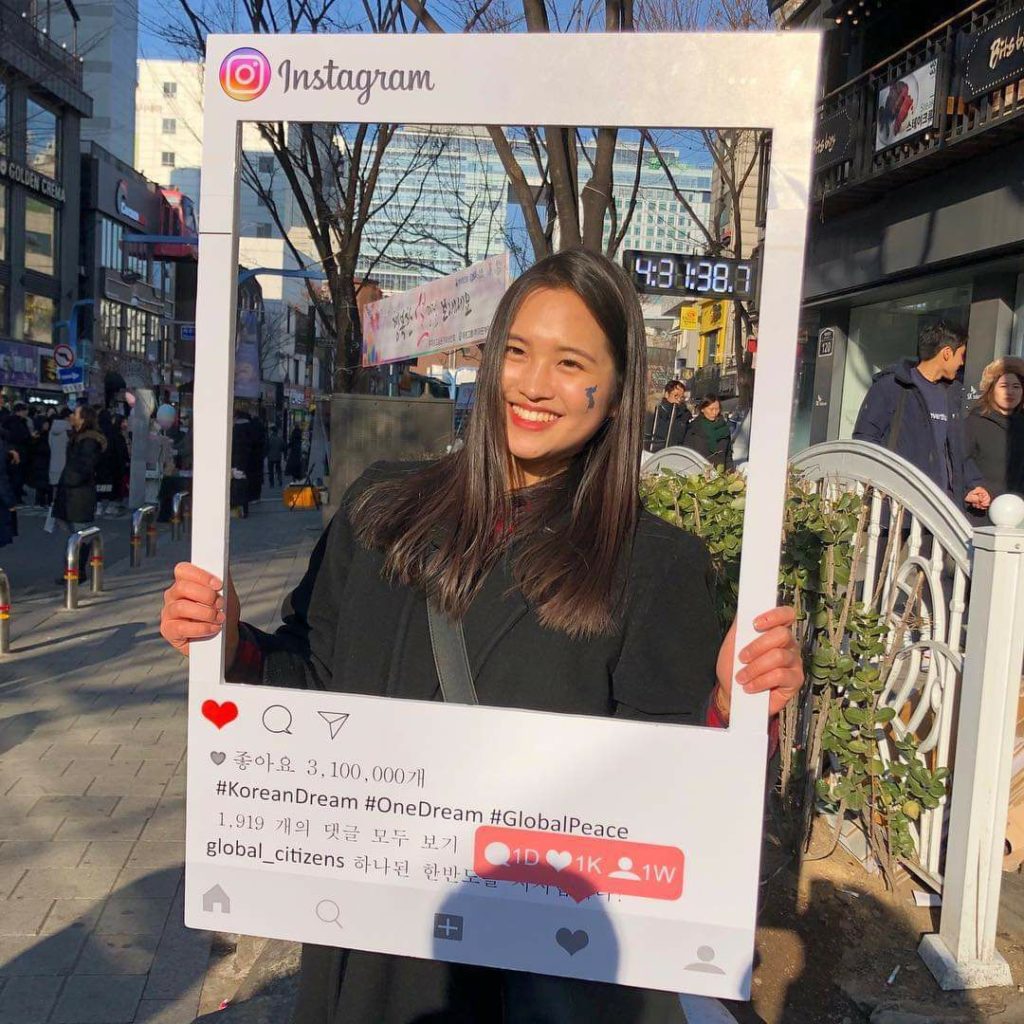 Korean native Wonmoon also volunteered for the One Korea Forum and shared her inner journey in finding hope for reunification. While growing up, Wonmoon had the opportunity to visit a North Korean defector’s house, participate in a bike tour to the Unification Observatory and be involved in campaigns, all in support of a unified Korea as articulated in the Korean Dream.

But somehow the passion wasn’t always there. Wonmoon realized she questioned the efficacy of their efforts in advancing reunification and as a result, her sense of passion dwindled. She shared, “I wasn’t sure if we could touch people’s hearts through our investment and if we could really have a positive effect on the Korean people.”

Wonmoon’s honesty reflects an inner struggle that even the most passionate and dedicated social activists experience in working toward a cause that doesn’t yield immediate results. She continued, “But what I realized is that no matter what kind of reaction people had, what we did until now could create the foundation of this Korean Unification movement. And even if it couldn’t make a huge influence, at least we could convey our heart and let people know that there are many youths who are passionate about Korean Unification.”

Any major social change begins with a belief in a set of ideas that have not yet materialized. Utilizing their collective effort, ordinary people spread those ideas through people-to-people connections, influencing an incremental shift in attitudes and behaviors and eventually transforming the wider culture and social institutions. So real progress towards advancing a unified Korea begins with a shift in perspective for what is possible for the Korean peninsula in the minds of the Korean people.  Wonmoon continued, “The starting point can be the youth developing an interest towards Korean Unification.”

Wonmoon is currently working with other youth volunteers to brainstorm ways in which to communicate this vision to other young people. She shared, “There is still homework left for me. I am trying my best to find an answer to the question, ‘How can we convey our message in such a way that resonates with people and encourages them to take action?’” 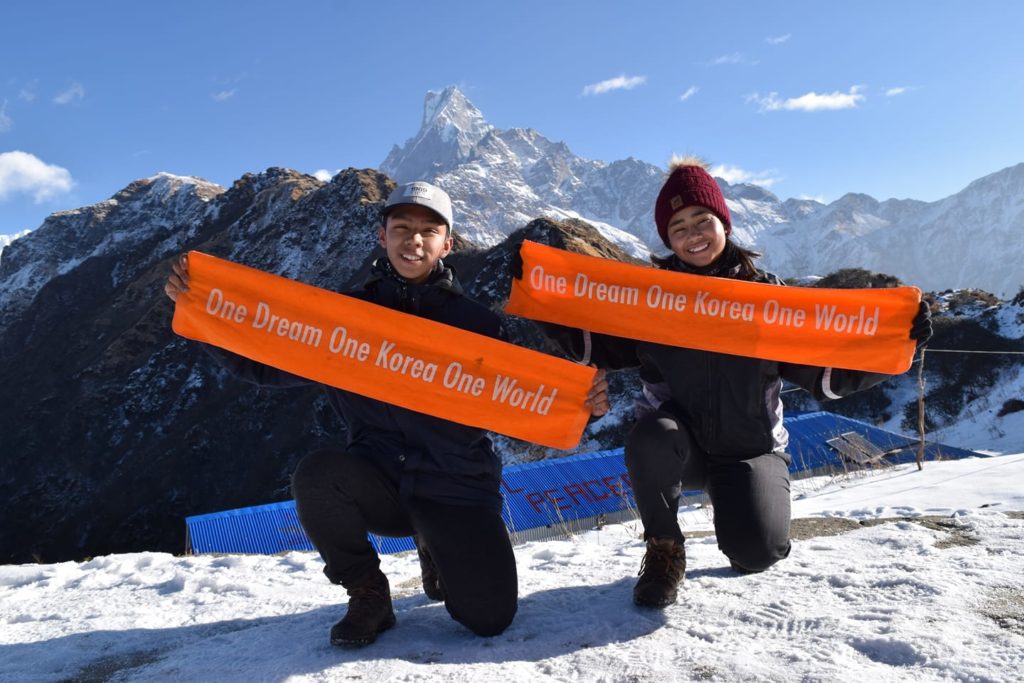 A volunteer from Colombia illustrated the point that we live in an interconnected world as a reason to support reunification and shared,

“I care about Korean Unification because Korean reunification represents a solution that the world needs now. Other nations around the world need to see a model of peace and unity. A few years ago, my own nation [Colombia] tried to solve some internal divisions similar to the Korean divisions, in terms of differences in ideology and politics, and it was a hard and rushed process. We didn’t have any precedent to follow. So, the process at the end was unfair and ineffective.

“Korea is the only divided nation in the world, but many other countries suffer from strong internal barriers as well. I hope Korea can set a good precedent for my nation and the world, and together we can build a peaceful and united world.”

Yeonsun, another volunteer, reiterated Agie’s point that families are still separated. Korea was one nation prior to the Korean War and so Yeonsun sees unification as “something that should be done.” Yeonsun also stated that unifying the two Koreas would greatly benefit the region and the world in terms of economic development and peace and security. 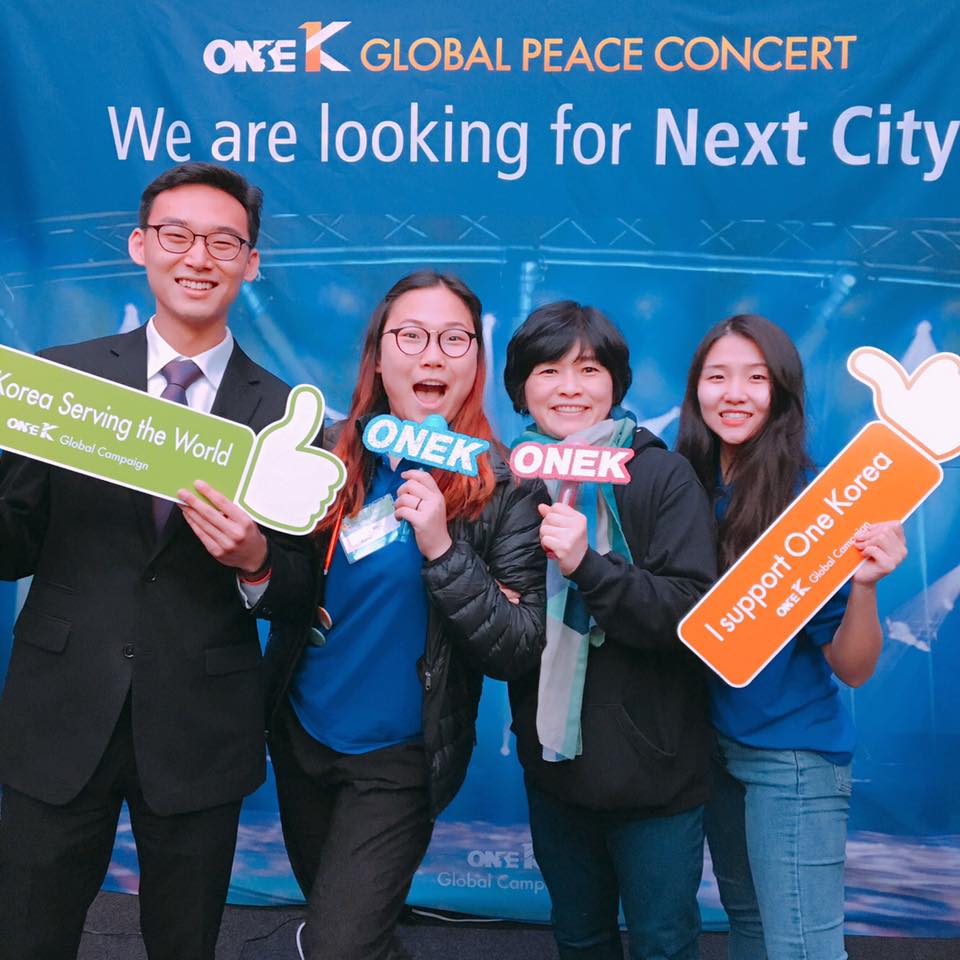 Hohyun’s reason for wanting reunification touches upon the heartbreaking reality of life in the North. Though Hohyun agreed on a conceptual level that unification was important based upon the education she received at home and at school, she only began to really yearn for reunification when she learned about the human rights violations of North Koreans. It was then that division of the peninsula moved from the abstract to a very real human issue. She shared,

“I could begin to grasp their unimaginable misery and to feel that I had an important responsibility in my life.”

With the influx of testimonies from youth across the globe involved in the One Korea Global Campaign, it becomes clear that the topic of Korean unification is relevant to all people around the world, whatever nation you call home. The Korean Dream is a dream of peace for our entire human family.

Learn more about the Korean Dream and join the campaign today.