Japanese Actress Shares the Dream of Korean Reunification through Film 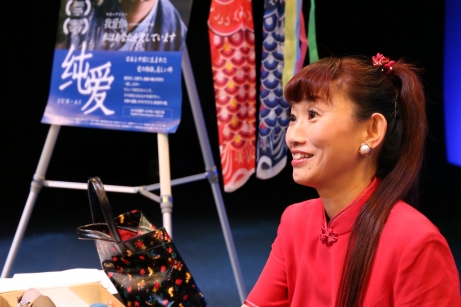 March 1, 1919 is remembered by Koreans around the world as a day that Korea peacefully marched for independence from colonial rule. Although unsuccessful at the time, one hundred years later, Koreans and non-Koreans alike, including Japanese actress Keiko Kobayashi, are standing up for a united and independent Korea. Moved by a vision to overcome past wrongs and emerge as a unified nation that can bring benefit to all humankind, the One Korea Global Campaign is brings together Koreans and their friends around the world to reignite the spirit of the March 1 Movement. 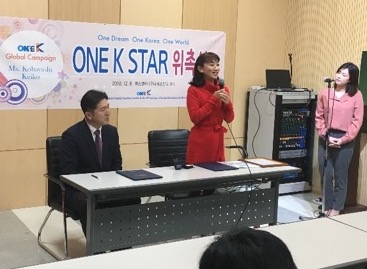 Keiko Kobayashi advocates for the One K Global Campaign

Keiko Kobayashi is a talented Japanese actress, screenwriter, and producer who uses her art to build bridges between people of different cultures and deep-seated tensions. She has promoted peace and reconciliation through her award-winning film, Jun-Ai, in which she co-starred, co-wrote, and co-produced. In an effort to bring about social transformation in the East Asian region, she is currently working to produce a second Jun-Ai movie, which imagines a reunified Korean peninsula and the beautiful human relationships that could arise out of friendly relationship between the three nations of Korea, Japan and China.

Ms. Kobayashi, Chair of Jun-Ai World Peace Foundation and recipient of the Global Peace Foundation’s Promoting a Culture of Peace Award in 2017, was appointed Ambassador of the One K Global Campaign (One Korea Global Campaign) on December 2018 in Seoul, South Korea.  As the 100th Anniversary of the Korean Independence Movement approaches on March 1, 2019, Ms. Kobayashi is working to raise awareness and draw support for the peaceful reunification of the Korean peninsula.

The Korean Independence Movement was a remarkable demonstration of the Korean people’s will to strive for self-determination and the dream to build an enlightened nation that spreads peace throughout the world. The One K Campaign is reinvigorating the Korean reunification movement through the Korean Dream, a vision and effort to build a model nation of an engaged and virtuous citizenry and a culture grounded in the ideal to benefit all humanity. 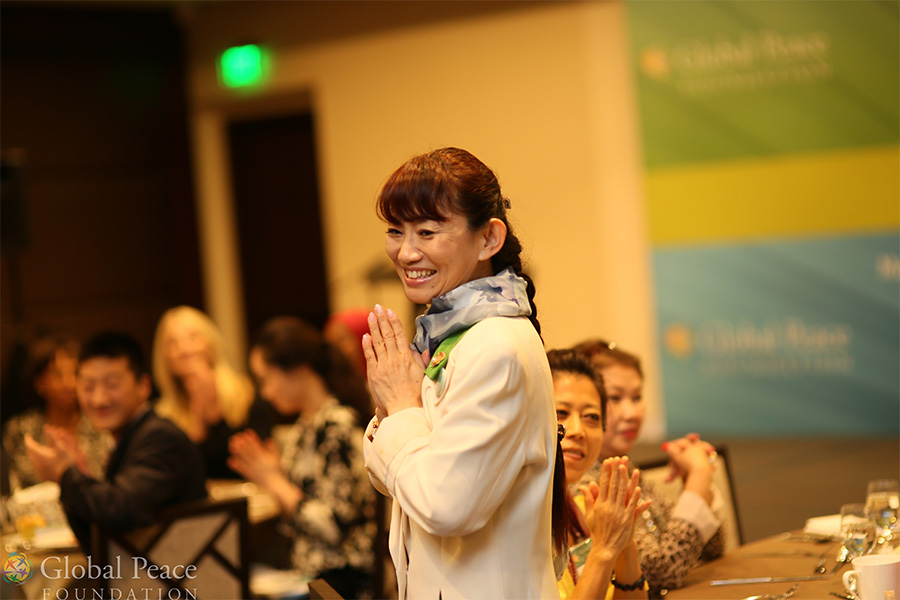 When a South Korean reporter from Sisa Journal asked Ms. Kobayashi whether she, as a Japanese national, might hesitate to support an event affiliated with the March 1 Independence Movement, she immediately responded “not at all.”  She explained that when she read the Declaration of Independence, she did not feel any anti-Japanese sentiment but felt the Korean people’s aspiration for peace at home and abroad. She explained, “I realized that they had great desire to develop peace with Japan. The Declaration shows the vision which we need to pursue in order to resolve the many international conflicts in our world today.”

Ms. Kobayashi pointed to the following passages, which reflect the Declaration’s spirit of peace and efforts to go beyond hate and enmity:

“We claim independence in the interest of the eternal and free development of our people and in accordance with the great movement for world reform based upon the awakening conscience of mankind. This is the clear command of heaven, the course of our times, and a legitimate manifestation of the right of all nations to coexist and live in harmony…”

“…we shall not blame Japan; we must first blame ourselves before finding fault with others. Because of the urgent need for remedies for the problems of today, we cannot afford the time for recriminations over past wrongs.”

“To correct past mistakes and open a new phase of friendship based upon genuine understanding and sympathy – is this not the easiest way to avoid disaster and invite blessing?”

The One K Campaign is working today in local communities throughout the world to renew this kind of hope and building a sense of unity within the hearts of the Korean people and their friends and supporters. We invite you to make the Korean Dream your dream. Find out more about the One K Global Campaign and sign up for monthly newsletters for the latest on Korean reunification from Global Peace Foundation.