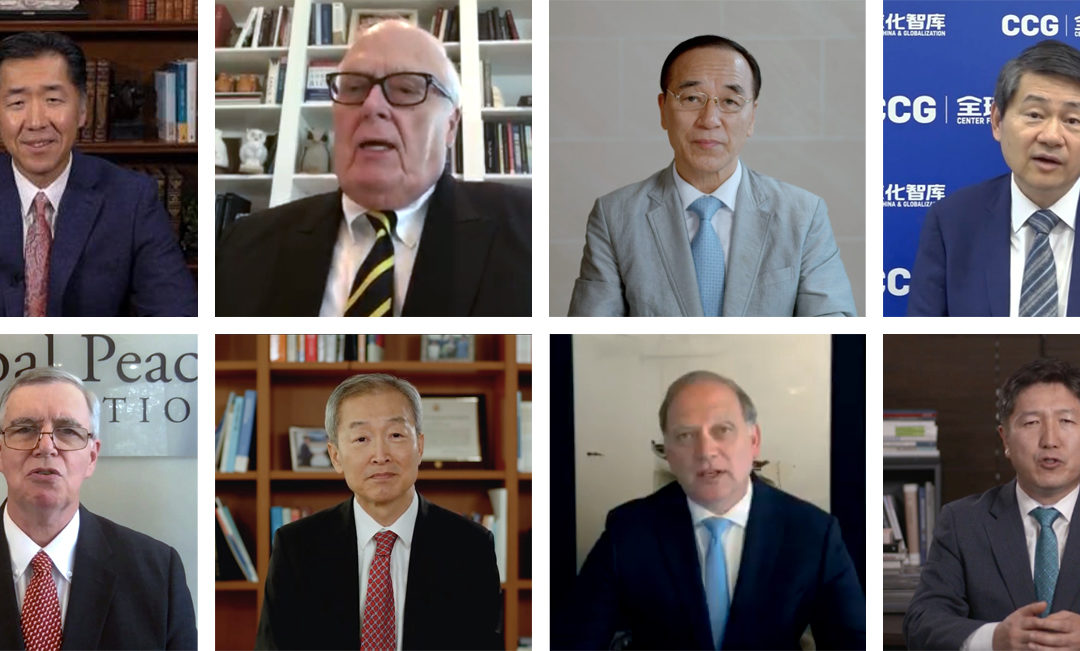 “Hongik Ingan – living for the greater benefit of all humanity—is the founding aspiration of the Korean people, and fulfilling it is their providential destiny mandated by God. Connected with other principles that call for the raising up of a virtuous citizenry, it represents the original ethic and moral compass of the Korean nation and Korean identity.” —Dr. Hyun Jin P. Moon (International Forum on One Korea 2020)

The 2020 International Forum on One Korea comes at an extremely relevant time in modern history. Hosted on the anniversary of a holiday still shared by both Koreas—National Liberation Day—the virtual forum of nearly 3,000 scholars, civil society leaders, and peace advocates representing 90 countries examined “Realignment amid Global Changes: New Opportunities for a Free and Unified Korea.”

With the clock running as presented by a nuclear North Korea, peaceful reunification is the essential and lasting solution to advance security in the region and world.

Representing the Republic of Korea, former ROK Ambassador to the United States and current president of the University of North Korean Studies, Ho Young Ahn, said the first step toward unification is to build national consensus based on the values of freedom, democracy, and human rights.

“During the past year,” he said, “we saw many developments inimical to those values, [including] a virulent, aggressive and hostile type of nationalism spreading around the world, which undermines those values we cherish, and, in fact, is undermining the basis for unification.”

Other speakers emphasized that the unification of the Koreas must be led by Koreans on the peninsula and in the diaspora but with a key role for the international community. Ultimately, civil society, not governmental institutions, should determine the character and principles of a unified Korea.

U.S. Heritage Foundation founder, Dr. Edwin Feulner, in his remarks, said Korea today stands at an important transition point that will require active participation from private voluntary associations that form a civil society. “More than ever, scholars and policy experts, faced with the failure of past efforts to improve, see Korean unification as the necessary way forward, even if difficult to achieve,” he said.

“The mobilization of citizens groups around common principles and the common goal of unification will have huge significance for Koreans on both parts of the peninsula.”

Dr. Feulner also cites Korean Dream: A Vision for a Unified Korea, which calls all Korean people to share in a vision for a peaceful, independent, and free Korea. He noted the importance of the ideal of Hongik Ingan, living for the greater benefit of all humanity, which is the founding aspiration of the Korean people and represents the original ethical and moral compass of the Korean nation and Korean identity.

Dr. Hyun Jin P. Moon expanded on the Korean Dream in his keynote address saying, “It is essential that a unified Korea recognizes the transcendent source of rights and freedoms for its citizens, as is reflected in its deep spiritual heritage. Emerging from division as a new nation, it must be rooted in a firm foundation of universal spiritual principles and moral values. These form the essential bedrock for true liberty.”

The Korean Dream approach is already inspiring a “people-power” movement that is forging a global consensus for principled unification. At the core of the issue of Korean reunification is a fight for civil rights, including religious freedom as a basic human right and essential to the pursuit of moral, purposeful life. These human rights—which have been desecrated in North Korea—must be brought to the forefront of a united Korea.

The August forum continues an extensive record of expert forums and conferences around the world organized by the Global Peace Foundation together with a growing body of civic engagement under the Action for Korea United coalition. The convenings seek to build support for a free and unified Korea after decades of largely ineffective diplomatic and military attempts to resolve the global security and human rights challenges presented by the North Korean regime.