North Korean defectors and South Korean citizens are connecting through simple but effective grassroots projects that are helping to build economic capacity for women defecting from North Korea while also providing a place to nurture relationships between Koreans from both sides of the 38th parallel.

In addition to the political and social challenges, economic collaboration will be one of the most urgent challenges that a newly reunified Korea will have to address.

People-to-people connections and civil society engagement will be crucial in addressing such complex challenges, helping citizens from the North and South see each other as one people: one family.

With this in mind and while envisioning a future of shared prosperity on a reunited peninsula, the women’s division of Global Peace Foundation provided defectors with a chance to learn new skills and collaborate with South Korean entrepreneurs through North Korean Defectors Entrepreneur Training ENM (Educating + Networking + Mentoring).

North Korean women worked together to grind soybeans with millstone, boiling and then pressing them into a wooden frame. This hands-on learning experience to make tofu in the rural South Korean village of Cheongjung Sinheung was just one stop on their tour of food and drink industries for the group of women that defected from the North. 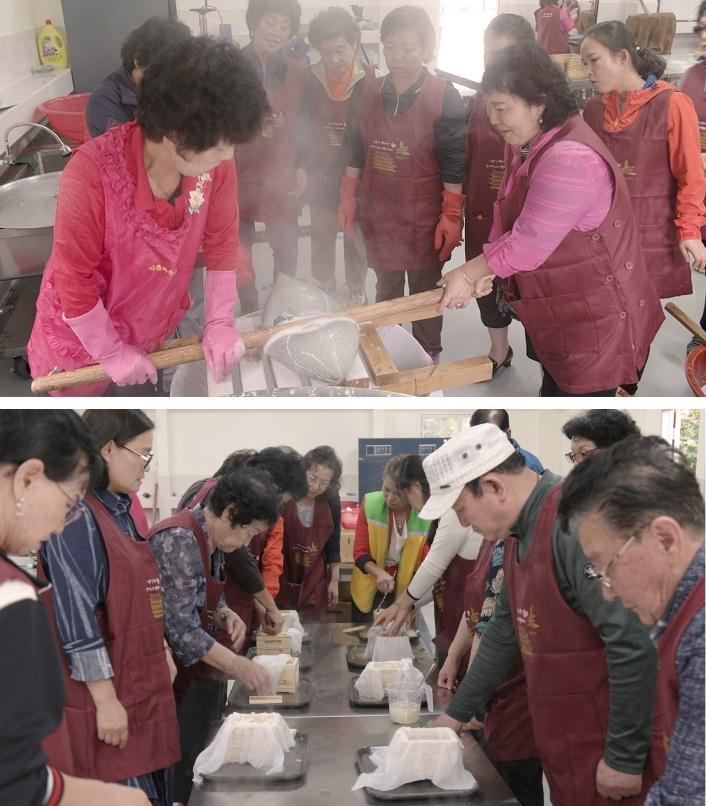 As North Korean defector women are often breadwinners of their families, the stakes for finding jobs and starting businesses are high. With their newfound freedom in the South, these women may explore possibilities for economic development that they never dreamed of in the North. Yet, navigating through the unfamiliar and competitive job market in the South is a daunting task. GPF’s training program empowers these women by providing skills training, networking opportunities, mentoring, and industry exploration. Within a supportive community of mentors and other North Korean defectors, these women gain confidence in their job search or in starting their own businesses. They find renewed hope for shaping their own destinies for the better.

On this industry tour, the women learned about Guksundang’s Hoengseong (Industrial Complex) Plant’s 30-year manufacturing history and observed the production lines. They also learned about the process of promoting and selling products and signing contracts at the GTI International Trade and Investment Fair, an event where businesses from over 50 countries participated.

After the tour, Professor Heung-ryul Pyeon of Seojeong University gave a presentation at the Global Research Institute in Taebaek City. “The recent baby boomers of the 1960s are jumping into small-scale businesses, and 70 percent of them close within five years. For North Korean defectors to succeed in starting their businesses, they need to understand the culture of South Korean society and realize their strengths well.” He shared success stories of KFC founder Colonel Harland Sanders and Hyundai Group Chairman Ju-young Chung to illustrate his main point. “The most important thing, even more than creating items and management capabilities, is the indomitable spirit.” 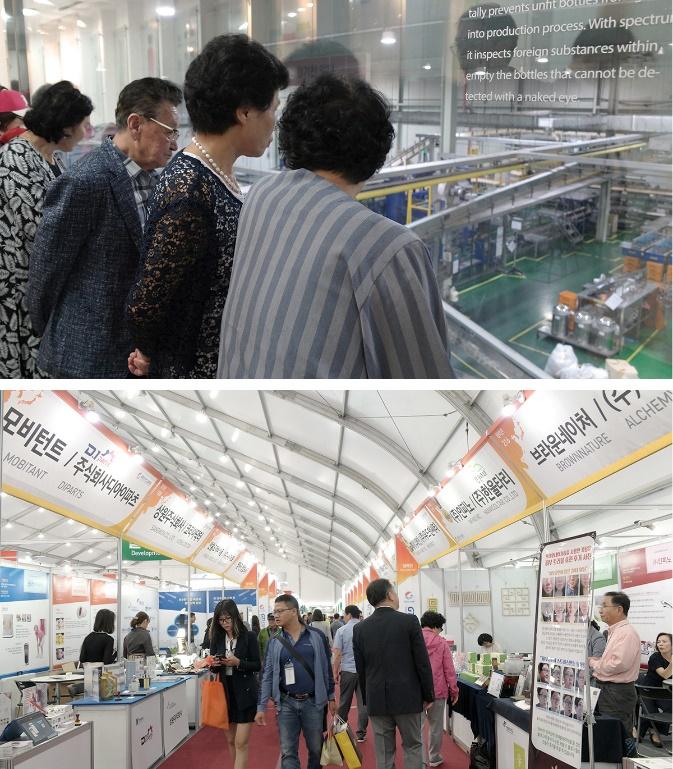 In working to empower North Korean defector women and engaging them with their brethren in the South, GPF is laying the long-term groundwork from which to address the larger issue at hand—the long hoped-for reconciliation of the Korean peninsula.

Although economic empowerment for North Korean defector women is an important endeavor, GPF is simultaneously working to address the larger issue at hand, that is the division of the Korean peninsula.

Kim Mi-hwa, president of the Women’s Division for GPF Korea, also gave a presentation and shared her hopes for reunification, “South and North Korea have virtually lost their national identity for 70 years after the division… We need to recognize that through unification, the opportunity has come for our people to be leaders in the 21st century. We should work toward unification with one common vision between the two Koreas.”

She encouraged participants to be a part of the One Korea Global Campaign, a grassroots movement to bring awareness and draw support for the reunification of the two Koreas. As the 100th anniversary of the 1919 March First Korean Independence Movement draws near, Ms. Kim reminded them of the once unifying vision of the Korean people, the hope of a free, independent, and unified nation that upholds human rights and freedoms.

At the conclusion of the tour, one participant shared her experience saying, “I was able to gain inspiration and confidence in starting a new business by looking at the creative products. Through making tofu on our last part of the tour, I was able to discover the value of traditional Korean cuisine, and I am thinking to start a business.” She also commented on Ms. Kim’s presentation, “Hopefully, we reunify as soon as possible, and North Koreans will get a proper historical view. Unification is the only way to correct the distorted history education we receive in the North.”